Acrid smoke rising up from the embers greedily devours the oxygen. Hard rhythmic hammer blows crash down on glowing hot metal. Ice-cold water rushes past the window turning the mill wheels. It’s a scene just like 200 years ago – to be taken in at the “Wappenschmiede” (blacksmith’s workshop) in the valley of Elmstein where Benno Münch has made the age-old handcraft of the blacksmith come alive again in a “working museum.”

“To toil here almost each night was incredible physical labour. As a blacksmith, you would not have grown old – but become deaf, that’s for sure.” His thick woollen cap pulled down over his ears and wrapped up warm and tight in his anorak, Benno Münch is standing at the bank of the Speyerbach stream. The many cold winter days with clammy weather down here in the shady valley take a toll on his health, too. But no matter if he has a cold or not – you can meet him here almost every weekend at the Wappenschmiede in the Elmstein valley where he spends all of his freetime. At the same time, he remains modest and realistic: “It takes an initiator to get things on track and keep them flowing, but many craftsmen with technical expertise, helpers and donors are even more demanding than I am.”

Here, in the middle of the Palatinate Forest, between the villages Frankeneck and Johanniskreuz, ruins and historical monuments from the past 800 years are squeezed into an area measuring 24 kilometres in length. Castles from the Staufer era and church steeples, mills and sawmills, old pubs and paper factories are strewn about. With the decline of forestry, many valley inhabitants moved to the cities along the Rhine. And today it seems as if the forest was fiercely determined to reclaim the land stolen by Man, centimetre by centimetre. The dense greenery created by birches, oaks, pines and spruce expands all the way down to the Speyerbach and the railroad tracks of the steam-driven “Kuckucksbähnel.”

Everyone in Elmstein knows that the old Wappenschmiede is located on the “Teufelsinsel”, the devil’s island – in the middle of the Speyerbach. This name bespeaks embittered struggles of the mill habitants for existence over an area just a few square metres large, a broken family and hostile neighbours. It probably was Johann Adam Lanz who put the hammer mill and the saw mill into operation in 1792. When he died in 1822, his son Andreas inherited the mill; he had already given the smithy to his daughter and her husband Georg Römer ten years earlier. “The smith back then always had the upper hand. He could cut off the water supply for the sawmill.” Benno Münch tells the story about the battles over the water distribution in the valley grippingly and down to the last detail. The conflict did not end until 1899, when Theobald Haag, the grandfather of the last blacksmith of Elmstein succeeded in settling the quarrels which ruined both smith and miller. 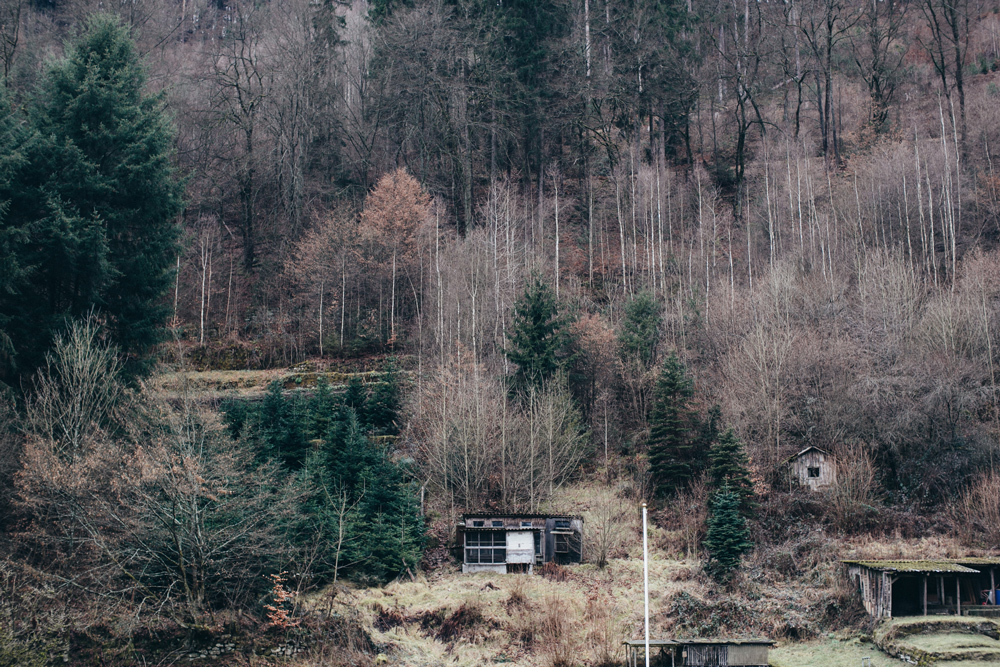 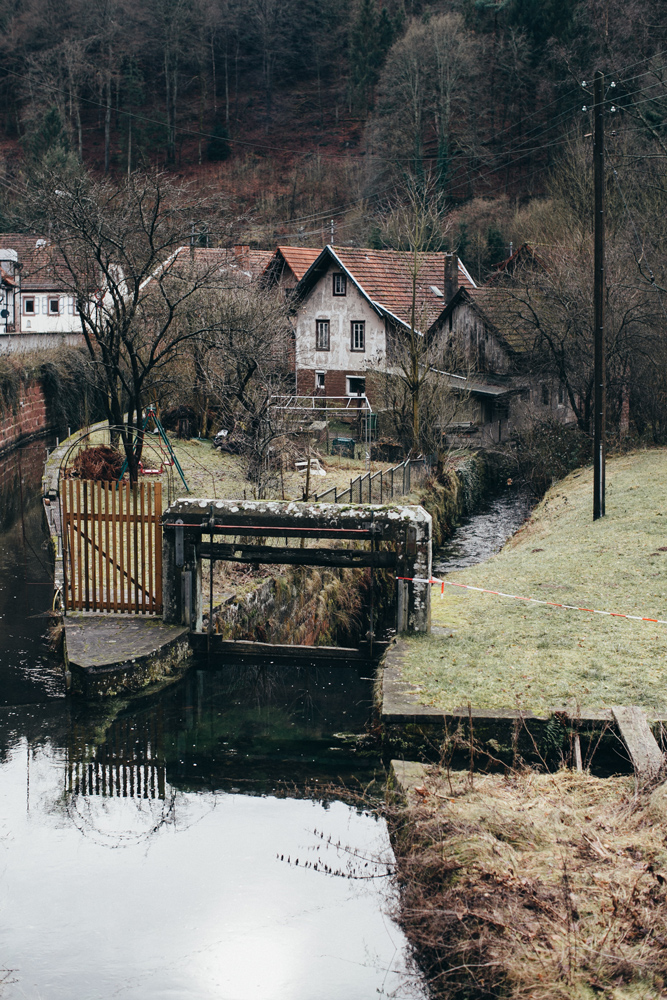 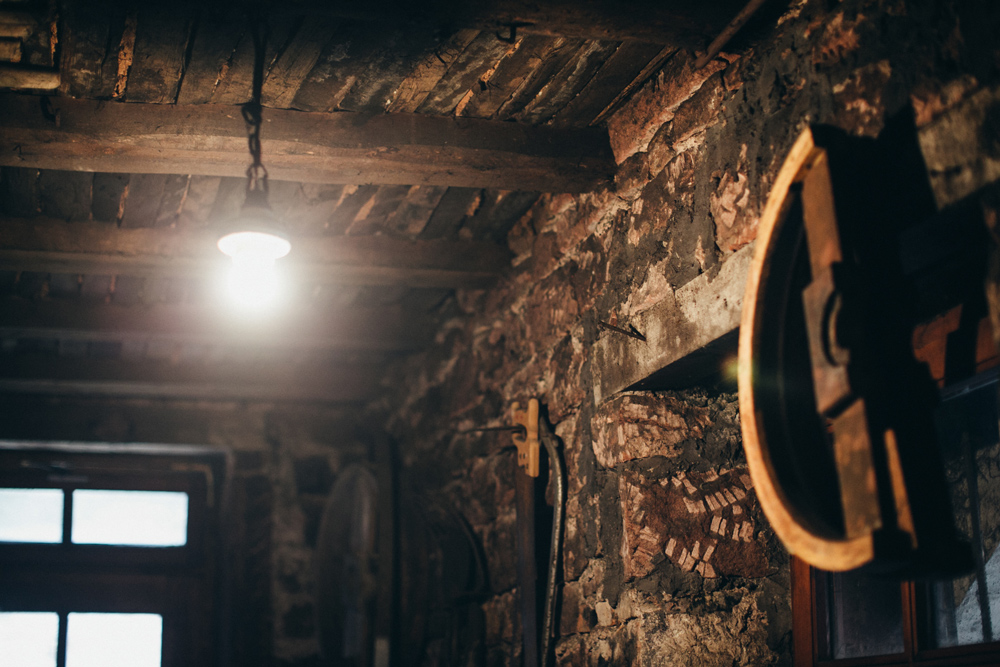 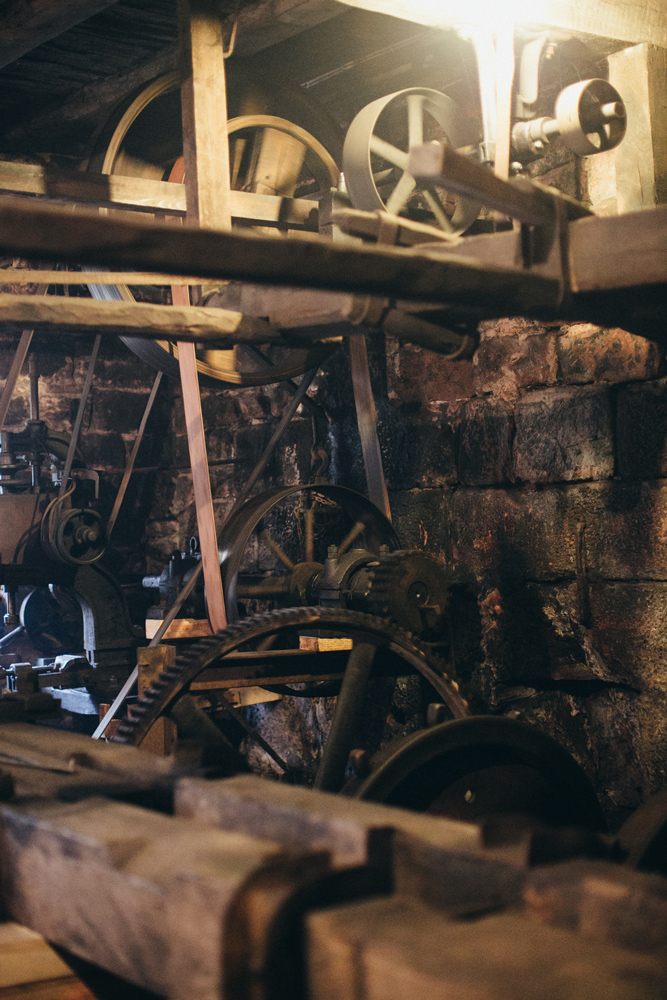 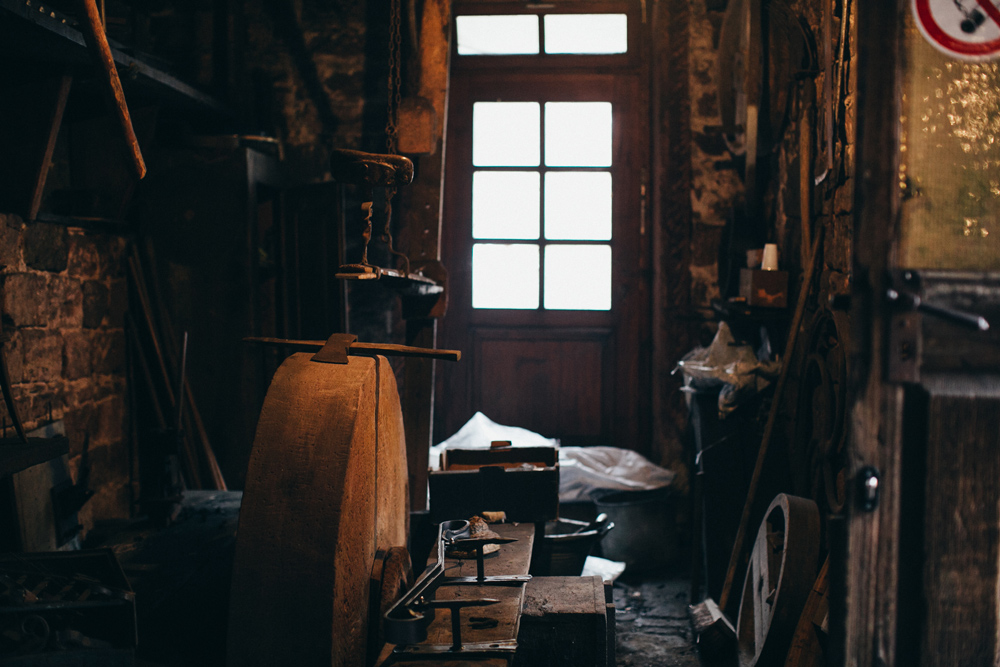 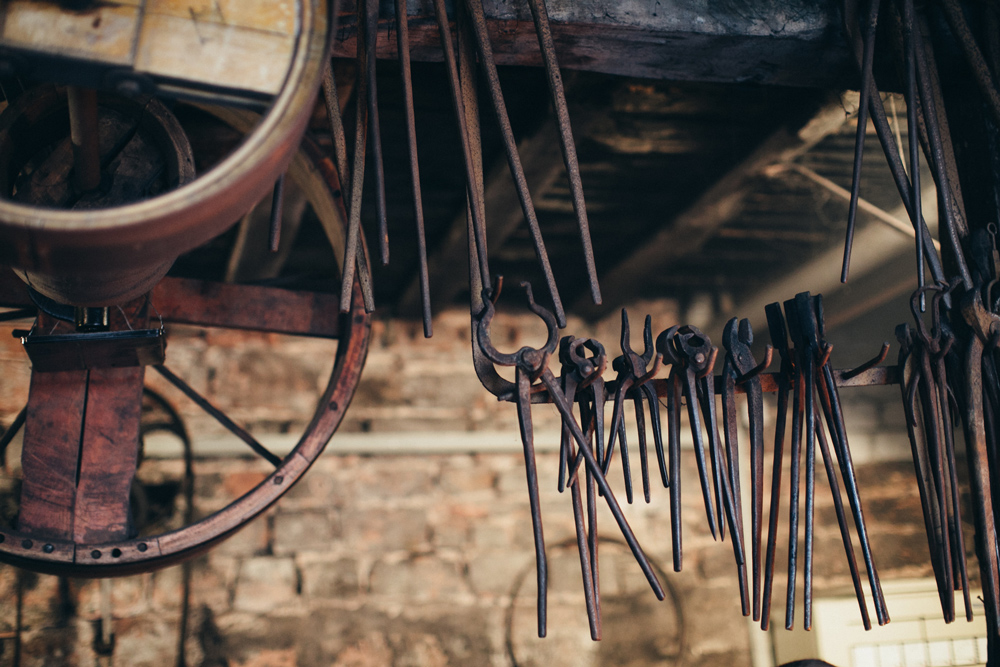 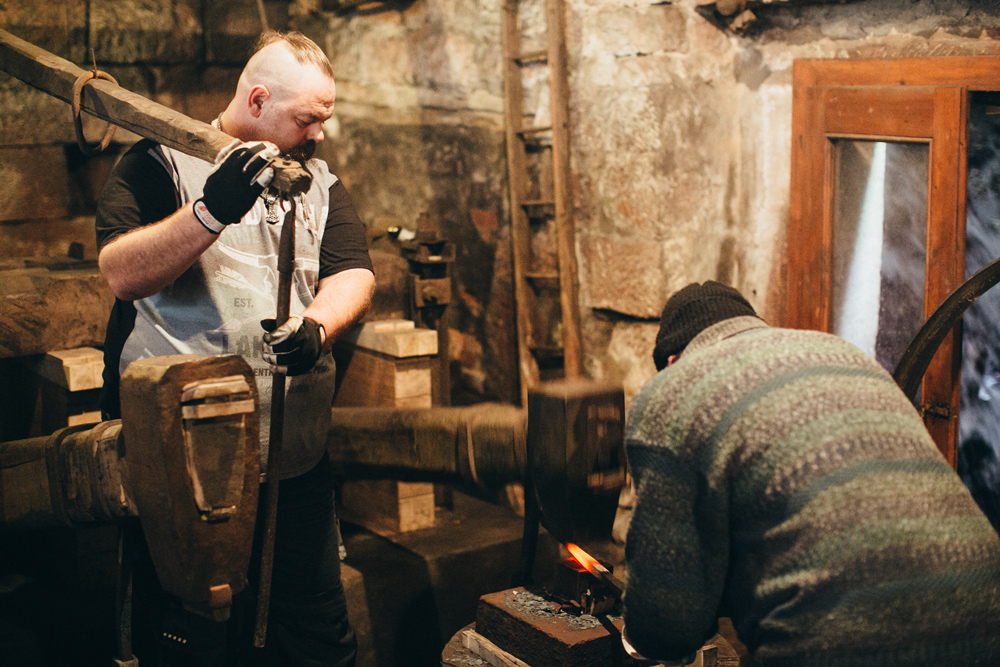 Today, the ensemble consisting of blacksmith’s workshop and sawmill – located underneath a castle ruin from the Staufer period dating back to the 13th century – is protected as a historic monument. For almost 200 years tools were manufactured here. For forest workers, stone crushers and raftsmen who used the Speyerbach for log driving. It was Heinrich Haag who, in the beginning of the 1970s, put the hammers with their infernal roaring sound into motion for the last time. After his death the embers of the smithy went out and the decay of the facility began. The mill wheel stood still for more than four decades until Benno Münch came, saw – and remembered a childhood incident:

“In 1969, I was in the Allgaeu region in southern Germany on a school trip and there I snuck off with some other boys in order to visit the “Hartmann’sche Hammerschmiede”, the hammer mill in Bad Hindelang.  Fire, water, air and earth – the interplay of the elements in the hands of a virtuosic smith, the smell, the heat of the blacksmith’s workplace, the smoke, the deafening noise, the power emerging there and the interesting hammer mechanism with its various water wheels – this took hold of me.”

Youthful enthusiasm developed into a hobby, which over the years evolved into a passion. When a stroke of fate hit Benno Münch’s family severely, the teacher felt as if someone had pulled the rug from under his feet. Suddenly he has spare time – lots of spare time to spend well. A meaningful task is needed, something that brings a sense of purpose to his life. He starts looking for a historical mill he can bring back to life. And he knows them all: the weather-beaten, the recreated, the former and the properly maintained mills – everywhere in Germany. But then the Mannheim-born mill enthusiast makes a find in his metropolitan region Rhine-Neckar of all places: in the Elmstein valley – at a place deeply steeped in history which seems to be from a different time altogether.

As he starts to commit himself to his desired project he is at first confronted with a confusing ownership situation and unclear usage rights. But patiently, carefully and with an open ear to the concerns of Elmstein’s inhabitants he pursues his aim. Since the founding of a friends’ association in 2012, he has felt support to further promote his project. Even building the fish ladder succeeded, which was a necessary prerequisite for regaining the forfeited rights for water usage. “I just hope that our Palatinate crayfish do not fall prey to the EU salmon when they appear here one fine day,” Benno Münch today says laughing. His joy and relief about the fact that the blacksmith’s workshop once again went into operation as a “working museum” in May 2015 becomes very apparent. “The many visitors on our open workshop days are best proof to me that Elmstein’s Wappenschmiede is something very special – and not only for mill freaks like me.”

There are plenty of mill enthusiasts now. The blacksmiths of the friends’ association and its active circle of supporters stand in front of the blazing fire of the forge on workshop days and invite guests to join them to forge some nails, true to their motto to make “Neggl mit Kepp” (“nails with heads”) as the Palatinate say – meaning that you make a real job of it. And that is very much according to Benno Münch’s beliefs who made his own dream come true and saved an archaic working world from oblivion. So now three heavy hammers send the heartbeat of the old smithy resonating through Elmstein valley once more. 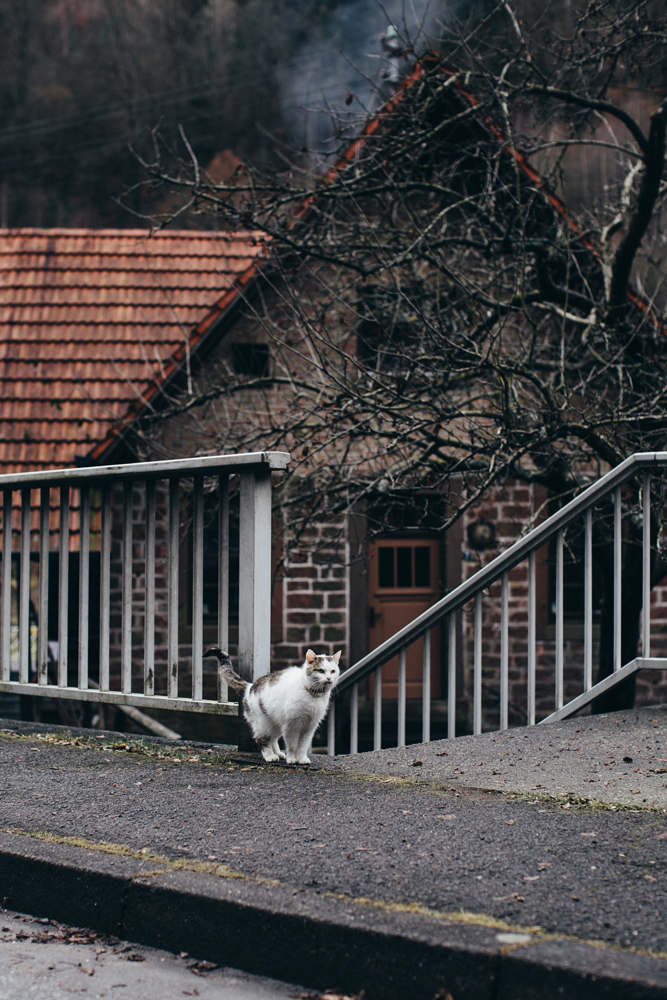 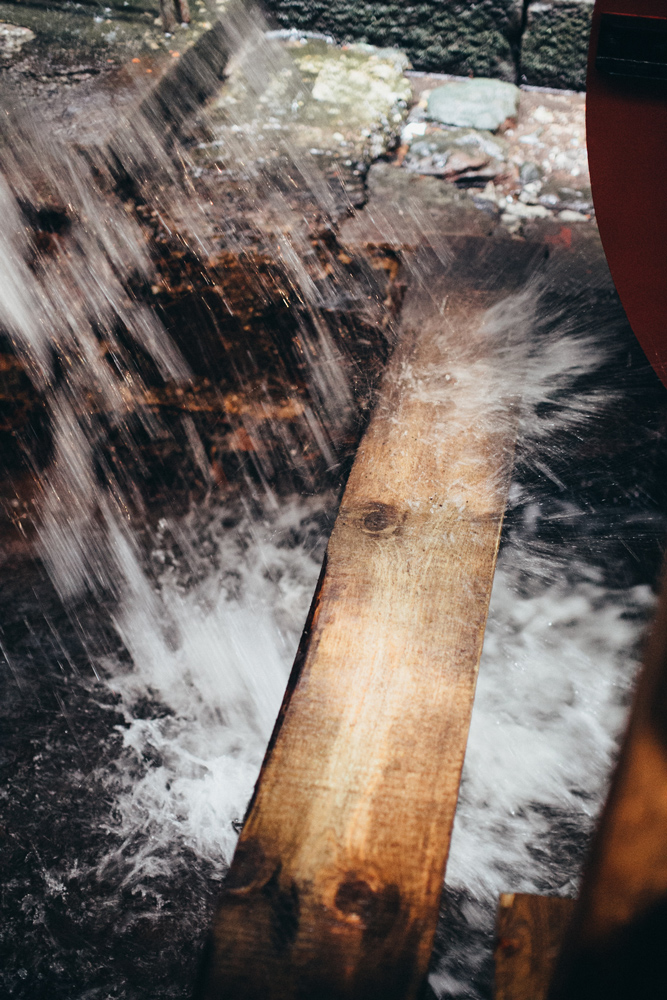 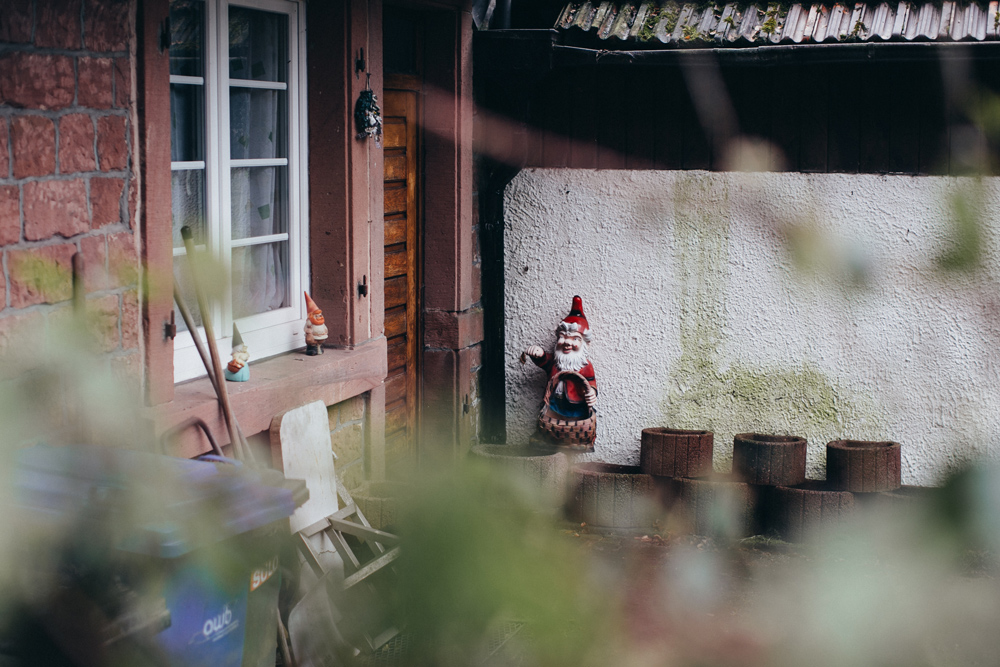 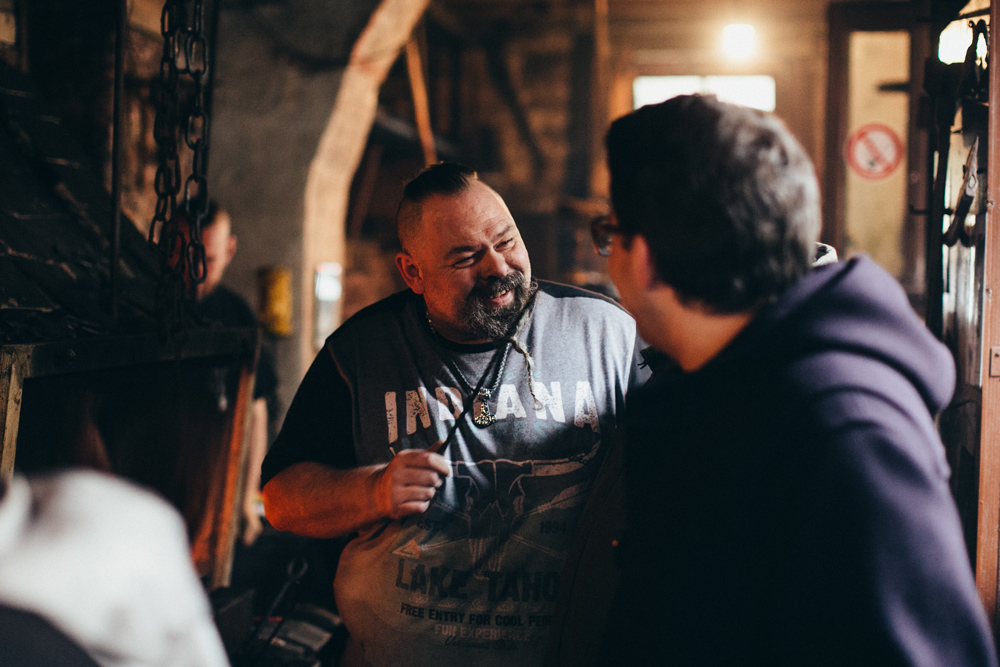 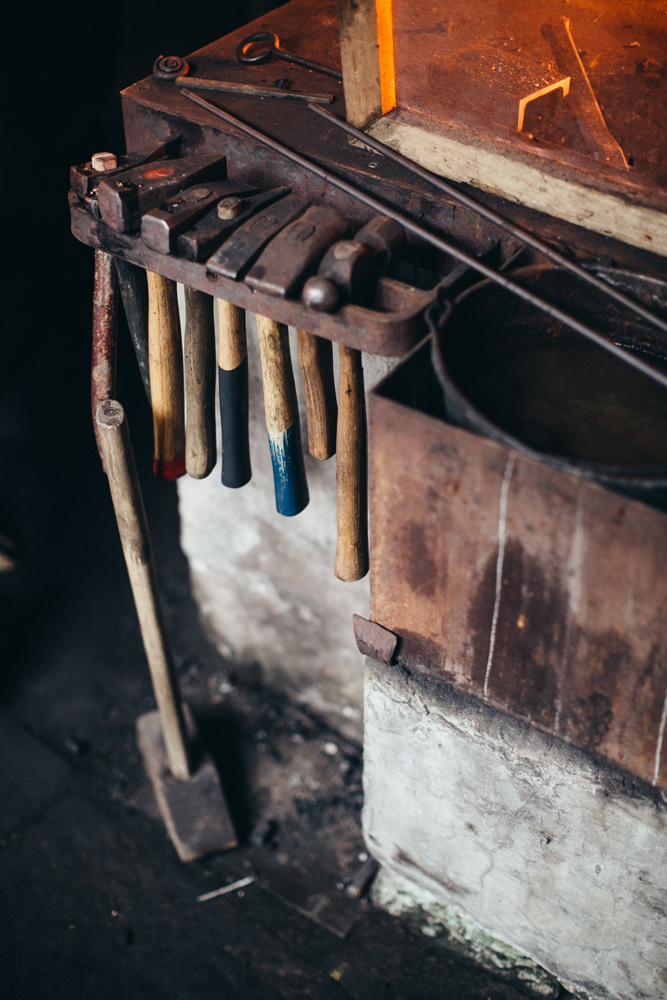 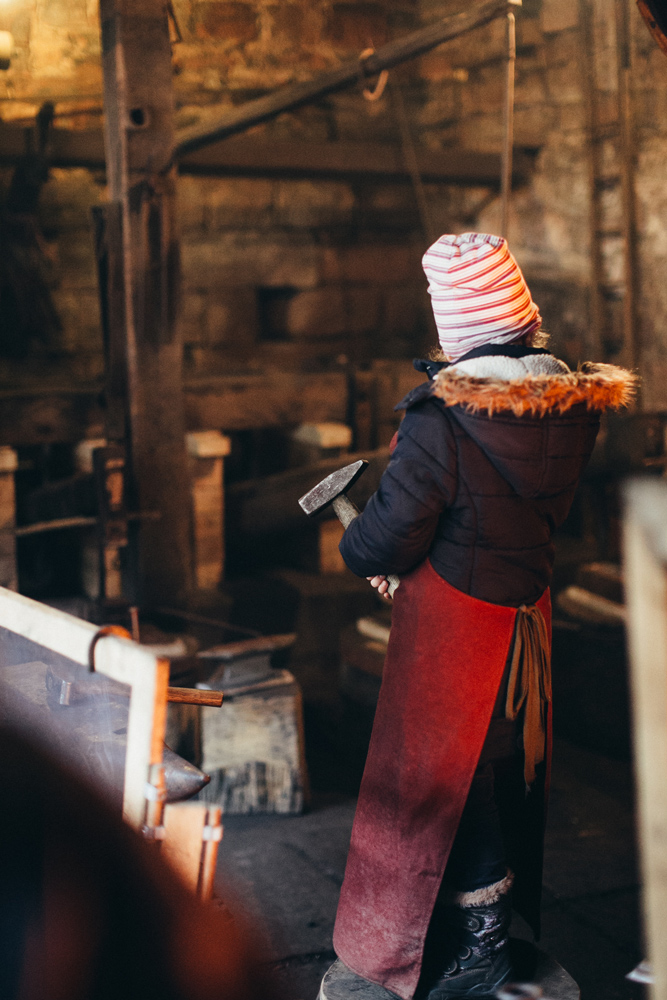 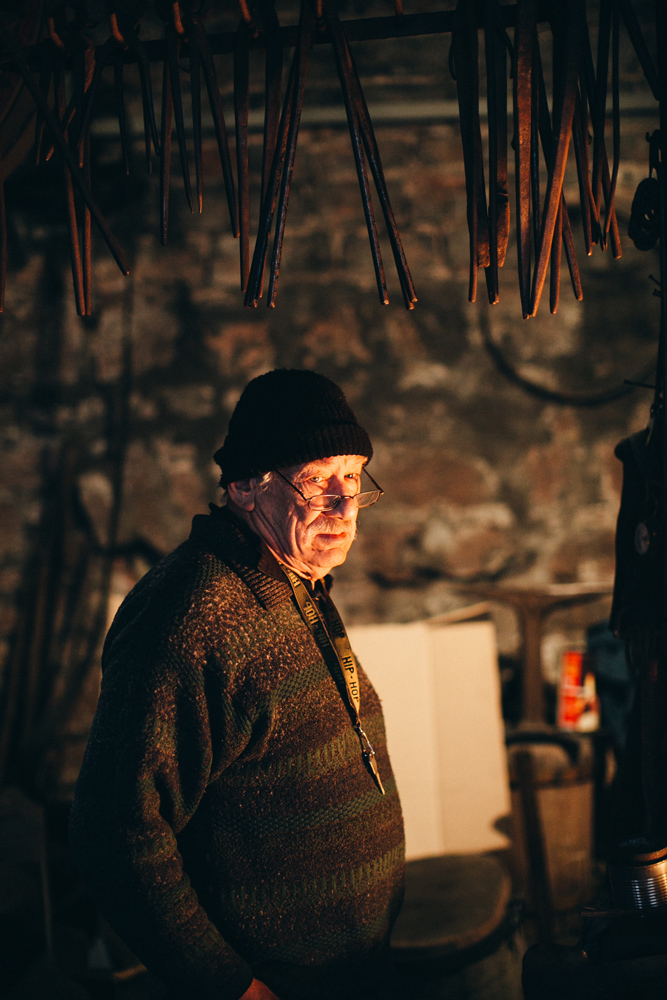 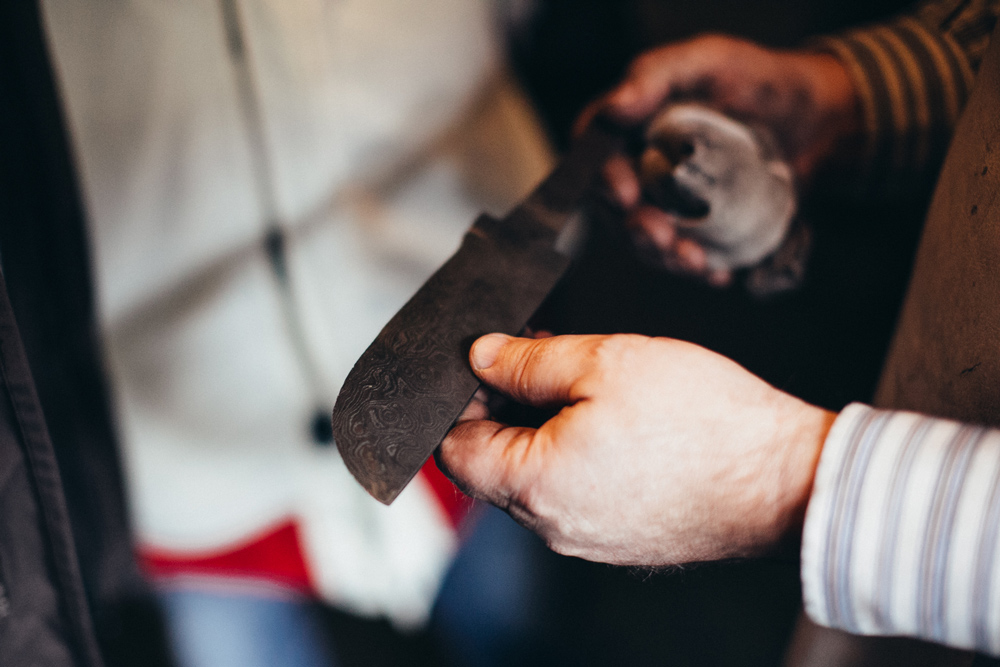