A palace waiting for the wake-up kiss

Volker Gallé and the Empire in Herrnsheim.

“This really is an insider tip, not many know this palace yet,” Volker Gallé says greeting his guests. He unfolds his arms and descends the broad palace stairs making you feel as if you were beamed into a different age altogether. And indeed, judged by his beret and full beard the culture commissioner of the city of Worms looks just like what you imagine a lord of the palace should look like.

“My top priority has always been to preserve the identity of Rhine-Hesse and make people aware of it,” the notorious cultural advocate explains while we approach the palace. His passion is to promote culture, to be fired up for a cause, and to pursue it indefatigably and with full vigour. After he finished his studies in Mainz, his first job was that of a music teacher, then he worked as a local journalist(editor) in Alzey for a couple of years, and he was actively involved in the peace movement. He was also one of the founders and spokespersons of the Green Party in Rhineland-Palatinate. As a songwriter and author of books, he wrote texts in the dialect of Rhine-Hesse. You don’t have to understand them right away, but they have their beauty, that much is certain. His first stage appearances were with the “Schnoogefänger”, the “mosquito-catchers”, later he proceeded to performing his solo programme and giving concerts singing political songs. Those were turbulent times, when each word was fought over, politics were still alive. And so is Gallé himself. He edited more than two dozen books. “They are mostly about the history and culture of Rhine-Hesse.” Just like in Herrnsheim Palace.

More than just lawns, woods, ponds and an island.

Step by step the city of Worms rescued the palace estate from neglect and made it accessible to the public. Some parts of it are let now and house a café, a restaurant, an oil mill and the wine estate “Chateau Schembs”, which also organises concerts in a quaint barn. “We want to revive the palace as a cultural and touristic highlight,” Gallé explains who eagerly presses ahead with the project. 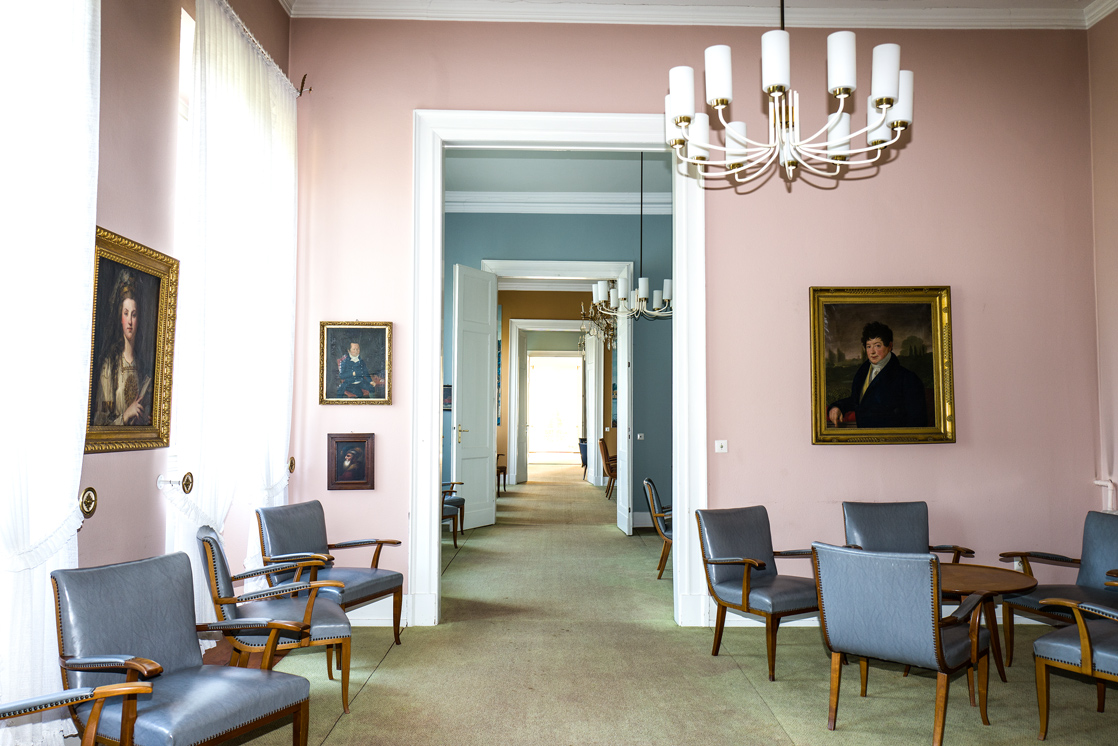 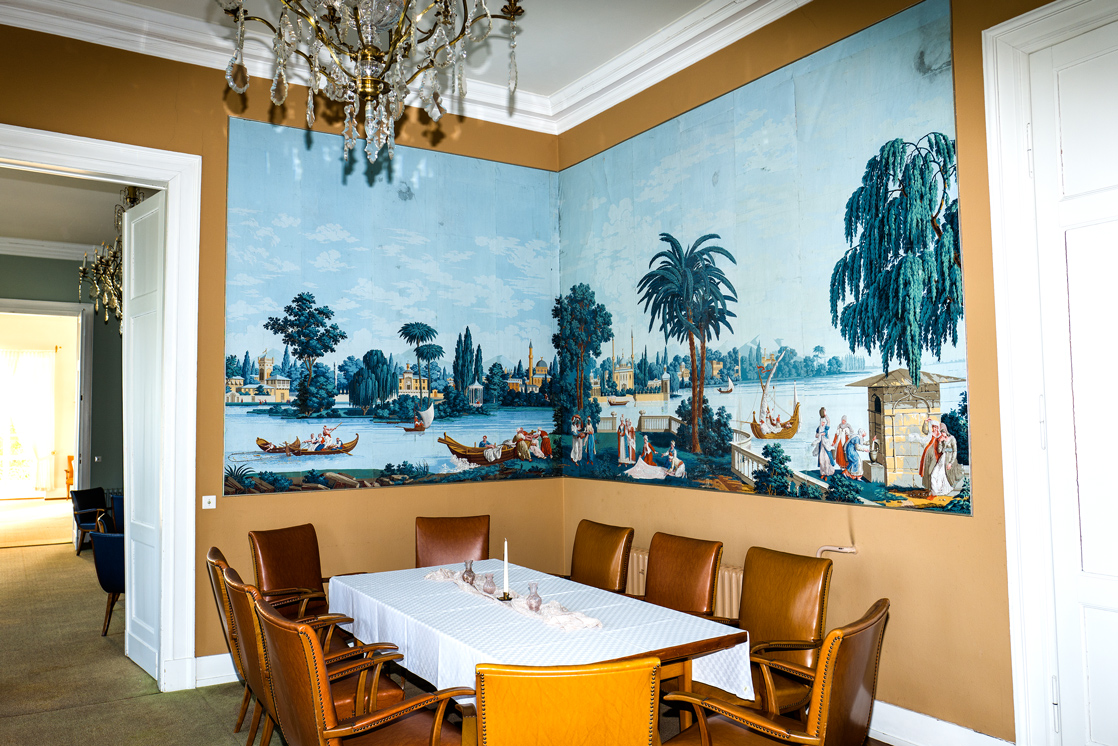 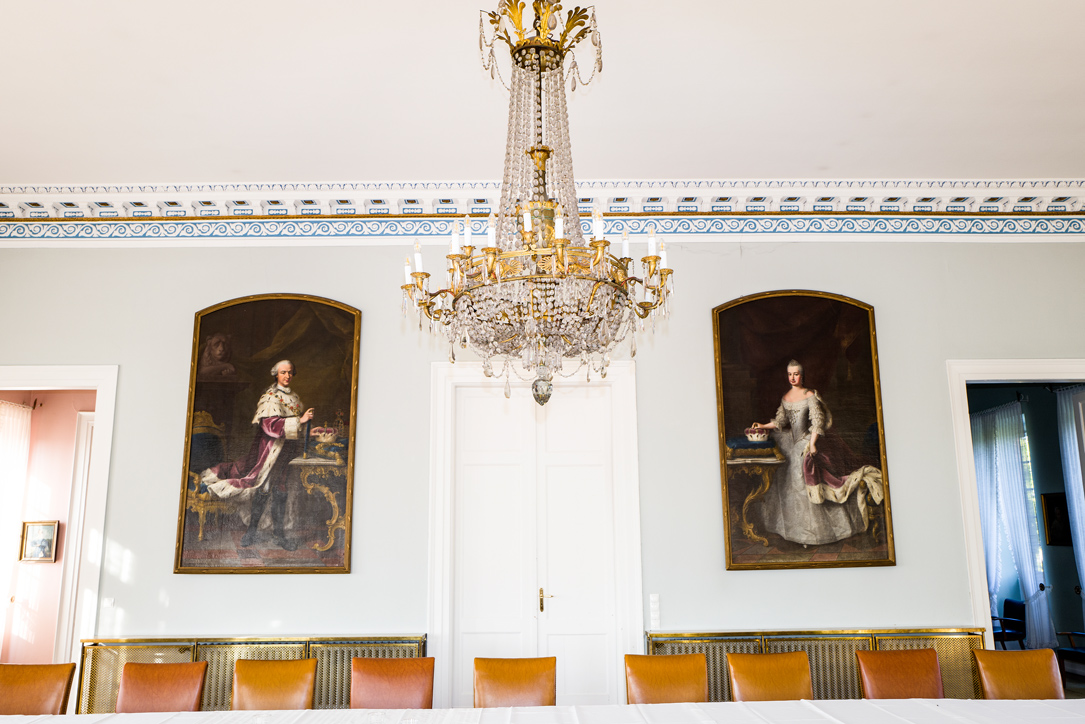 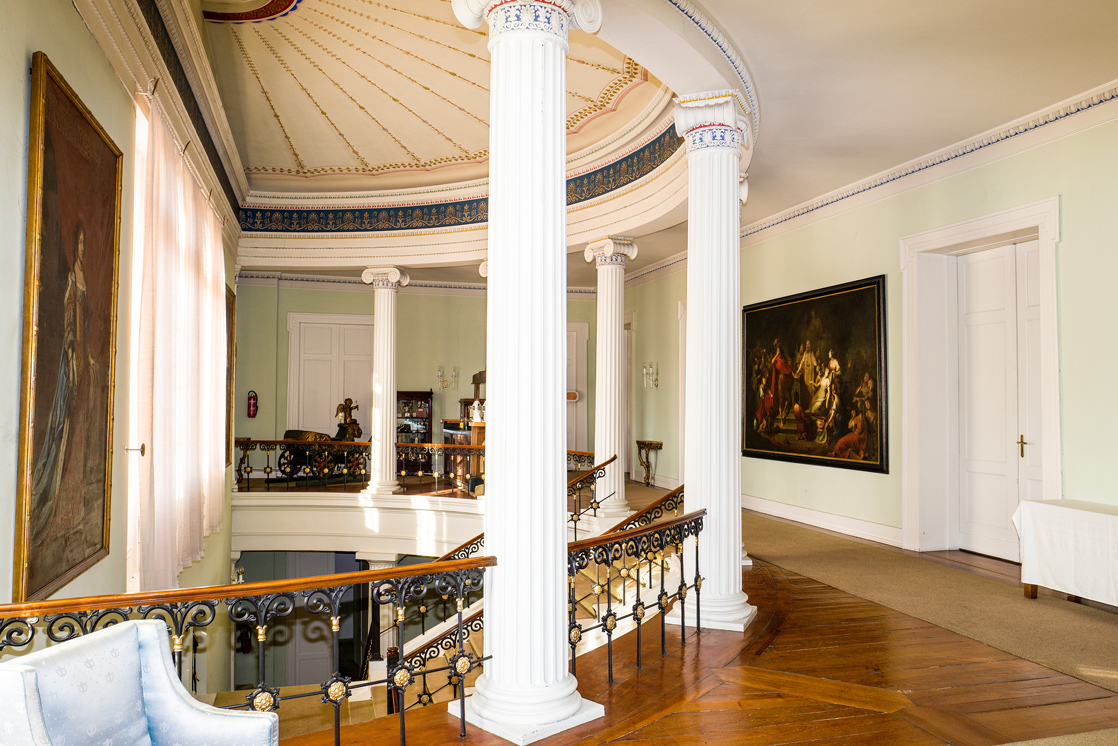 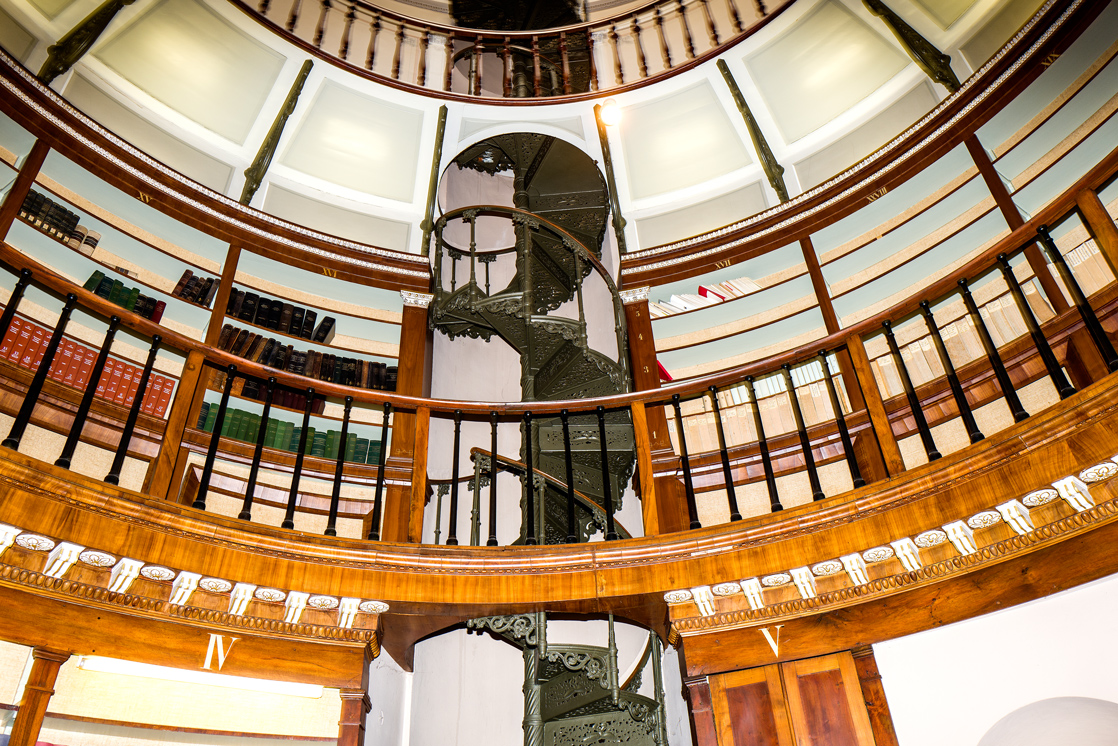 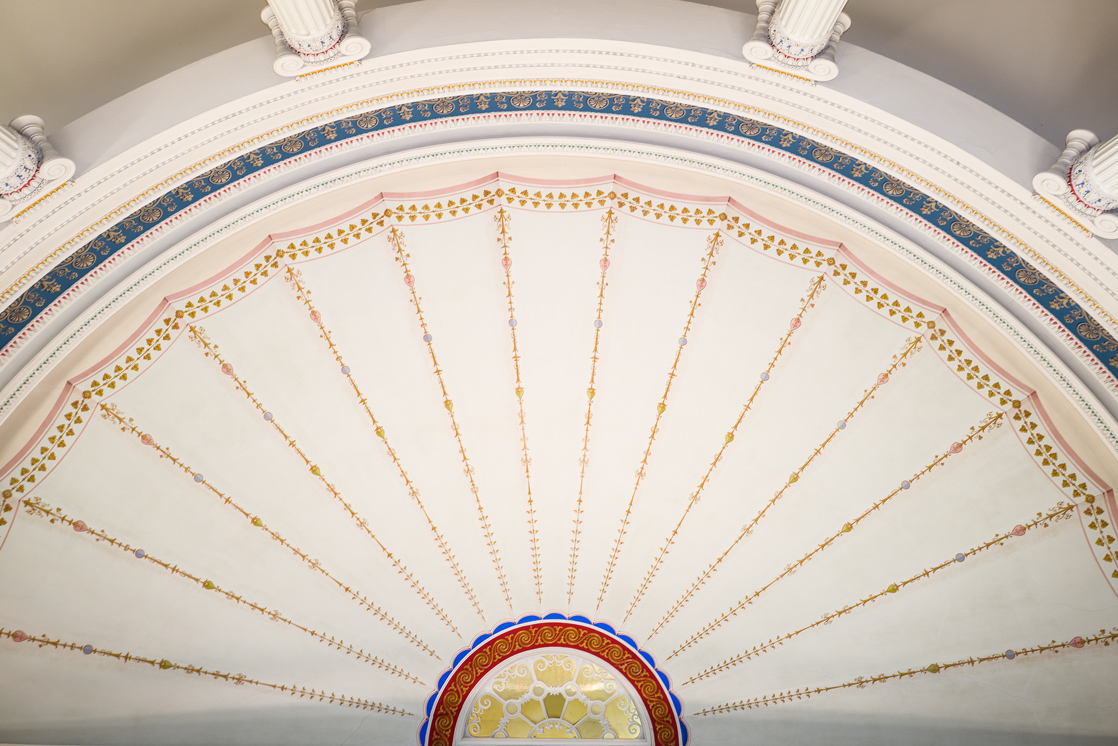 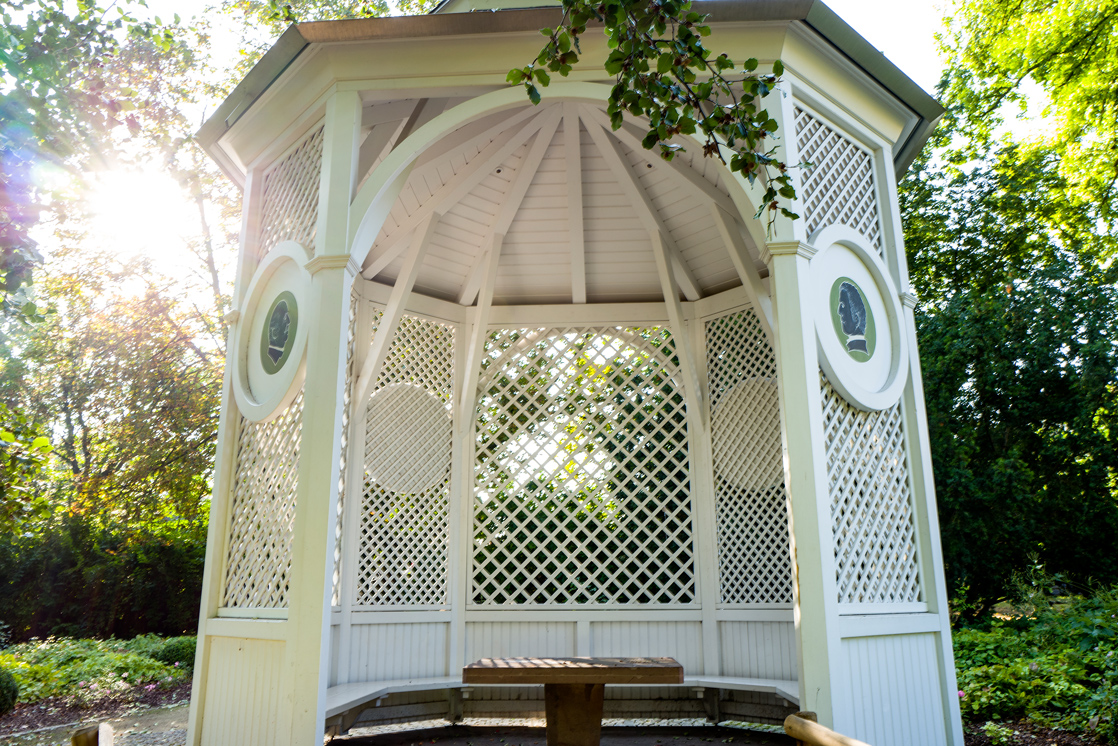 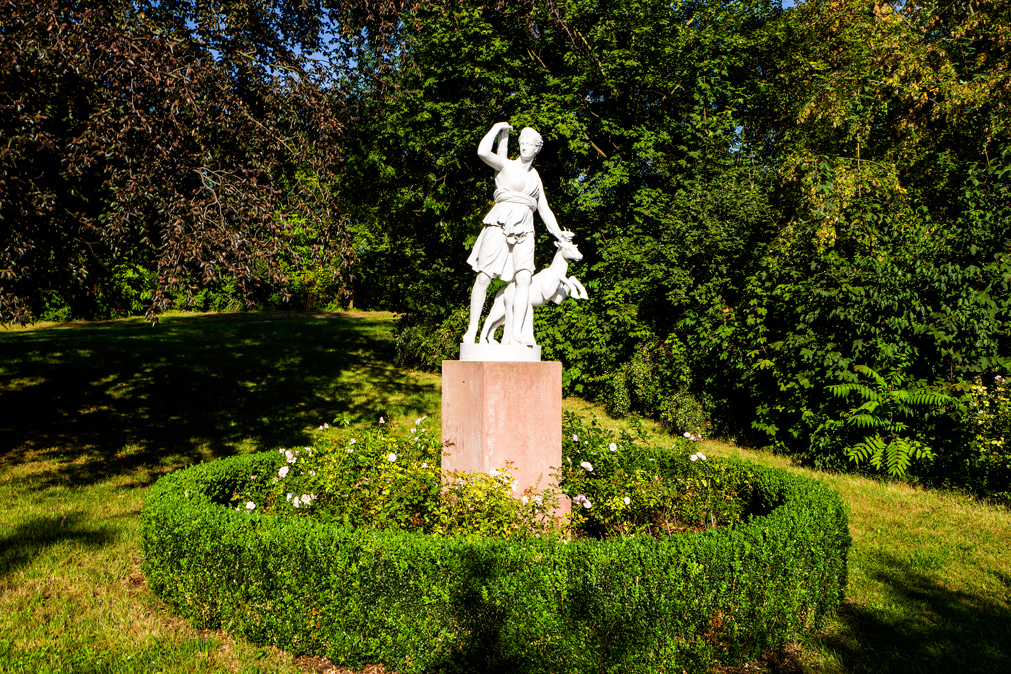 Initially, there was a medieval castle built around 1460. From the year 1711 onwards, a Baroque chateau emerged, which was severely damaged in 1792. The Empire-style building of today was rebuilt from the old ruins. “The Dalberg family played the crucial role in this process,” Volker Gallé explains showing his visitors through the numerous rooms of the palace.

The Dalberg dynasty. It has always played a key role in the Rhine-Neckar region. Herrnsheim Palace functioned as the residence of the noble family who acted as the chamberlains to the archbishops in Mainz and held high positions as public officials within the Palatinate Electorate hierarchy.

Wolfgang Heribert Freiherr von Dalberg had been director of the national theatre in Mannheim since 1778 – and lord of Herrnsheim Palace.

The astonishing interior according to the French empire style.

After the French Revolution, the once Baroque characteristics of the palace were replaced by means of the integration of French Empire-style elements which characterise the palace up until today. “This is one of the few buildings of this epoch on the Rhine which were preserved with its typical characteristics,” Volker Gallé says eyes shining, pointing to the magnificent internal staircase and the castle’s opulent interior furnishings, the major part of which is still in its original state on the ground floor.

The Dalberg family’s last descendent finally sold the building to the industrialist family von Heyl from Rhine-Hesse, which sold it to the city of Worms in 1957. “The rare French wallpapers from the first half of the 19th century are simply amazing,” Gallé says enthusiastically. “Look here,” he continues and drags us on from room to room. On one of the walls, there is a panorama picture of the metropolis Paris – directly next to a scene of the Bosporus in Istanbul. At the very top of the book tower, the private library of Lord Acton Dalberg, a liberal-minded Catholic who taught history in Cambridge, used to be accommodated, but this library has now unfortunately disappeared.

The palace is open to be explored on a guided tour by visitors every third Sunday each month, from 10.30 am onwards. The public has even permanent access to the park surrounding the palace. “This is also a must-see,” Volker Gallé says, and indeed – the English-style garden tells you some stories about the nature phantasies of the era of Enlightenment as you know them from Rousseau. The park was designed in Wolfgang Heribert von Dalberg’s time by the famous garden architect Friedrich Ludwig von Sckell who also conceptualised the English Garden in Munich and the palace garden in Schwetzingen. Looking from flight of steps outside the palace you do not only see a teahouse but also a large pond with a green island. After taking a few steps you arrive at the fountain called “Armorbrunnen” which feeds the castle pond. “This is a wonderful spot to take a rest from the hustle and bustle of the cities,” Gallé says while people pass by jogging and walking their dogs.

Here you can recharge your batteries. The English castle park in Worms.

A vision for the future? “We want to arouse the spirit of this place, the spirit of Enlightenment on the Rhine,” Gallé says, whose idea it was to establish a Dalberg academy here in the years to come. “The plans are already made, but financial resources unfortunately are limited.” So, there is a lot to do for the cultural advocate, as he has many a project on his mind. One of them is the acceptance of the SCHUM cities Speyer, Mainz and Worms as UNESCO World Heritage sites. These three cities used to have important Jewish communities in the Middle Ages, they cooperated with each other and were considered the political, juridical and cultural centre of Ashkenazic Judaism. “We hope that this acceptance takes place in 2021 since we are the fifth on the list of German nominations,” Gallé reveals. The application has to be handed in in four years. “This would also be a nice way to end my cultural activities,” he muses. But one thing seems to be almost certain: the next project will surely come up. 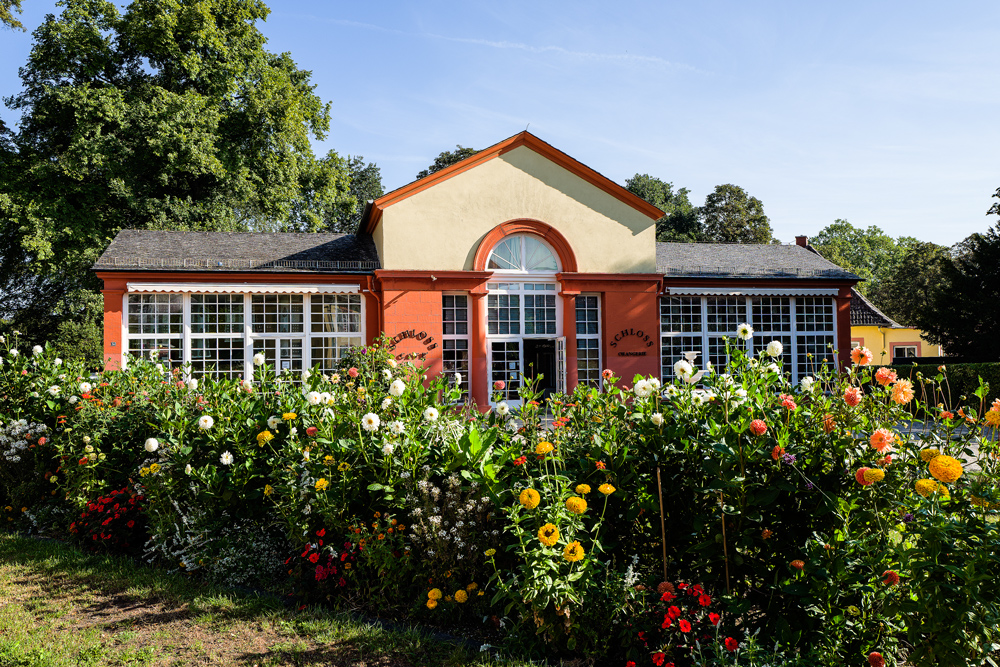 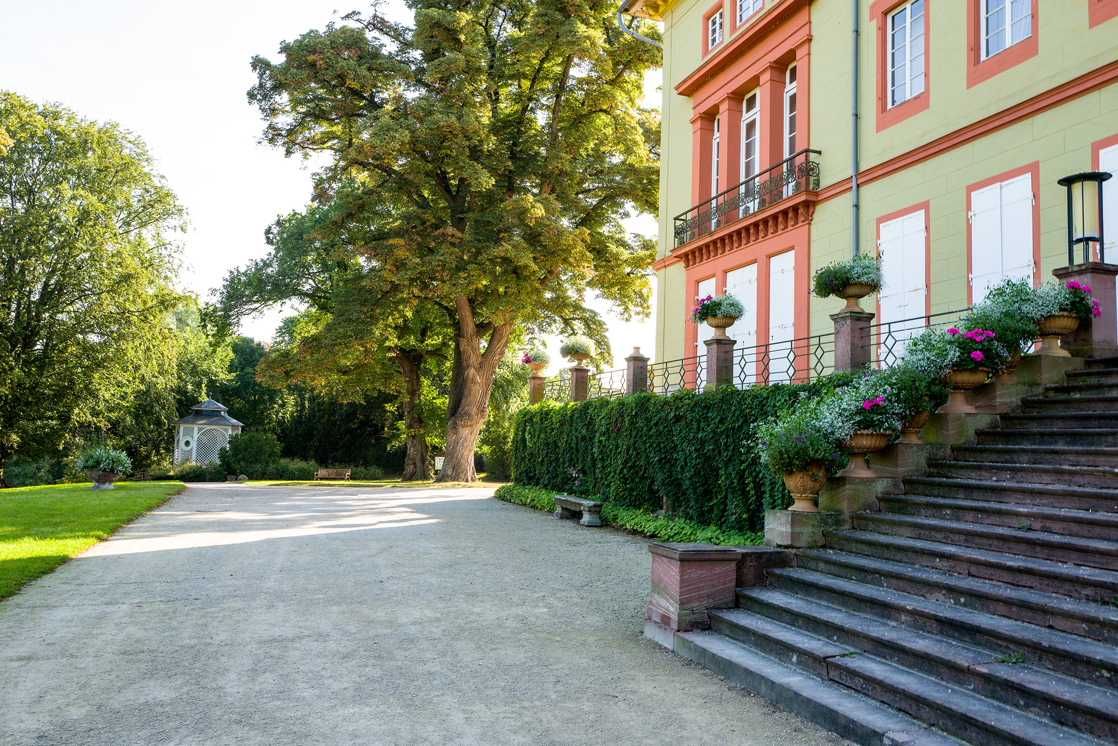 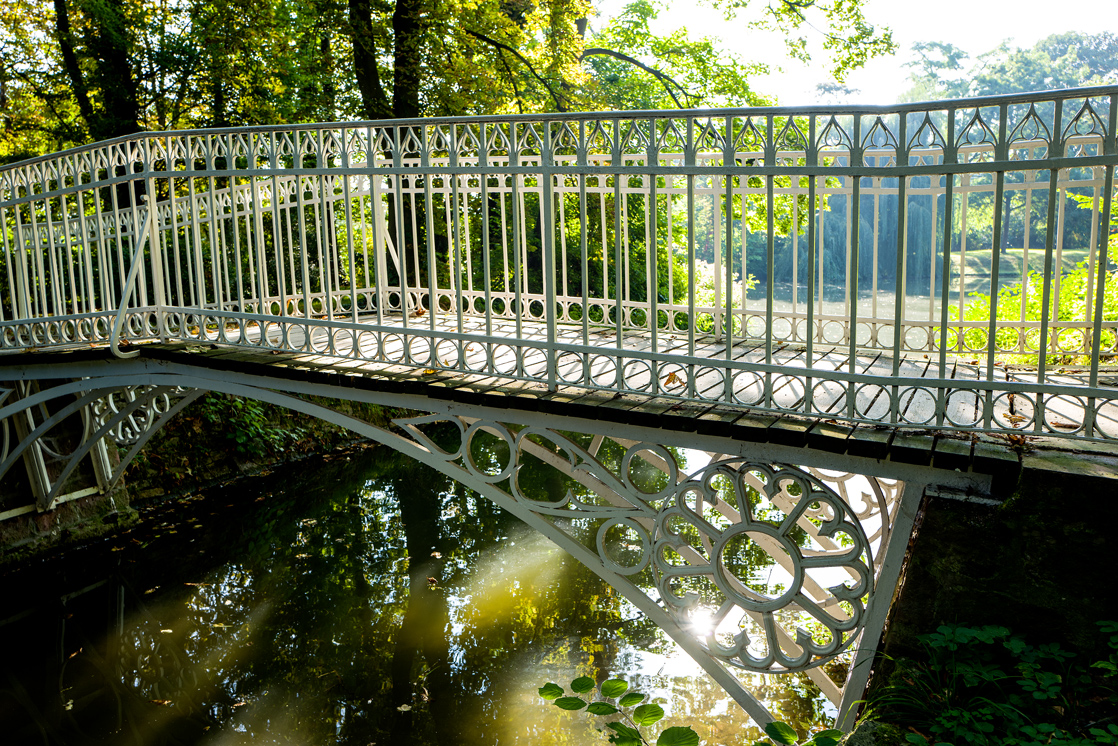 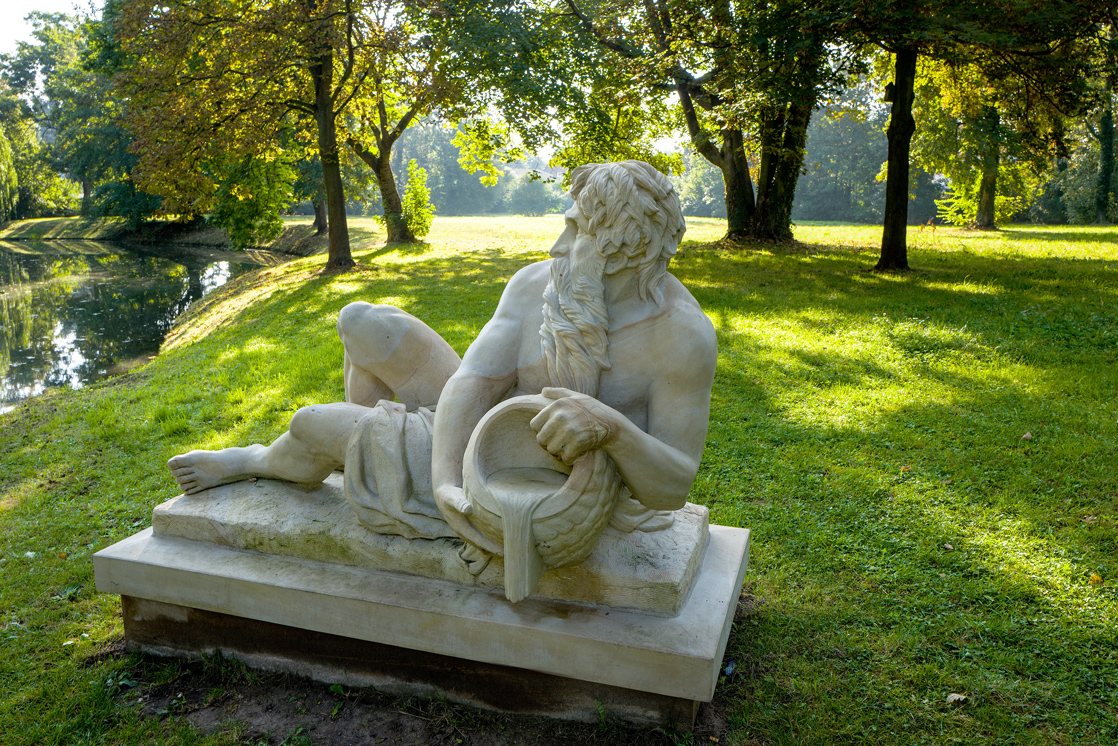 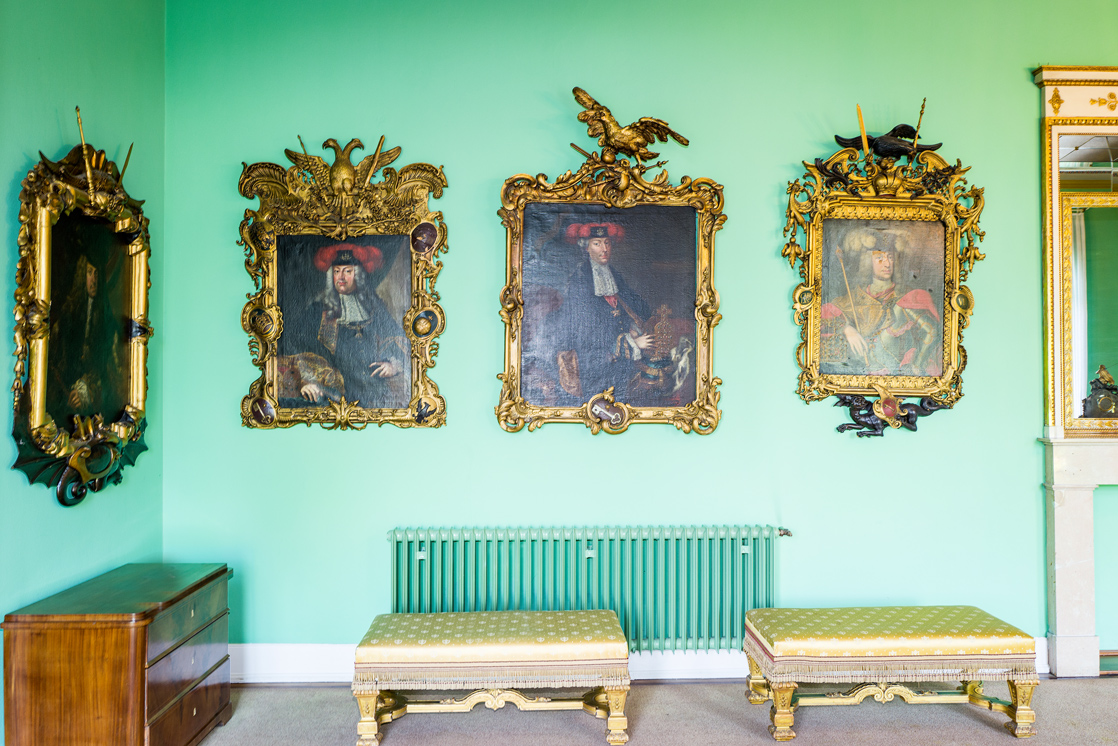 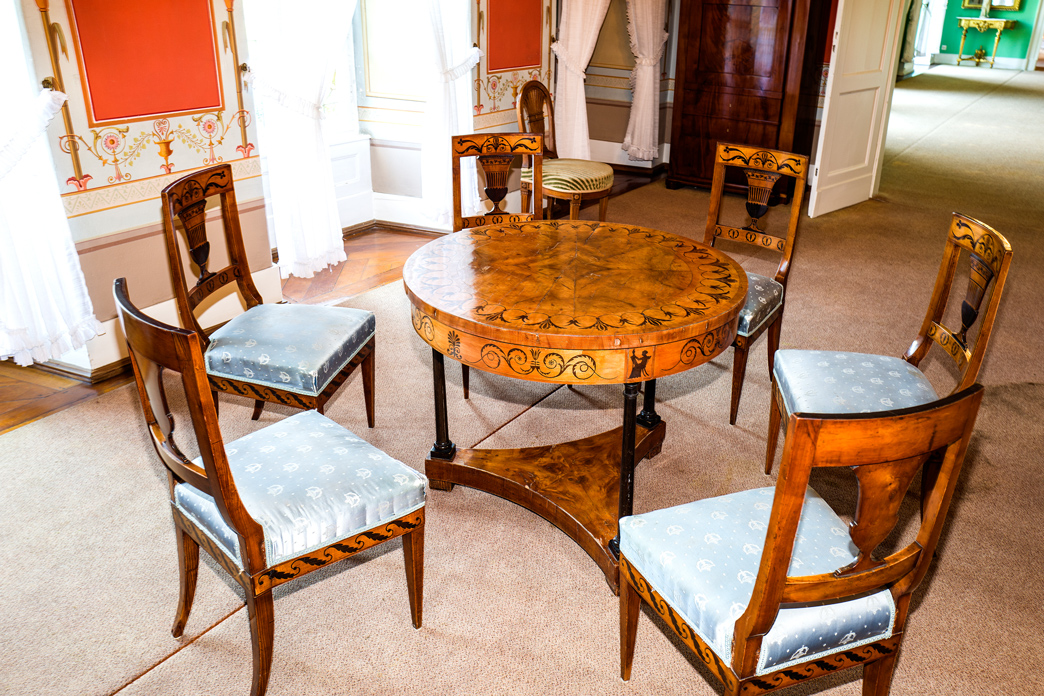