The Centre of the Universe

There are noblemen who invite camera teams in their chambers or ask wedding parties to take their places at the tables of their ancestors. Louis von Adelsheim (Louis of Adelsheim) does neither. He loves turning his two mansions and his park into gigantic projection surfaces – and he has recently illuminated the small town of Adelsheim for the tenth time into a great universal artwork.

Artist, life artist, film-maker, exhibition maker, citizen of the world, native of Adelsheim. Louis von Adelsheim lives many lives – and he recharges his batteries by means of the inspiring peace inside his mansion library.

The “Zentrum der Welt” (Centre of the Universe) is located near the lottery and pools shop. It is colourful, it flashes and it looks like the famous banner at New York Times Square. In fact, it is. But why is there an ironmonger’s from the Odenwald region among the neon signs that advertise Japanese electronics brands? Because Louis von Adelsheim integrated it in his video projection, adding a local Baden touch to globalized advertisement. In August, he will turn the small town into an impressive universal artwork once again – including churches, mansions and shops.

“Adelsheim leuchtet” (Adelsheim illuminates) is no marketing campaign. However, the event draws up to 5,000 visitors per year to the village near Heilbronn. It is not an agency that came up with the concept, it was the baron, and the entire town is joining in: Business people redress their shop windows, residents cater for the guests voluntarily, the municipal depot dims its street lamps and video projectors shine from bathroom windows.

Louis von Adelsheim loves it: the “blue hour” – when the last bit of sunlight falls through the mansion grounds and the approaching twilight slowly starts to establish the scenery for the nightly projections.

Despite the state grant for arts innovation, the event is realized by means of ticket sales – and the citizens’ commitment. On the façade of the town’s Protestant church, bread and wine and fish wander around on a conveyor belt and refinery chimneys give off steam at the “Unterschloss” mansion. “We simulate a big city,” Louis von Adelsheim says smiling smugly. Well, because, the village with its just under 5,500 inhabitants is nothing near a city. But also because of this year’s motto “Zentrum der Welt” (Centre of the Universe). The video artist has brought pictures of New York, which tends to consider itself the hub of the universe. But he also offers visitors a glimpse of the seething masses of the primeval soup in a hole dug out especially for this purpose and he made a drone fly through Adelsheim. 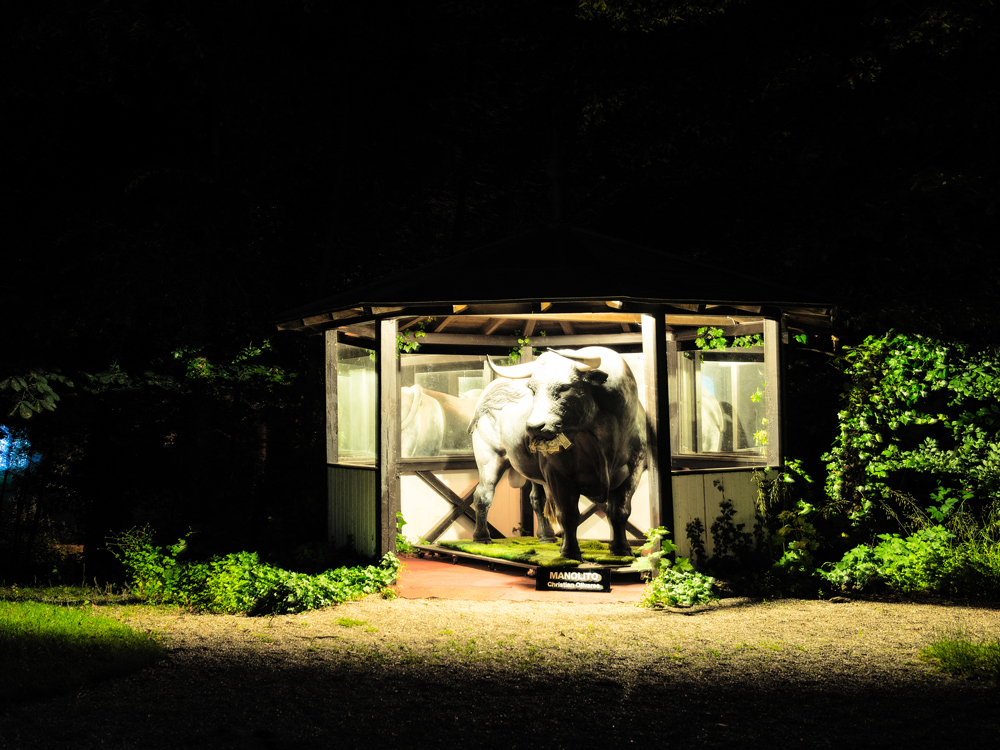 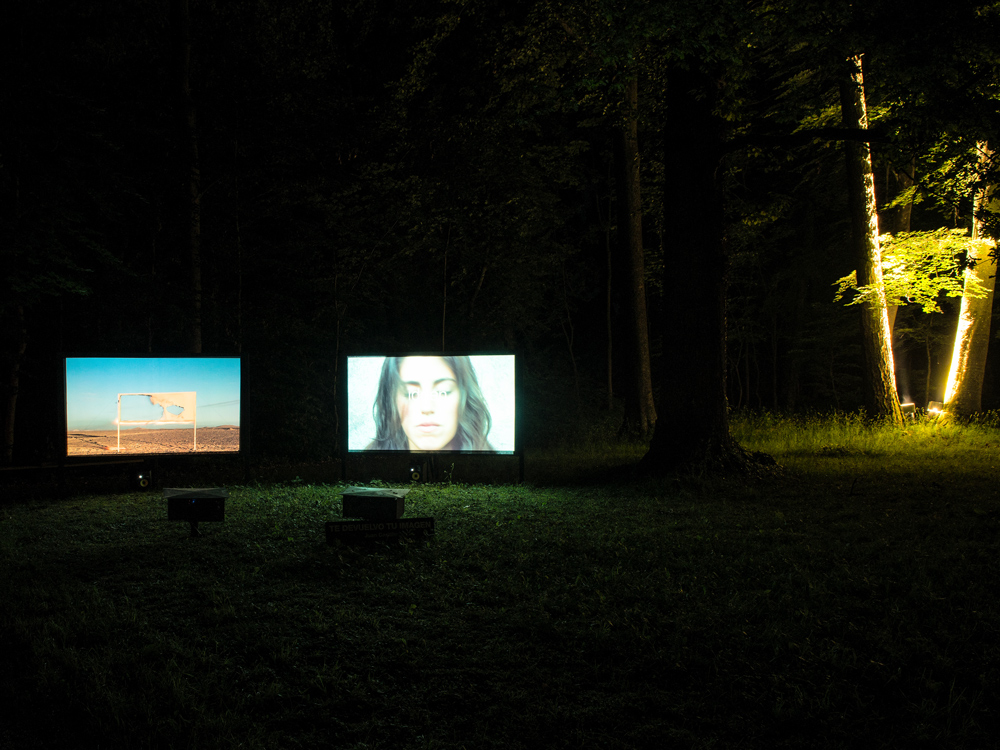 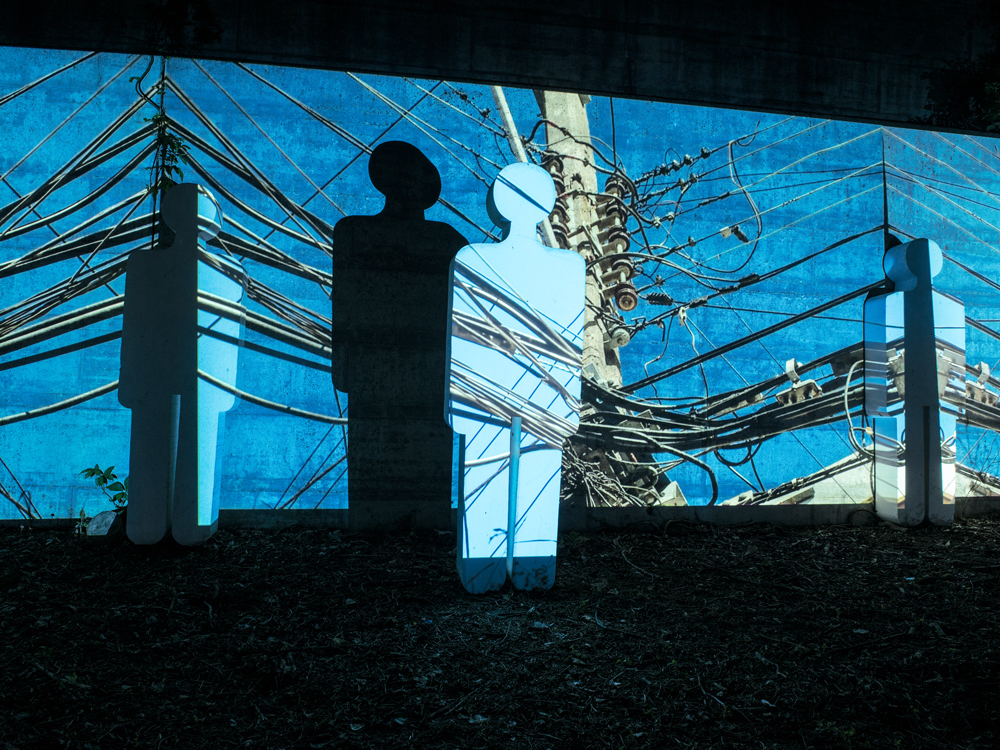 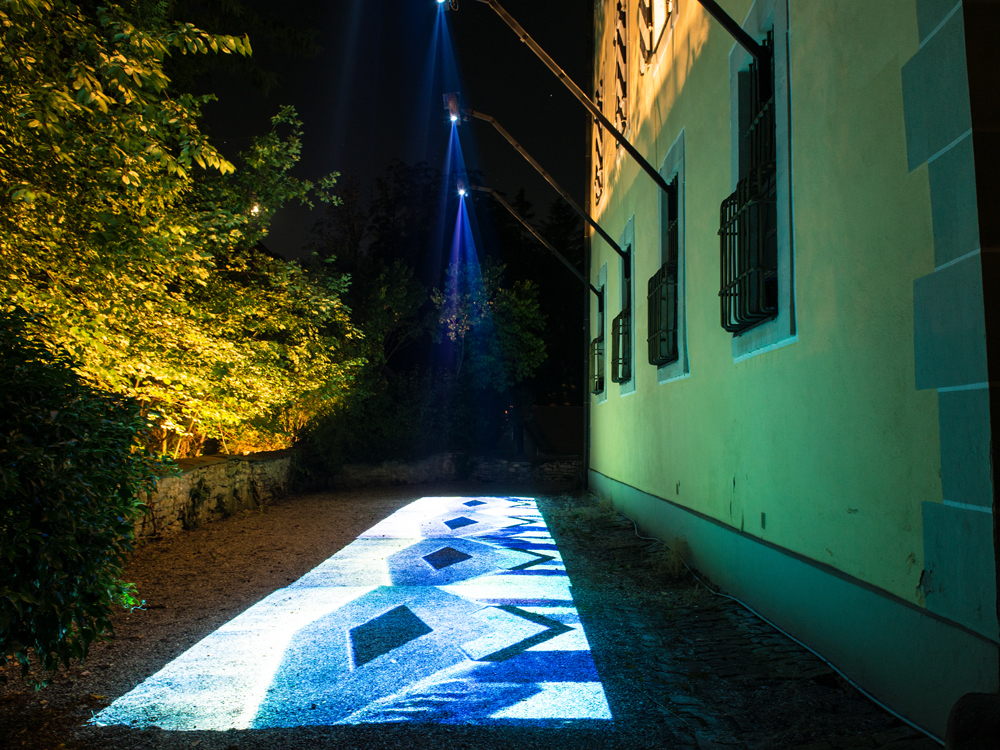 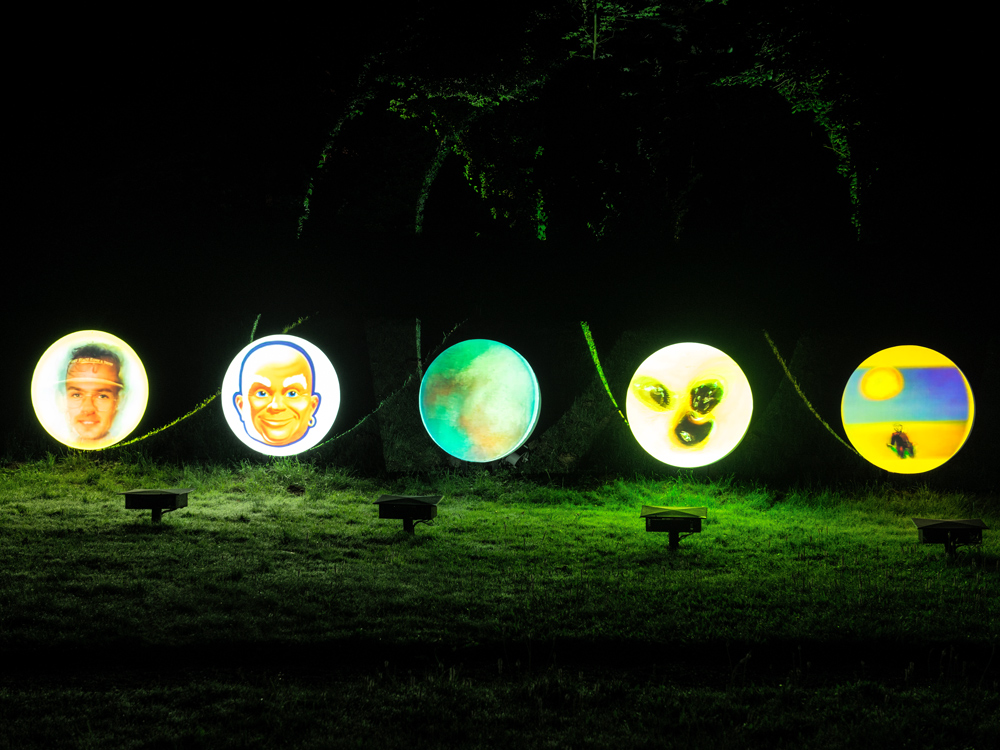 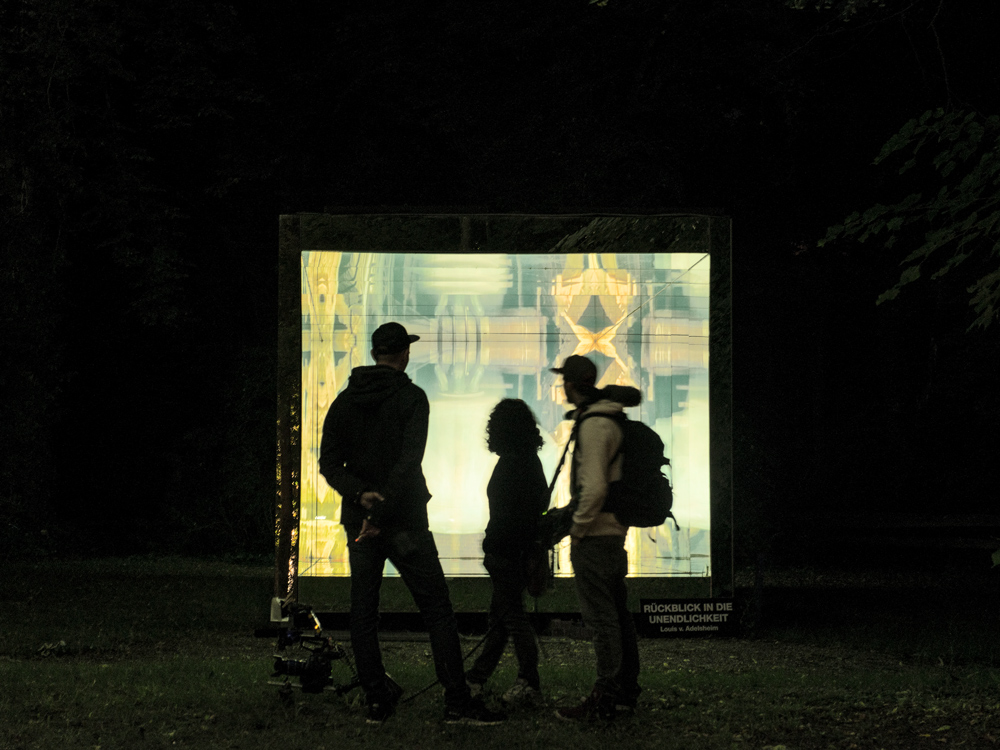 Every time that “Adelsheim illuminates”, it does so with a new motto and new features, which prove that Louis is a true native of Adelsheim, but even more a citizen of the world: He has been travelling around the planet for decades to produce documentaries. And he has found a second home in Chile – the Museo de Arte Contemporáneo MAC (Museum of Contemporary Art) in Santiago has honoured him with an individual exhibition in 2017. For the second time. It will be an installation with social criticism and with links to the family’s ancestral seat. Here in Adelsheim, where the barons have lived since the 13th century, is Germany’s second-largest youth detention centre. “Innen ist außen” (inside is outside) is the name he gave to his long-term documentary, for which he had interviewed the inmates and which he projected onto the outside prison walls. He continued his work on conditions in prisons in Chile. What does Louis von Adelsheim consider himself? An artist? A film-maker? A baron? “I’m a gypsy,” he answers, making an allusion to his spread-over-the-planet projects and knowing quite well that at the same time his family’s legacy, which requires maintenance, binds him to this town that is far away from real metropolises.

What he shows in Adelsheim is the artistic continuation of many years of work: He had experimented with mirrors and infinite loop films for the first time in New York back in the eighties. Two television sets, placed next to each other, took turns in commenting on the then East-West conflict. The principle of one picture giving a statement about another carries on today – on façades, on parts of the town wall and on screens that he mounts in the environment. For the occasion of the tenth “Adelsheim leuchtet” event, he invited artists such as Till Nowak, Christian Olivares and Emanuel Finckenstein. Juan Castillo shows writing that burns in the desert and Stefan Roloff’s “Moving Paintings” become pleasant or grotesque faces.

The big city at night in the small town at night: New York shines in Adelsheim.

After sunset, visitors could just stroll through the village and take in the colourful pictures of the tenth anniversary version of “Adelsheim Leuchtet”. Or you could get involved and let the installation set you thinking. The centre of the universe may not be in Adelsheim. Maybe just inside of us… but in “Badisch Sibirien” (Baden Siberia), as the locals like to call their region, you could come closer to it once again. 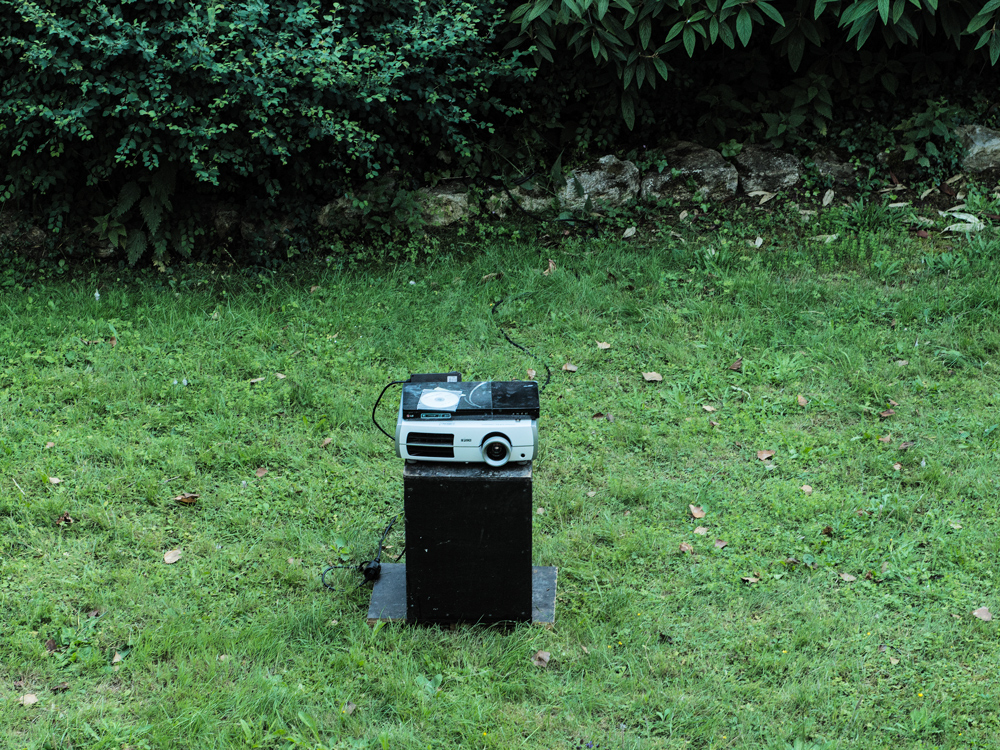 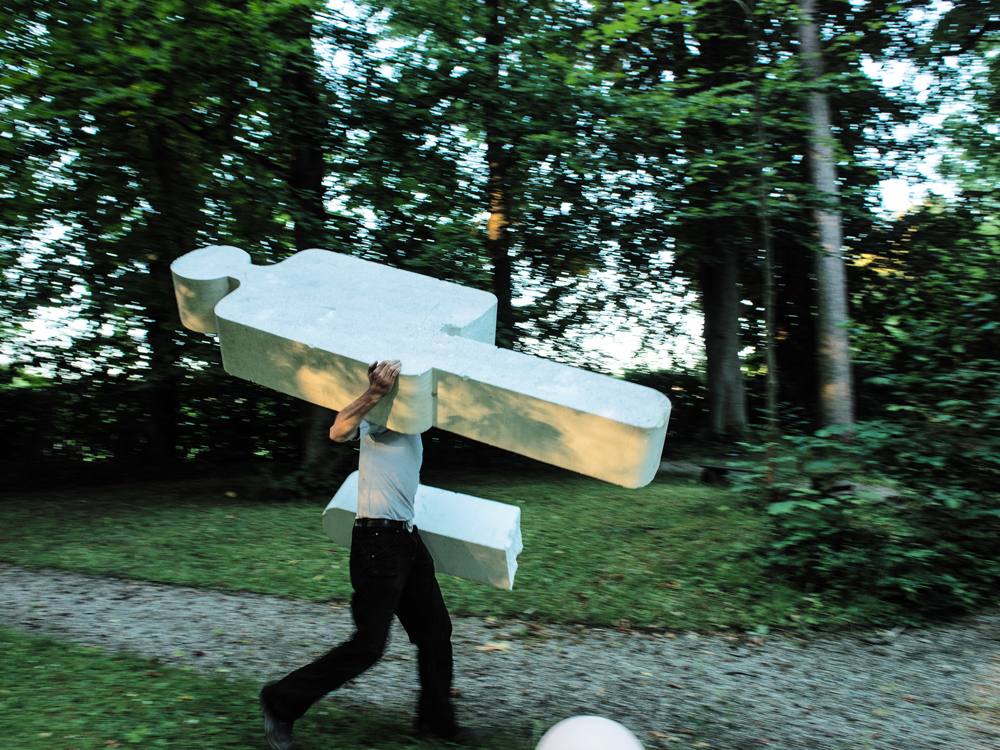 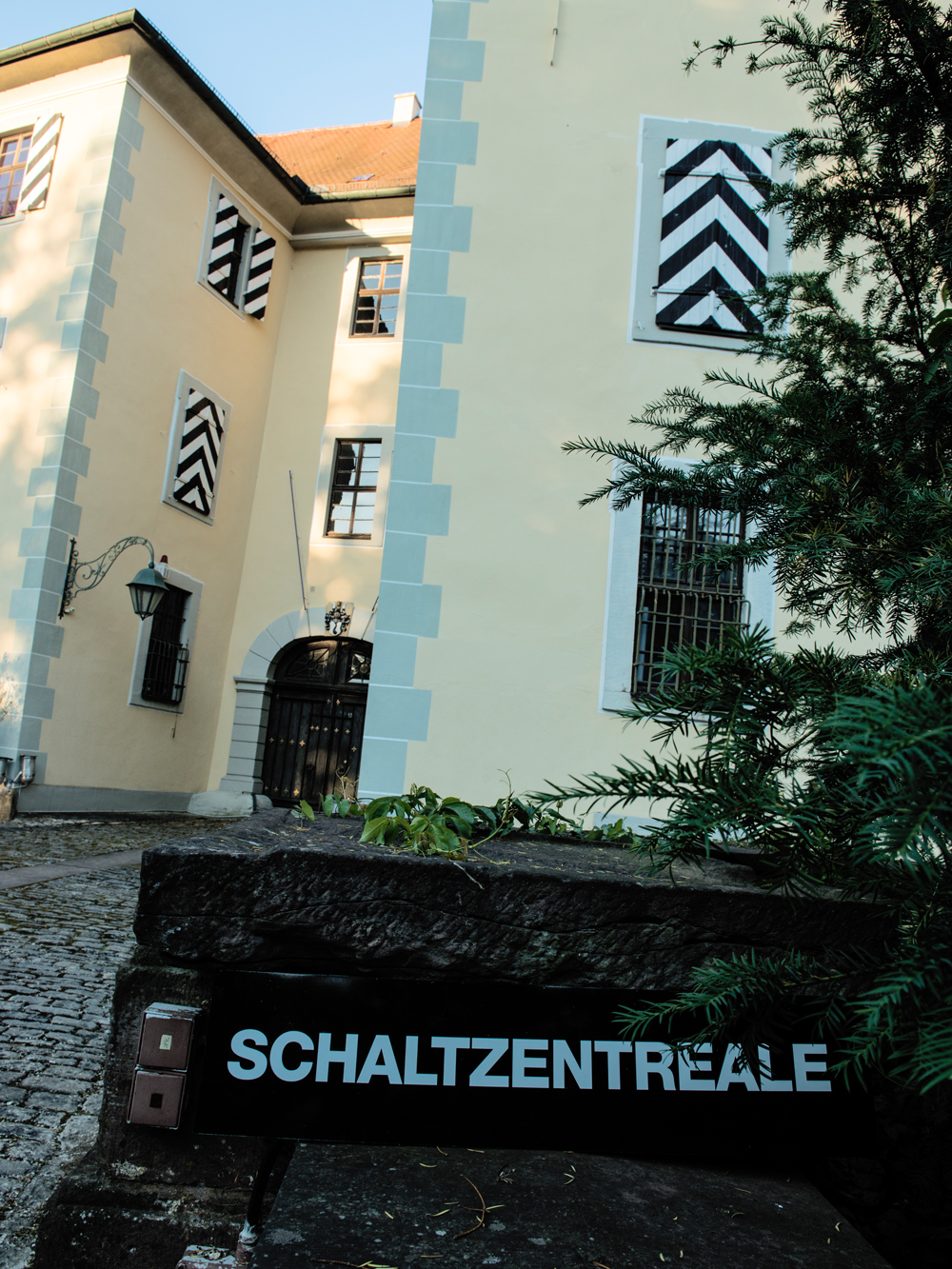 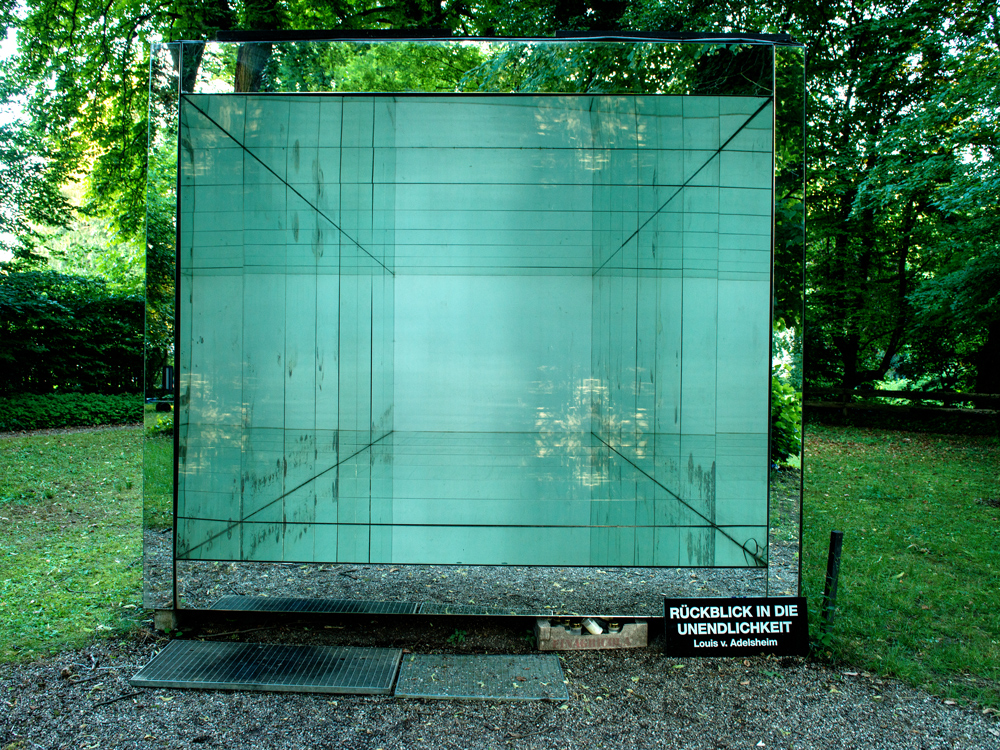 Witnesses made of stone

Little religious shrines in the Odenwald bear witness to faith and good luck.

For the love of speaking dialect

How Dannstadt-Schauernheim maintains the Palatine dialect

How pictures began to move is shown in Deidesheim.