In the Mannheim TECHNOSEUM Anne Mahn is in charge of conserving our everyday culture. She especially cherishes the pieces that tell stories of the past, and thus also of our present times as well.

Anne Mahn was baptized on a sewing machine table. “You just fold away the machine, drape a lace dolly over top, and you’re ready to go!” When walking through the TECHNOSEUM there is no need to ask questions, as Anne is so passionate about her job. She is full of delightful anecdotes and facts. Be it about sewing machines, or the grey zinc bath, which touches the ground only in the middle, reminiscent of a giant vase. The bath was constructed as a tiny wave pool, to be rocked back and forth. And the story goes, that Sissi once flooded the Adlon Hotel with such a contraption. This whimsical image might let one forget, that the construction of the bath had very indigenous roots, as the rocking motions allowed one to use less water and reach certain regions of the body more easily to get clean.

Since 2014 Dr. Anne Mahn has been active as a curator for the TECHNOSEUM, the State Museum for Work and Technology. The 9.000 square meter space tells the story of technical and social history, ranging from the 18th century to today. This is the story of industrialization. The interactive exhibition “Elementa” allows visitors to experiment with many different inventions. Anne Mahn is an expert on everyday culture, a field that defines the whole exhibition space. And the focus lies not as much on the big pieces, such as the giant water wheel, which belonged to a paper mill, or the historic printing machines, but more on coffee sets, tobacco boxes and chamber pots. “These are the things our visitors recognize and connect with.” Above all though, Anne Mahn is fascinated by the stories: the history of the pieces, and the memories they can trigger.

While walking through the museum Anne stops to show us the clocks. These heavy wooden boxes, filled with intricate mechanisms, where measuring instruments, introduced to record workers hours. “Timekeeping as control”, she calls this, and shows us some punch cards. These are easily transferred to our modern times, where we use chip cards to log in and off from work. “Or you need mutual confidence,” she adds, and shows an old penal record, with handwritten entries noting the different reasons for deductions: late arrivals, absence or chatting. 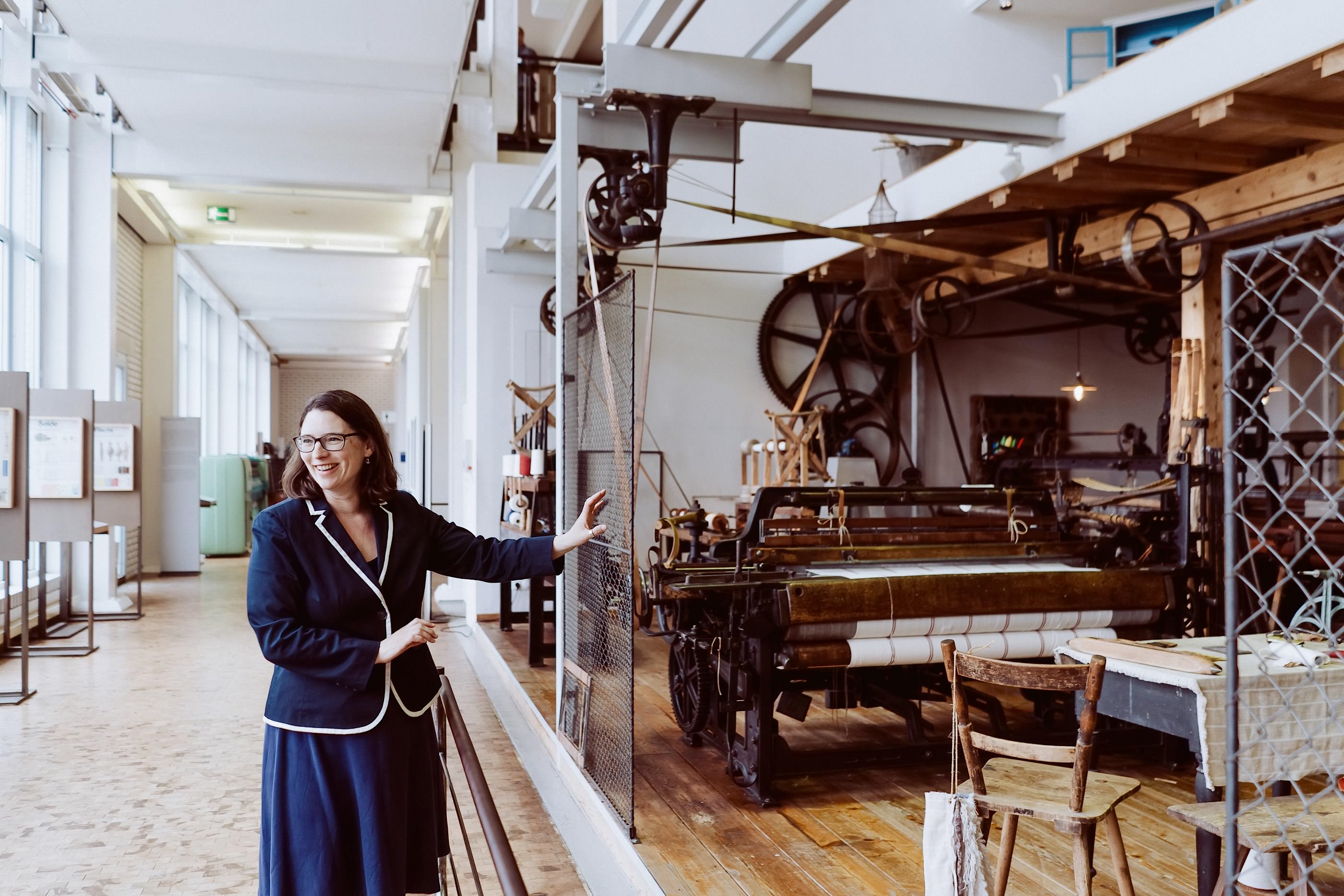 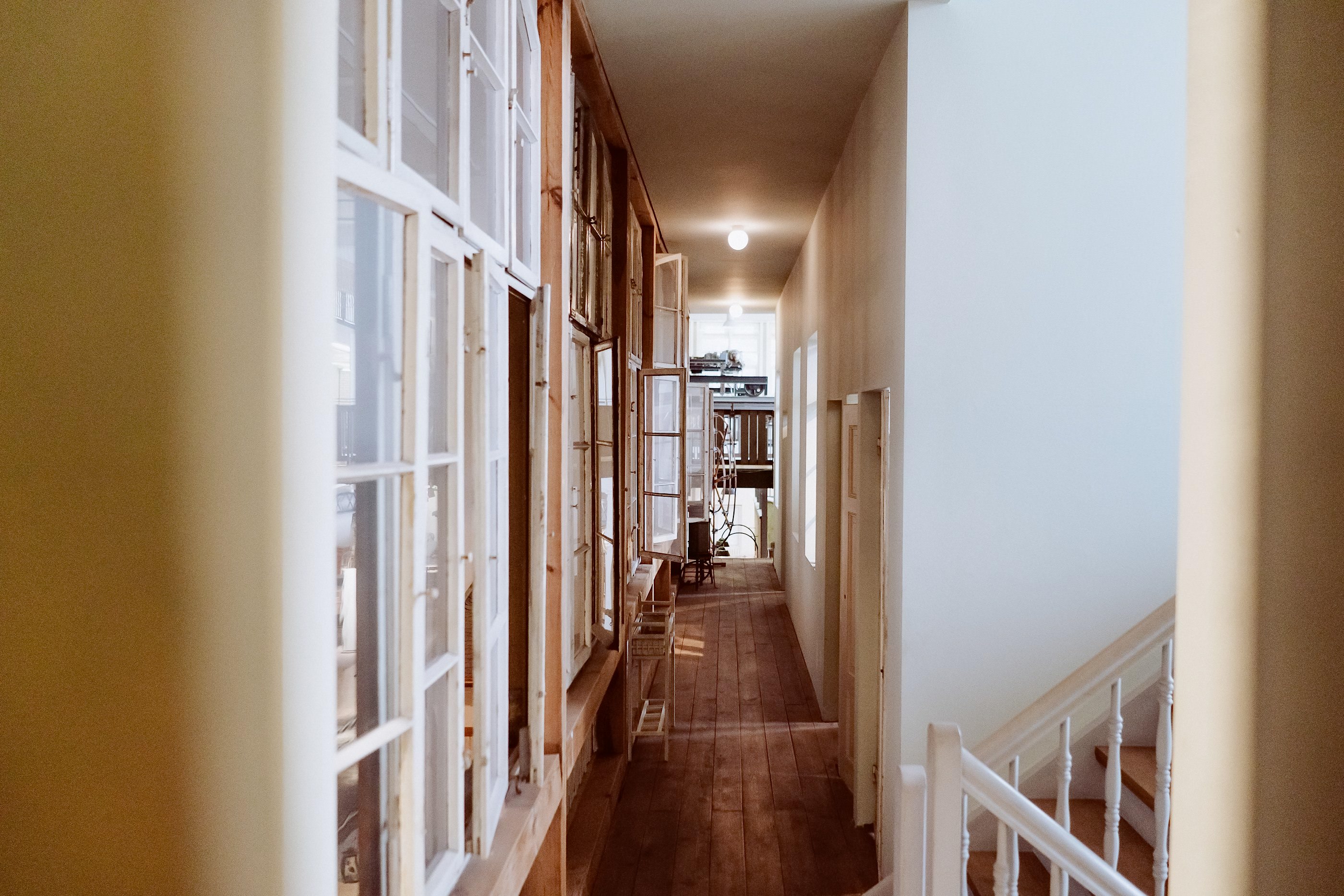 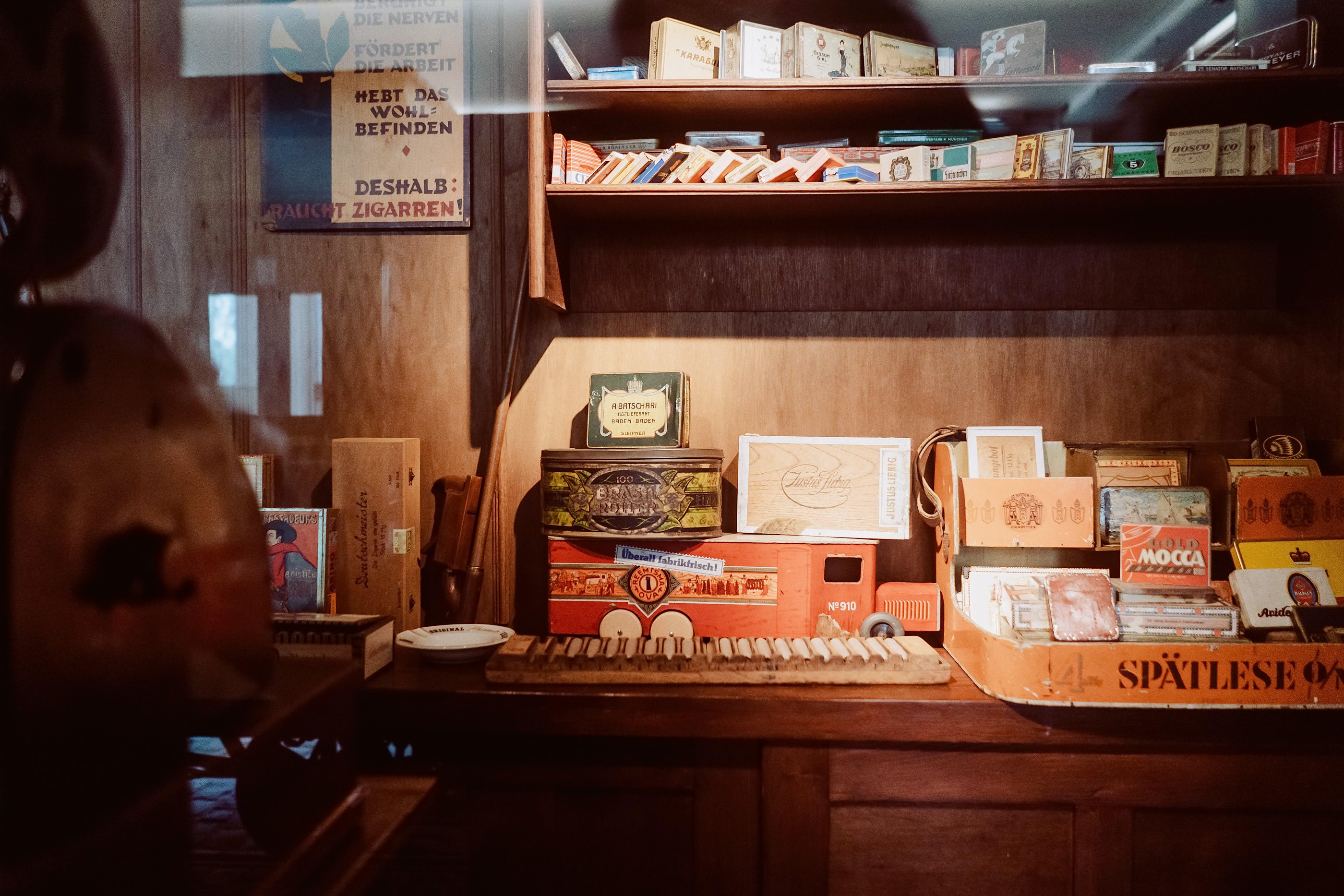 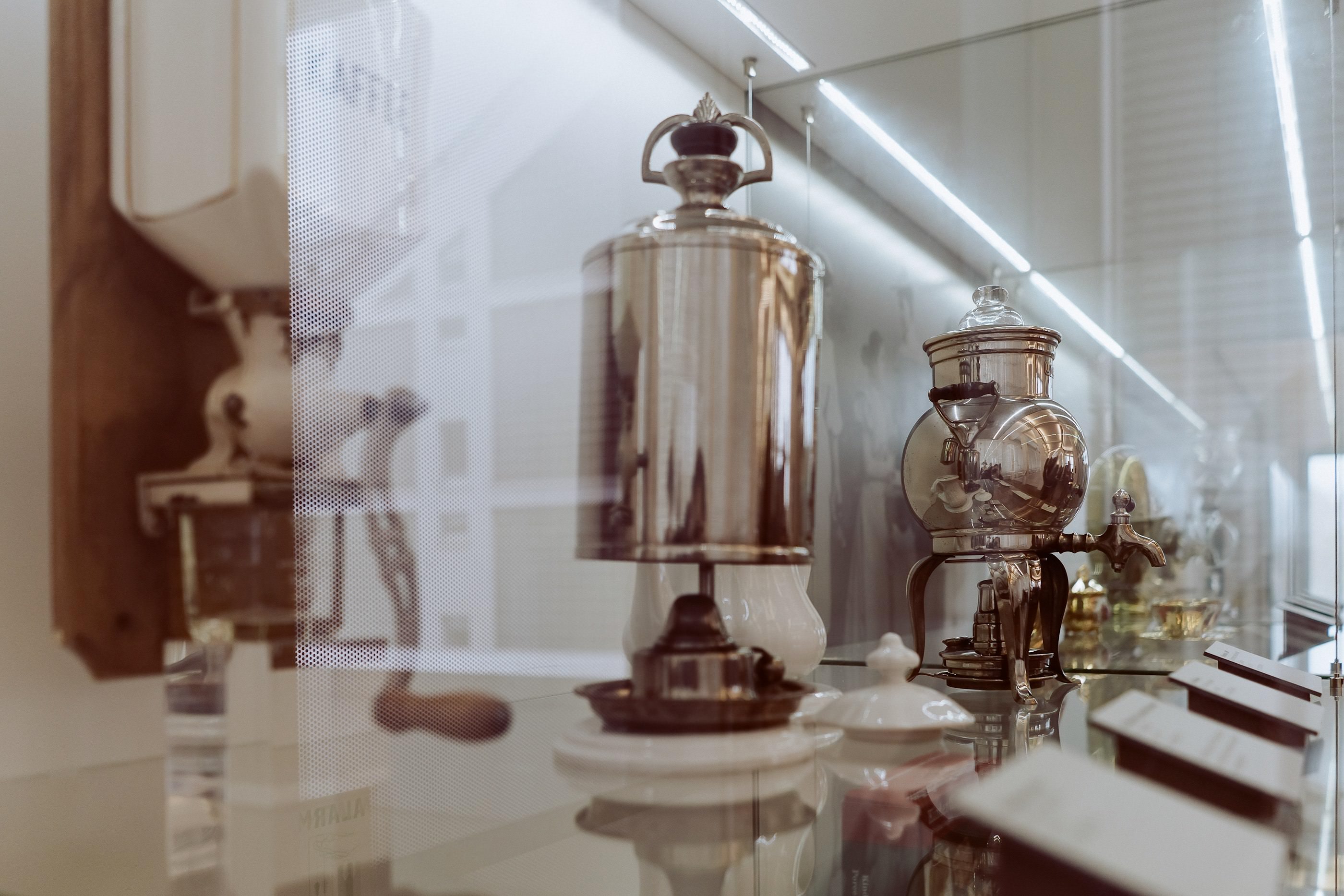 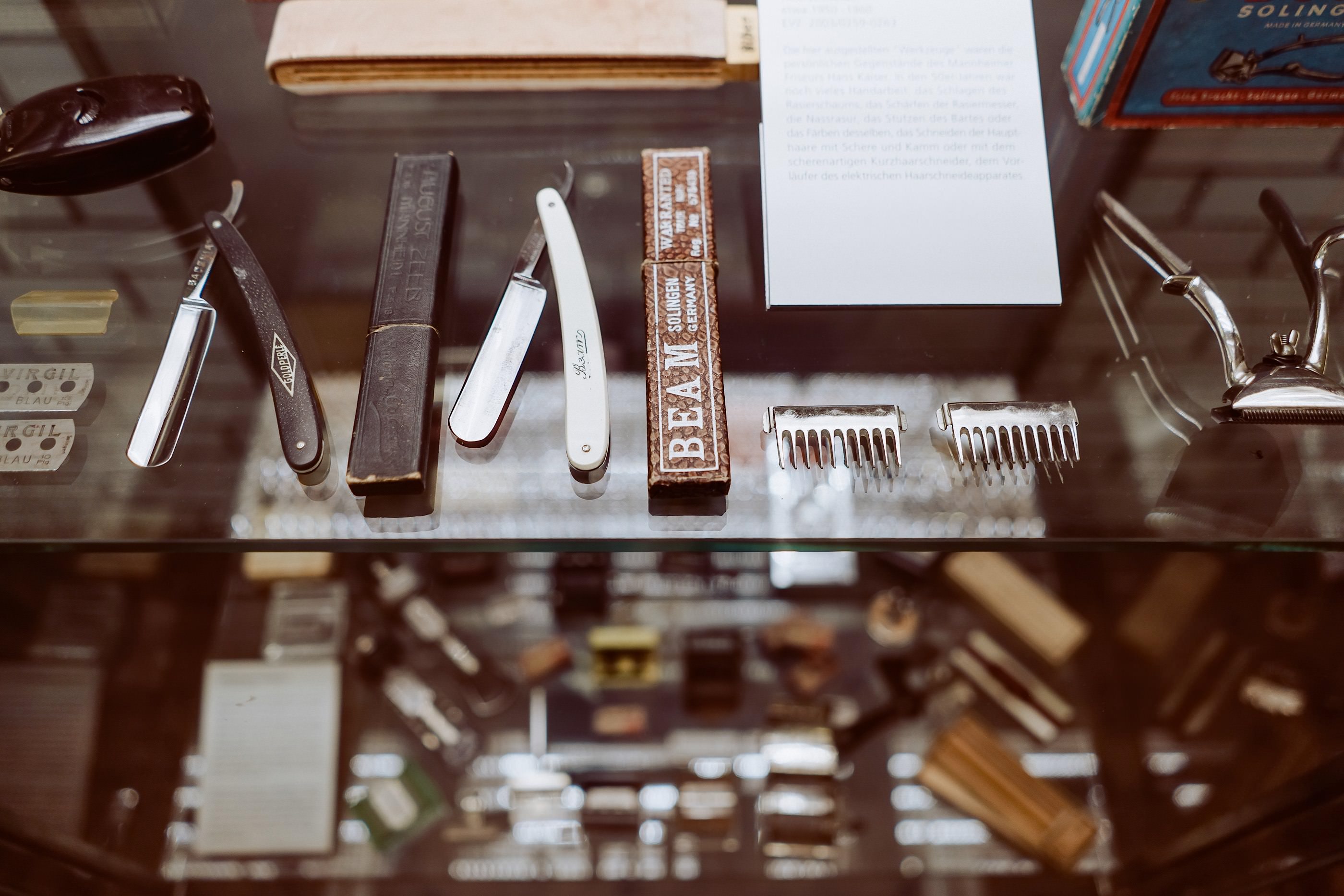 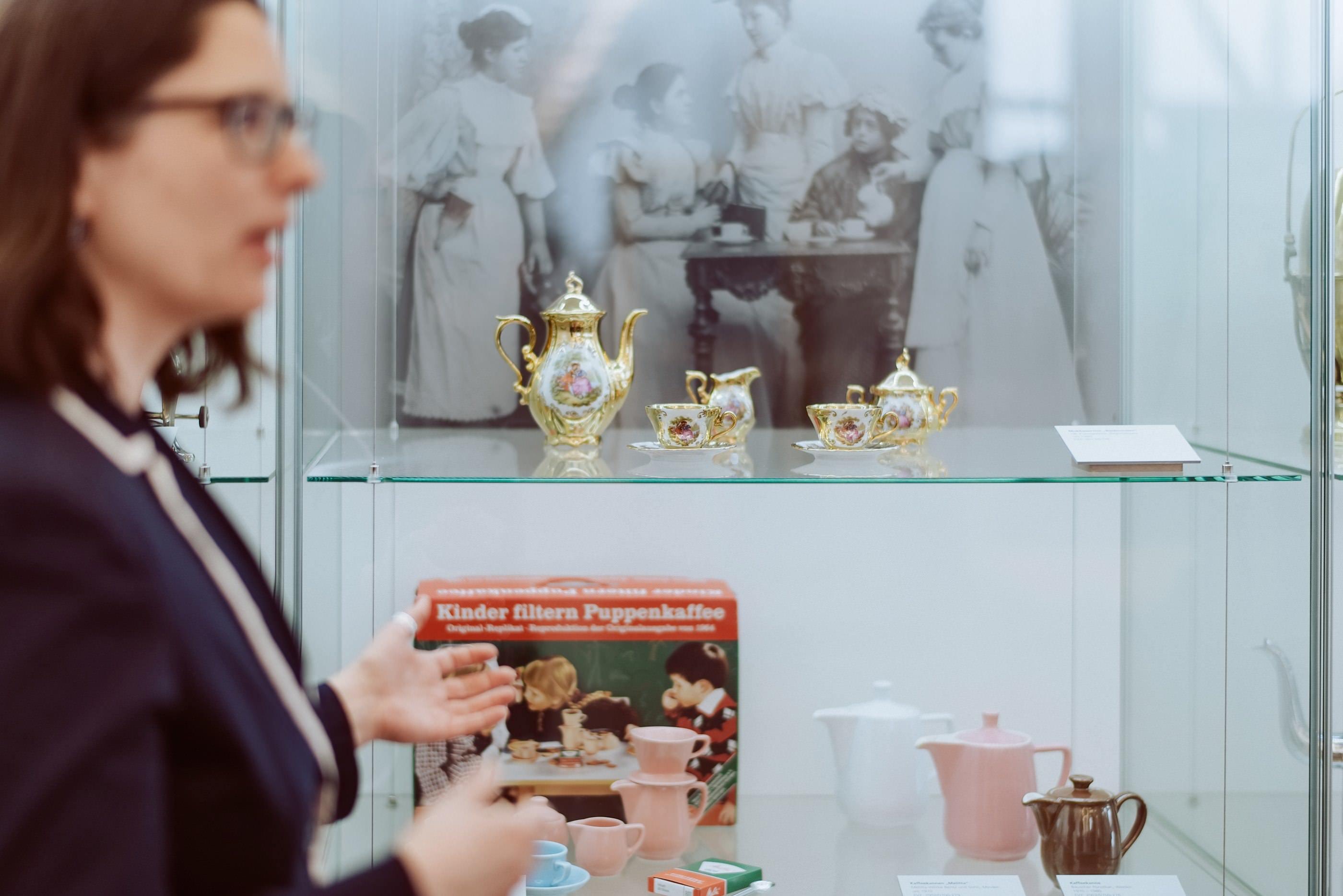 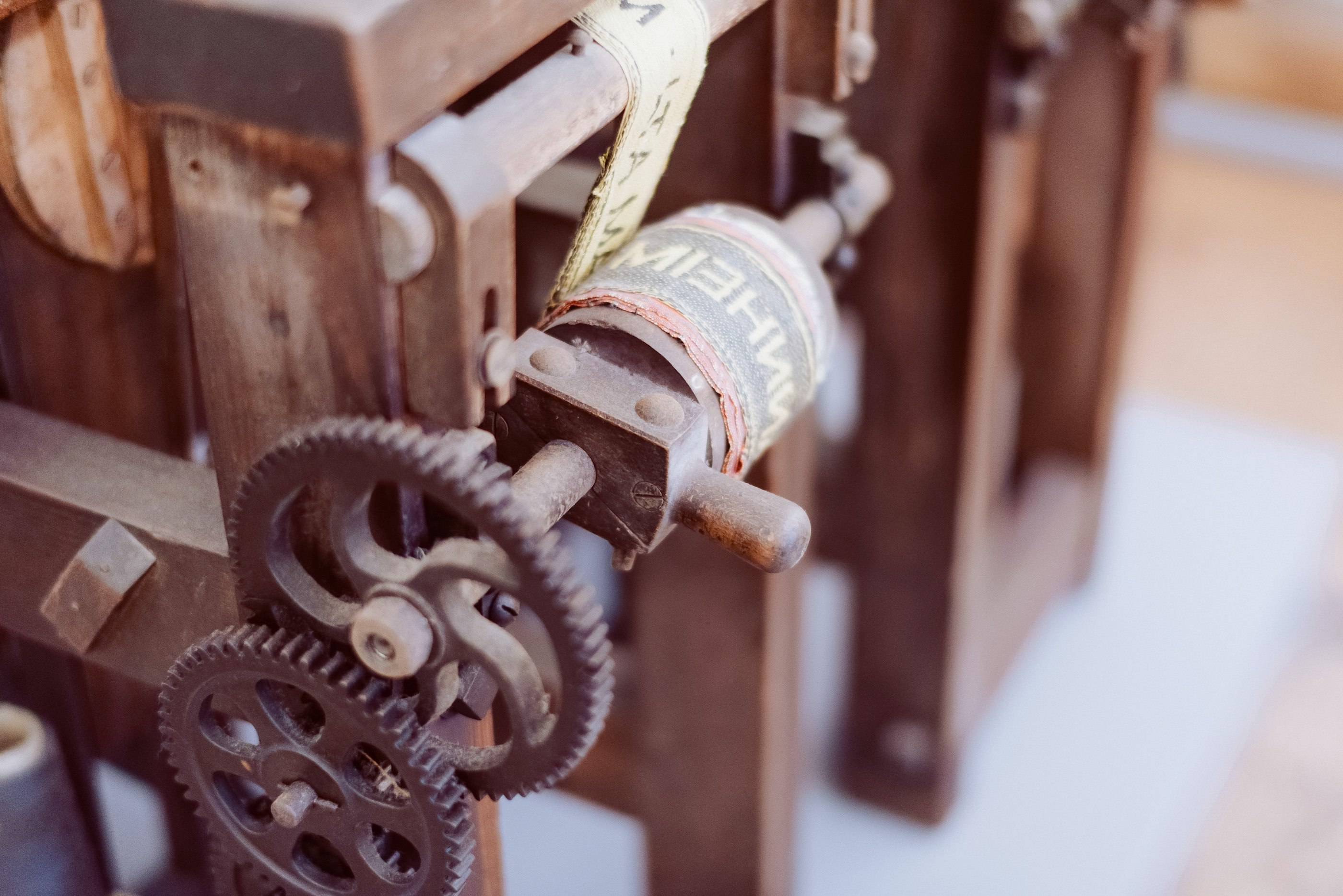 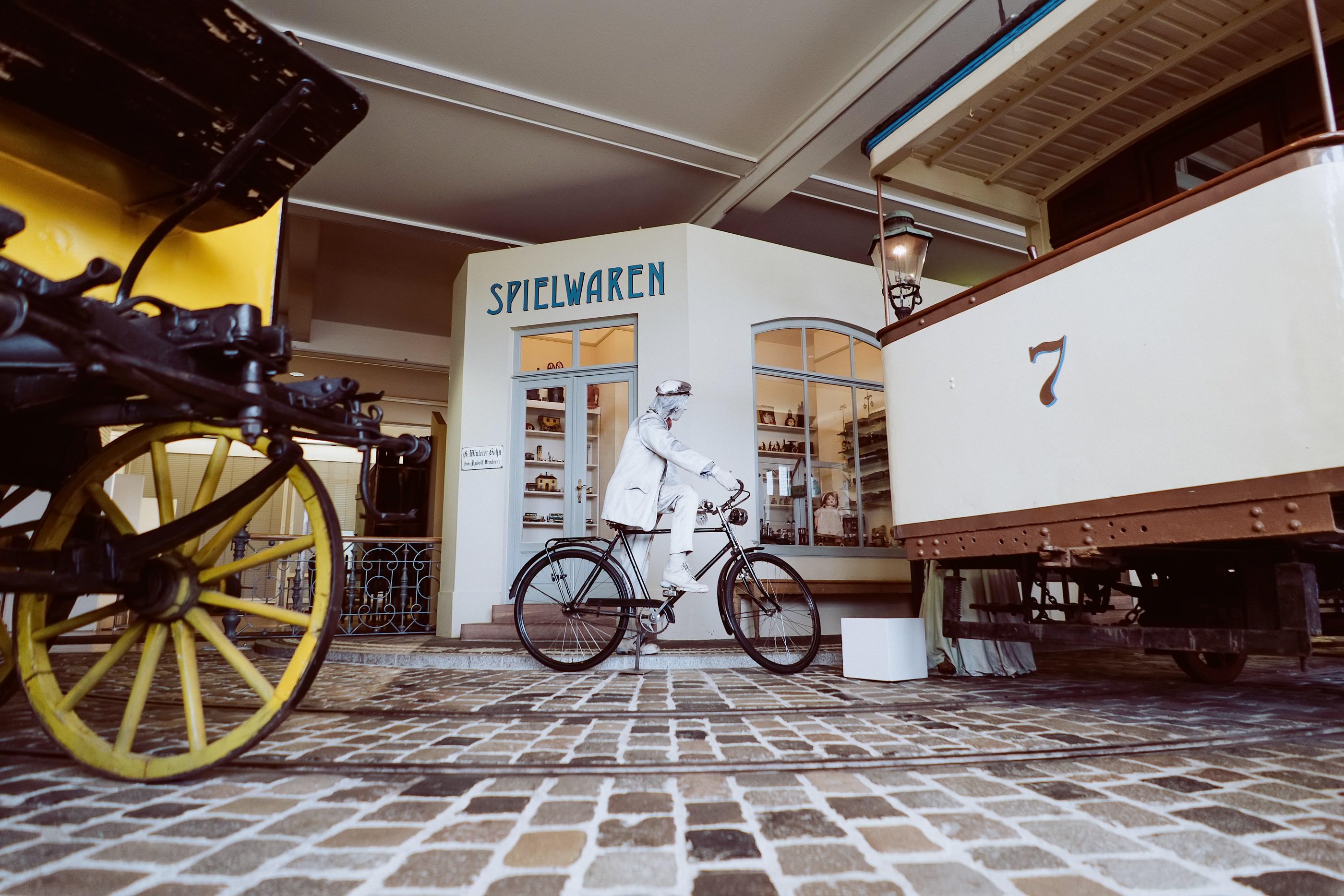 Today Anne Mahn is wearing dark blue earrings, with small white anchors. The symbol shows her connection to Hamburg. Born in Kassel, Anne spent many years in Hamburg, where she studied art history, new German language and literature and English studies. Anne did her doctorate in the Hanseatic city and is glad to have access to the Rhine and Neckar, as she feels a deep connection to the Water. In Hamburg she gave tours on the cities history and industrial buildings. She spent time working in the cities info center, as well as in the Historic Preservation Office. As a student Anne began working in the inventory of the Altona Museum, and later continued work there as an independent curator.

“If we are offered a piece with a very special story, I am always interested!”

In the meantime Anne has became at home in Mannheim. She now shows us a mechanical home weavering unit, used for hemp and linen. It dates back to 1876, and was built in Elzach, which lies in the Black Forest. The whole unit was rebuilt in the TECHNOSEUM, and is now up and running, wheels spinning, transmission belts rumbling. The Störr family business used the machine to produce linen, sheets and hand towels. Above the weaving mill the families apartment has been rebuilt. An explanatory plaque reveals that the mother was gifted the “umbrella of choice”, after she had handed over the business to her son. The umbrella hangs by the bedside. Such details fascinate Anne Mahn. Another example are the embroidered shawls from workers’ houses: „Rein wie der hellste Edelstein, Mutterliebe ganz allein.“ is embroidered here, which roughly translates to: “Pure as the brightest gem, a mothers love alone.” Event the garden in the TECHNOSEUMs inner courtyard is just as a classic allotment garden would have been around 1900. Potatoes, cabbage, onions, beans and carrots are cultivated by the museums gardener. There are no decorations, no plastic … except for one thing: when the city pigeons became to cheeky, the scarecrow was given a plastic club for support!

Many of the exhibition pieces come from business and household clearances, and private owners. The collection consists of around 250.000 objects. Not everything can be presented, and many pieces are in storage. Sewing machines and typewriters are not needed anymore, Anne Mahn says. But on the other hand she is always open to a swap or trade. “If we are offered a piece with a very special story, I am always interested!” Sadly many pieces stories will probably remain silent.

The vending machines are a different story. “Little luxuries, for simple people”. This area of the museum is especially interesting to Anne Mahn. Pretty wooden boxes that would spit out chocolate, or prizes such as cognac, cigars or beer. On one of the machines we see a chicken, that apparently once would produce a trumpet sound, but sadly doesn’t work anymore. “I’m not keen on waiting for things. I want to turn a crank and get a prize,” says Anne Mahn. Vending machines are small autonomic business units, she notes. And she brings the line of thought back to our times, remarking that the cruddy bubblegum machines in Mannheim, seem so behind the times. A uniquely quirky piece in the TECHNOSEUM: the eau de cologne machine, which is set up in front of the historic barber shop. For five cents you are hit with a cloud of cologne – subsequently “smelling like your granny for the rest of the day”. And whoever might shy away will still be able to imagine the smell just from looking at the machine.

Anne Mahn is also active beyond the walls of the museum. Using the museums cargo bike she hits the town. For a 2021 exhibition surrounding the issue of labour and migration, she is intent on actively involving the city residents. To Anne finding pieces is a personal thing. Currently she is talking with a former Deliveroo driver. She wants to find out about the working conditions of the delivery drivers, that often have a background of migration. In front of the colorfully stacked shelves in the museums depot she shows us the drivers jacket and backpack. He has also donated pictures of accidents and a broken helmet for the exhibition. “Without contemporary witnesses, there can be no museum,” Anne Mahn says. Though it took here some time to get used to the regional quirks, such as people involving themselves into your conversation in the street. This was not something she was used to from Hamburg, but it might just the right thing to get into contact with the people of Mannheim and the region!

Click here to submit items for the collection work. 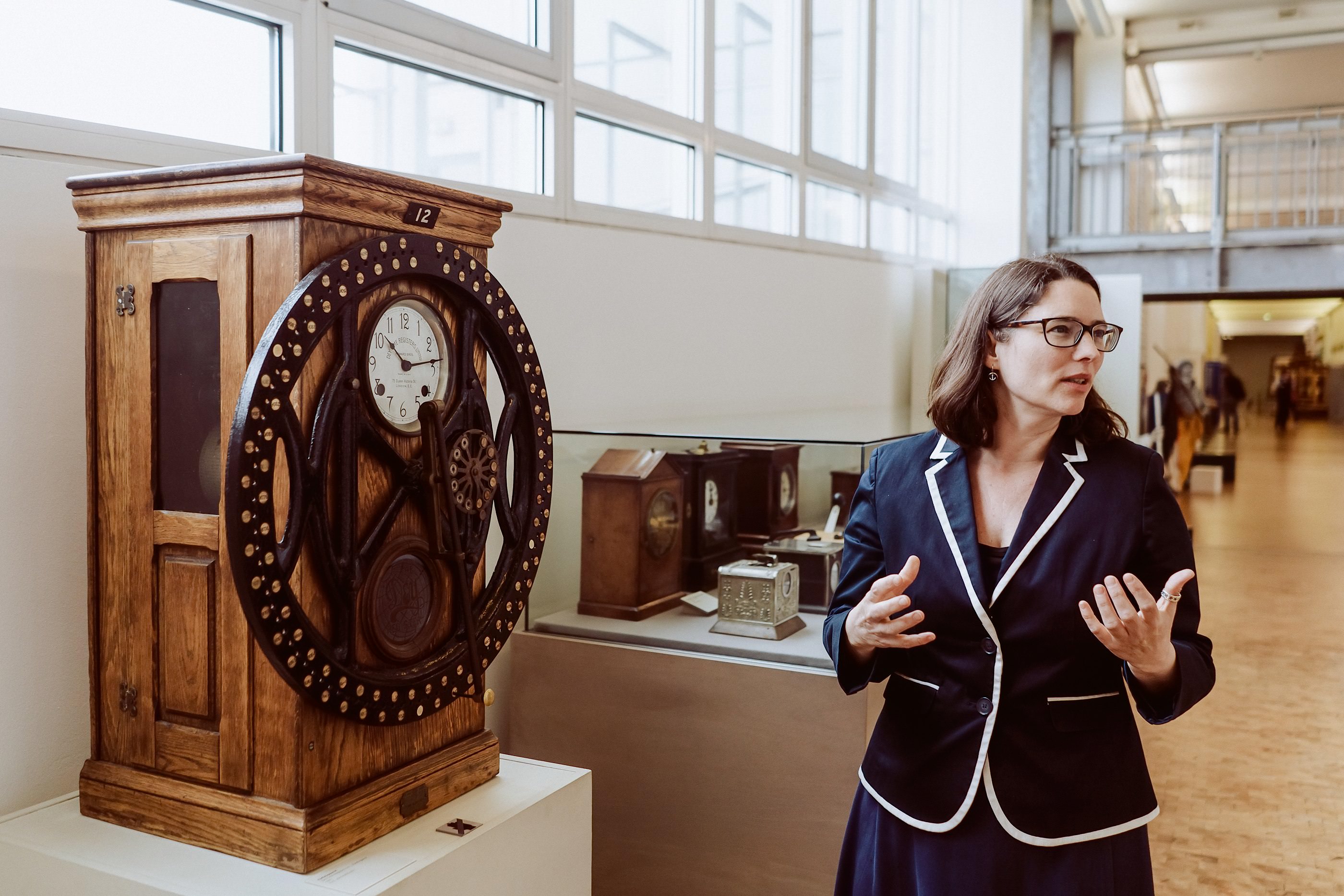 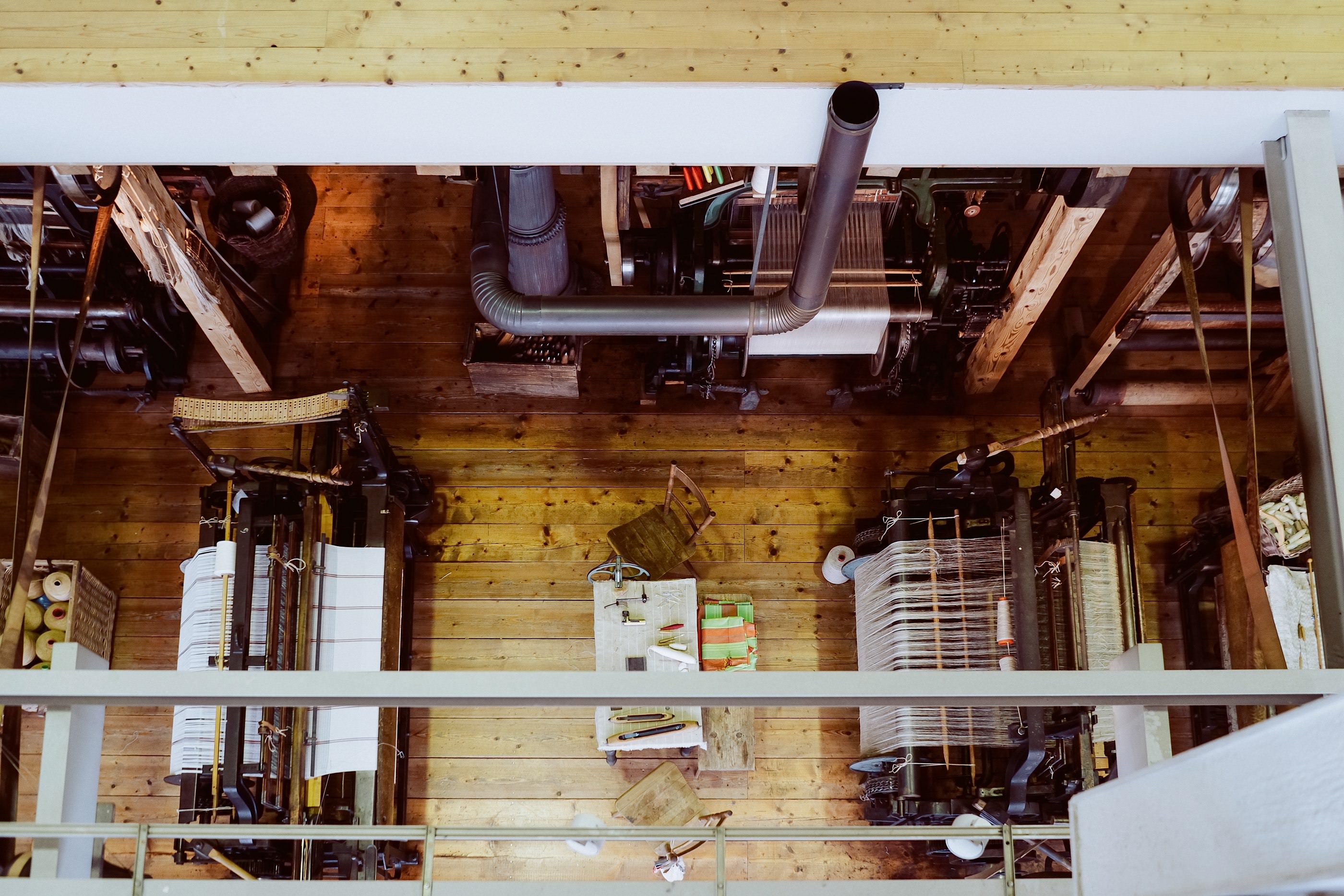 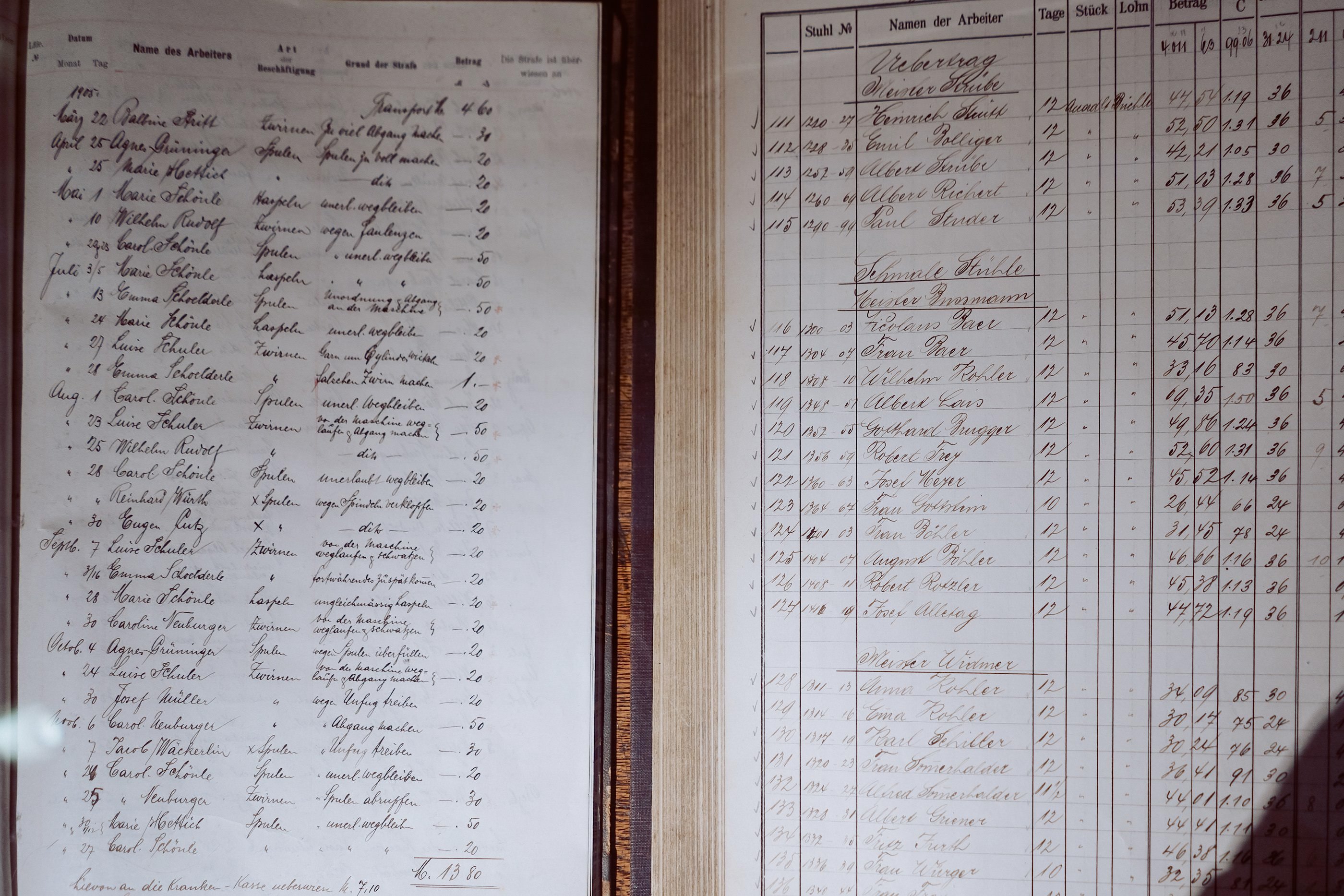 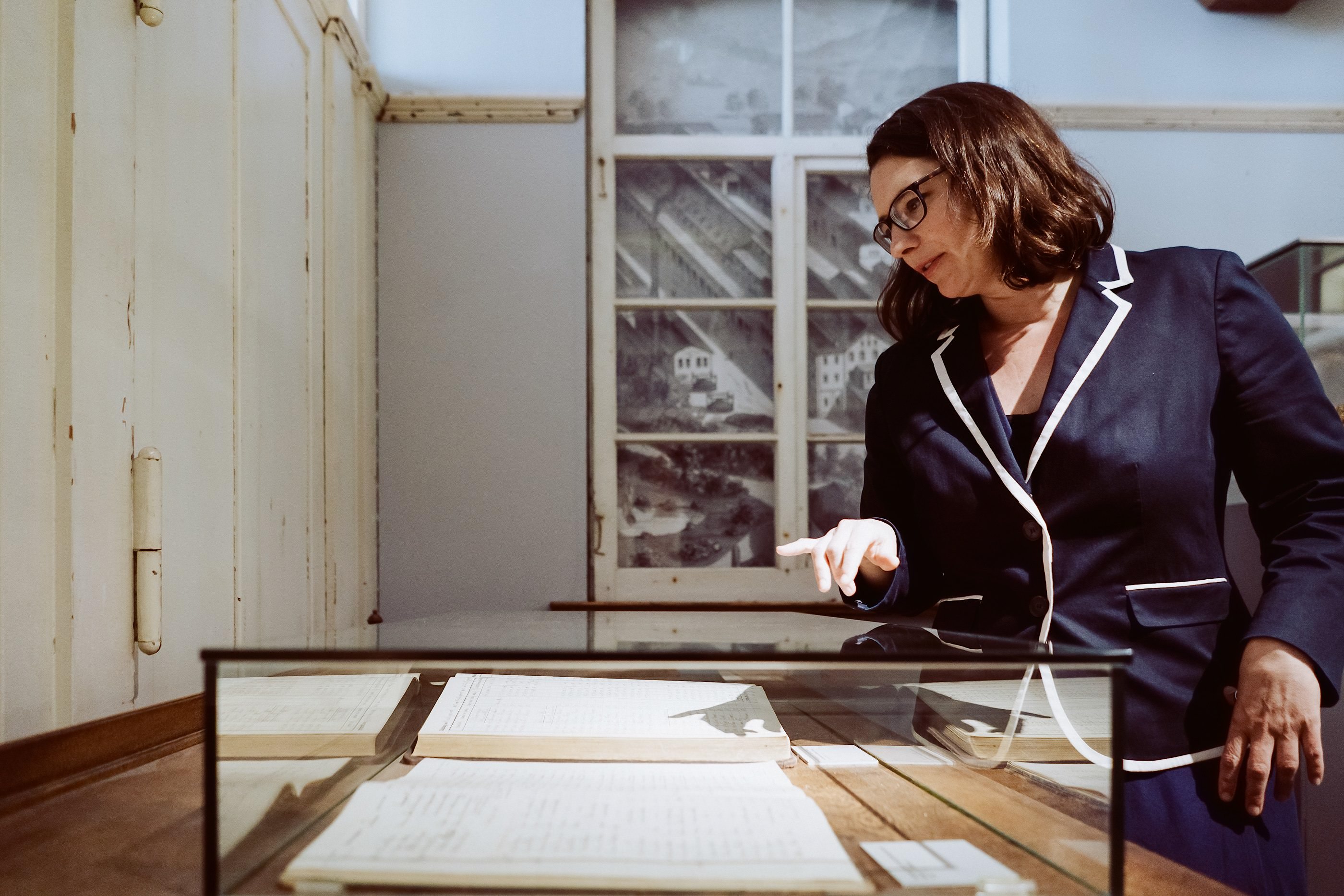 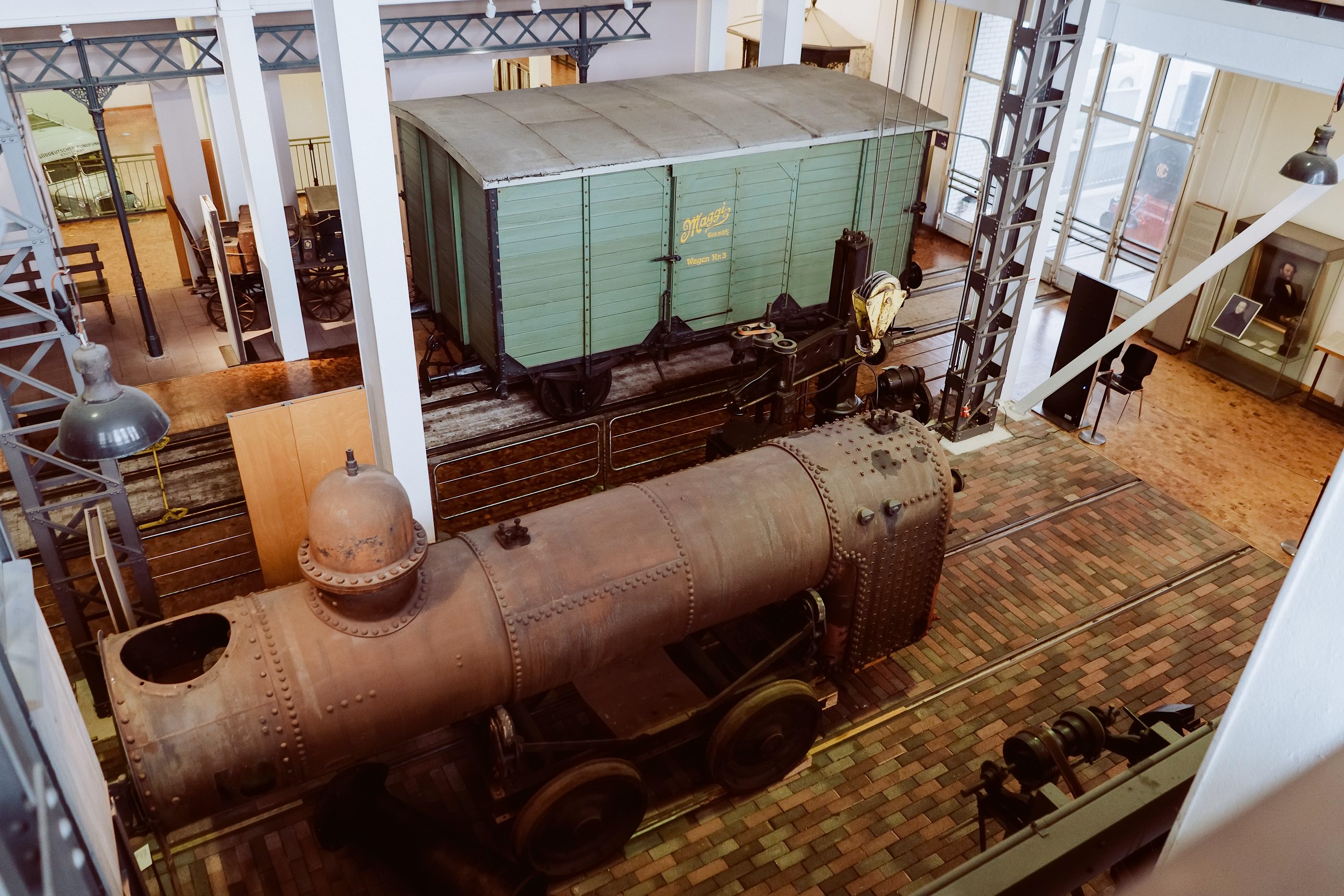 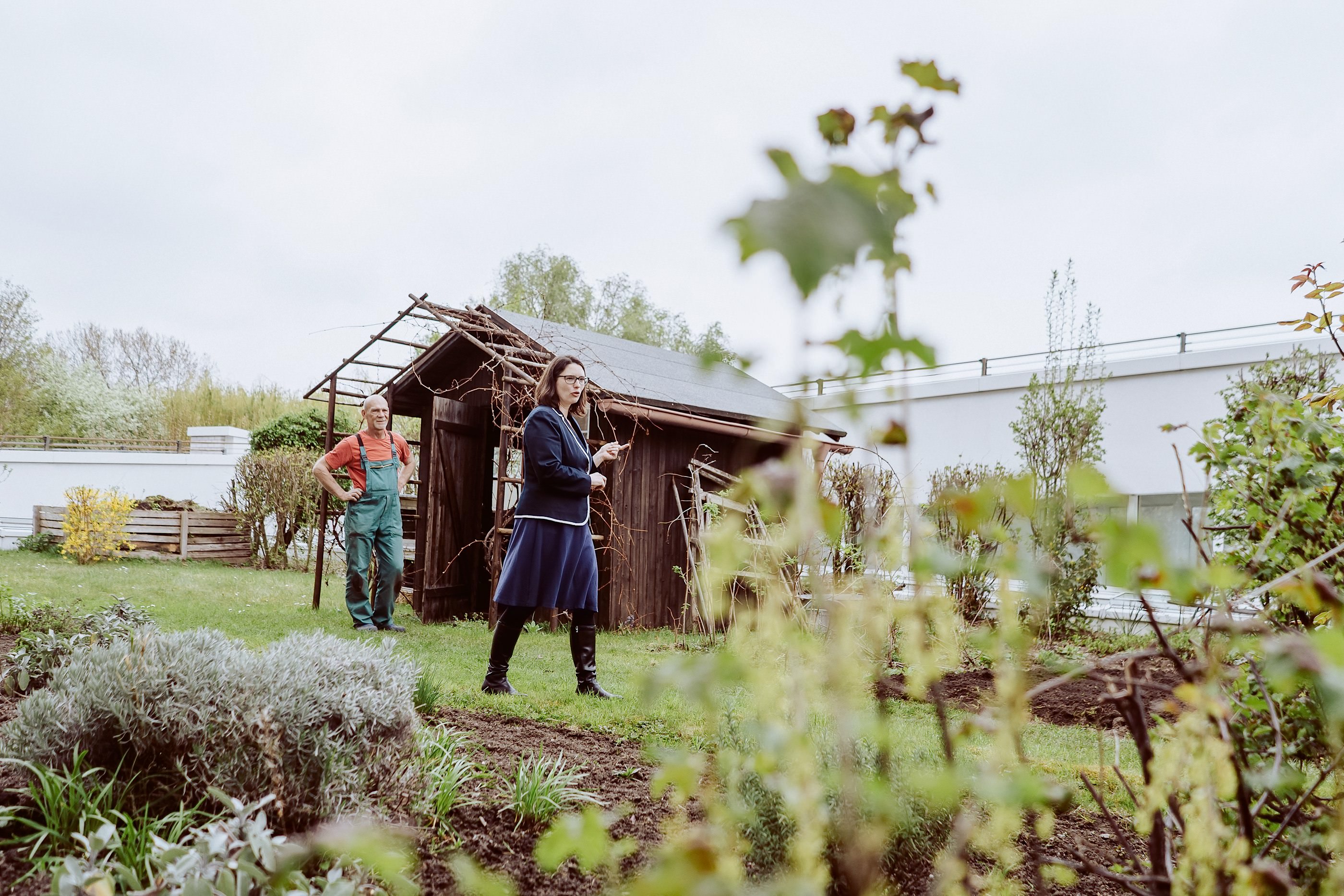 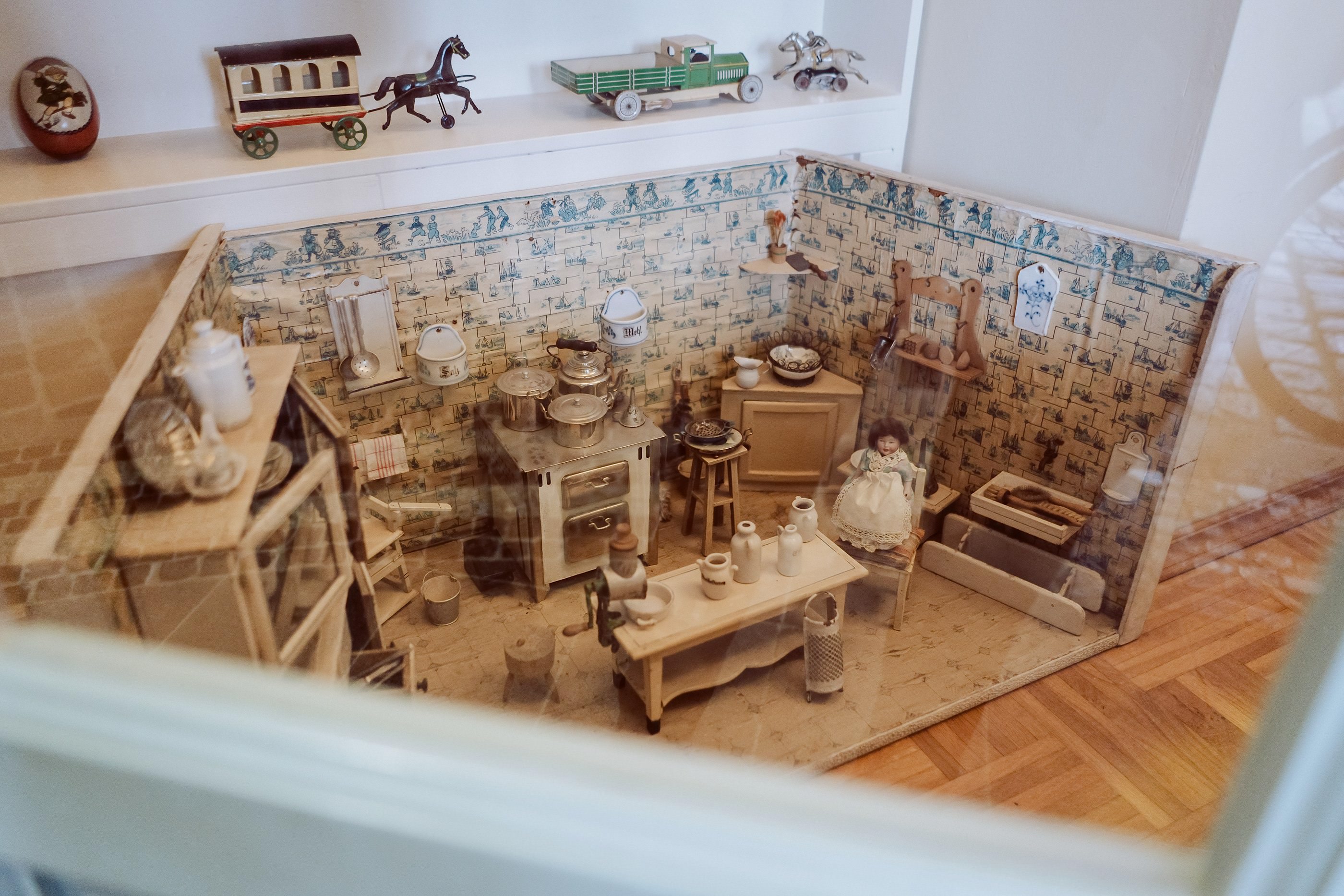 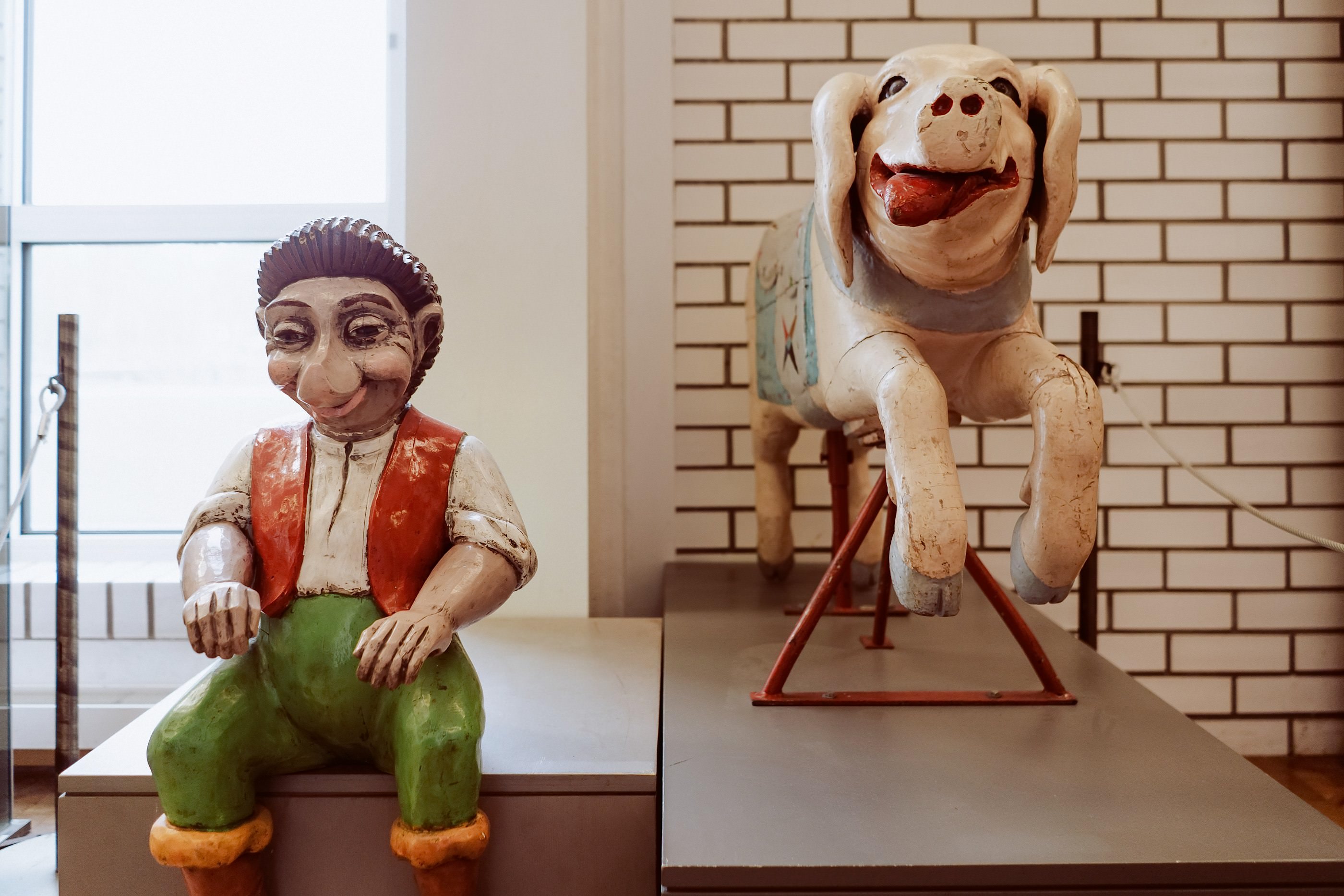