The Father and art

Ralf Sagner was not even christened until the nineties. Today, the former software developer runs the Dominican monastery in the city of Worms. He has recently opened his door to the New York couple’s art project “Matchbox Rhine-Neckar” that travels through the region and maps out its cultural landscape.

A chair, a table, a bed, a cupboard. Father Ralf has been living here since November – it is either novice monastics or downshifters who move into these chambers. Pavol Liska and Kelly Copper are neither. They are his guests. Under the direction of these New York artists, the unique performances of the Nature Theater of Oklahoma are a blend of opera, dance, theatre, and film. They have toured the Burgtheater in Vienna, the Berlin Theatertreffen, the Avignon Festival, and now the art and cultural project “Matchbox Rhine-Neckar”. Under the instruction of the “Kulturbüro” (cultural centre) of the Rhine-Neckar Metropolitan Region the project is being shown across the local cultural scene from September 1 to 27. The artists are going to integrate local people in their performances in the form of “Matches” in the towns of Einhausen, Lindenfels, Mörlenbach, and Rimbach. Yet, before they go on stage, they will go into this Dominican monastery in Worms, an establishment that is about thousand years old, plain and silent. And whose rules are strict: “Breakfast starts at seven,” Father Ralf tells us, joint prayer takes place three times a day. 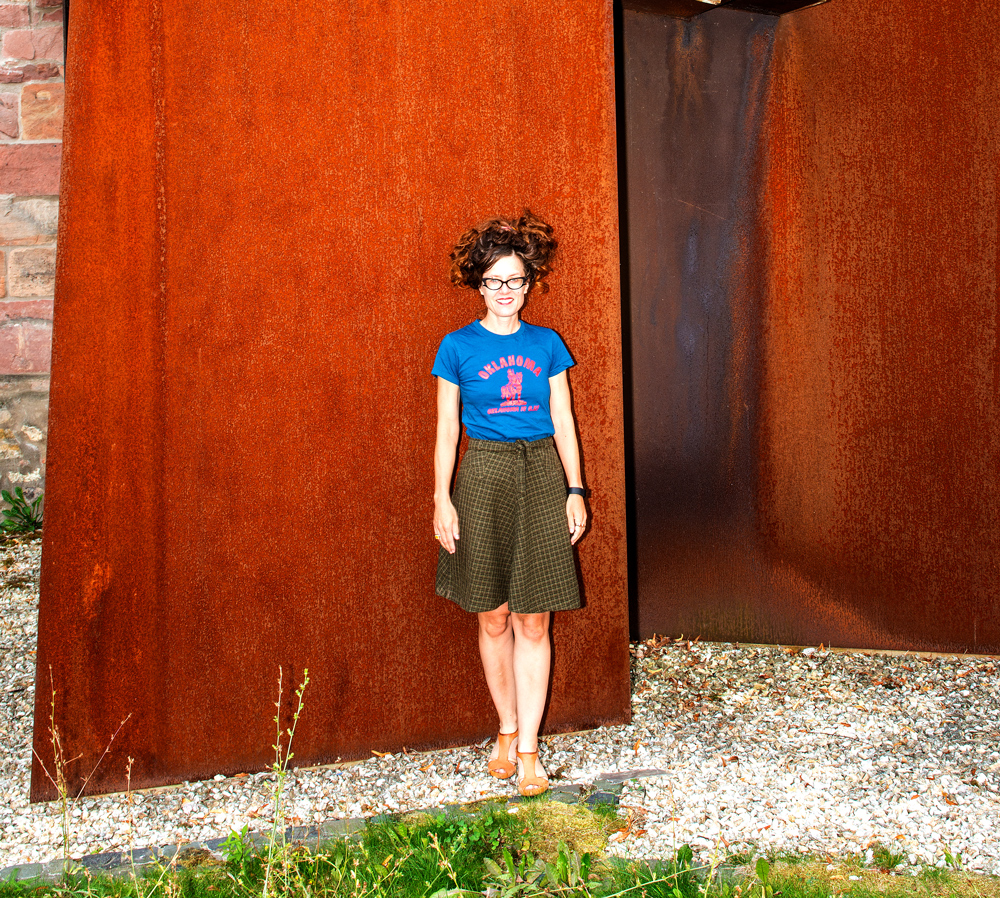 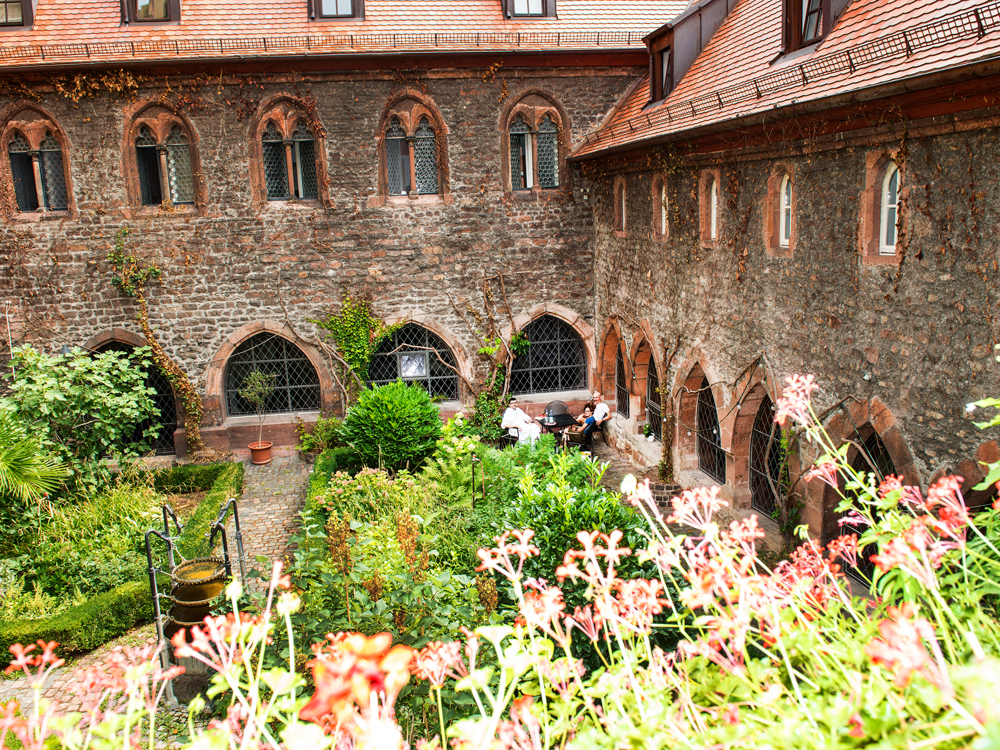 On the right, in the back of the Lord’s garden: creative minds from New York 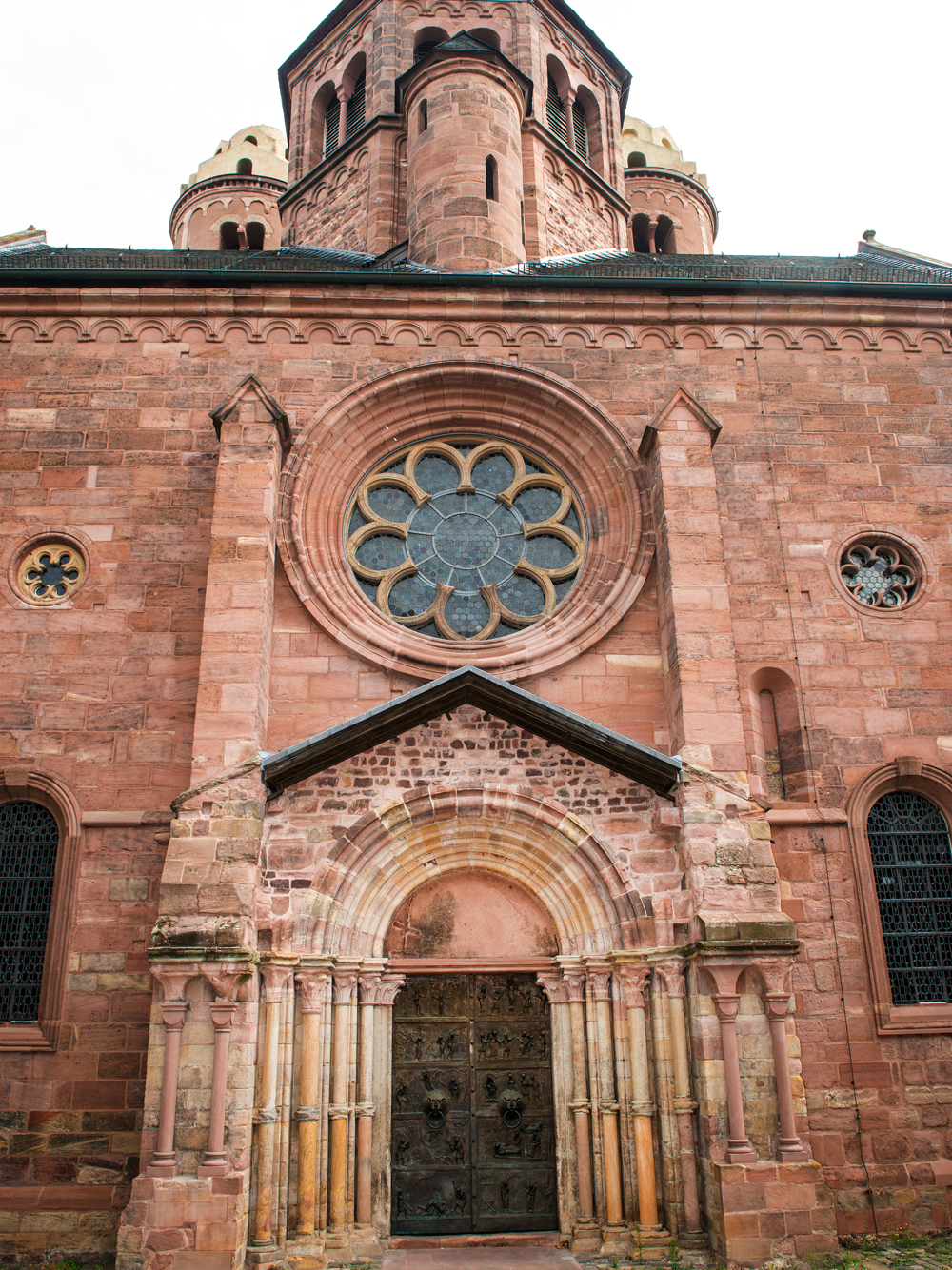 A place of culture and contemplation for over 1,000 years: the Dominican monastery in Worms 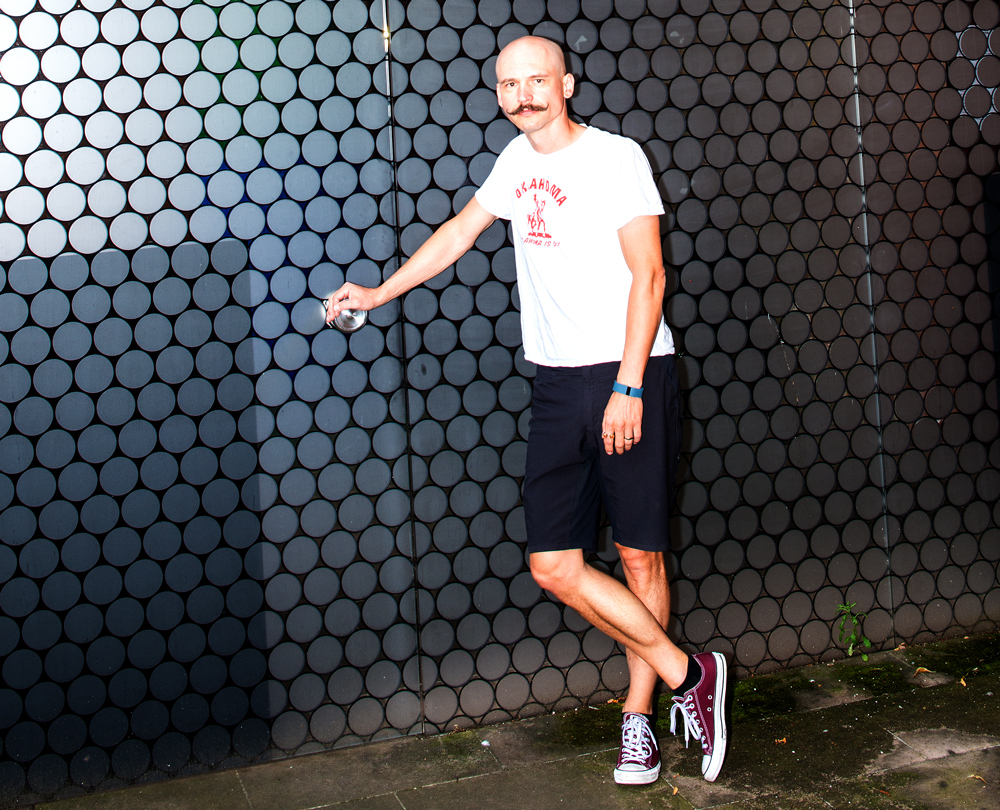 The idea behind “Matchbox Rhine-Neckar” is the following: Kelly Copper and Pavol Liska get on their bikes and cycle to ten local communities in order to make a film integrating locals. The first venue is the Dominican monastery in Worms with the very same Father who they received the invitation from. Why? “I believe in freedom of art,” the prior tells us with such ease as if the artists performing in his church St. Paulus were the most natural thing in the world: Liska and Copper shoot a new version, titled “Nibelungen Cycle”, of the epic Nibelungenlied, starring Siegfried who originates from the Cape Verde Islands and who marries a lady in her sixties. The scene starts with the double wedding between the hero and Kriemhild and between Gunther and Brünhild. And no, Pater Ralf is not the priest for the wedding ceremony, “I will only be an on-looker,” he says and nevertheless admits that he has some stage fright in view of a spectacle of such experimental nature taking place in such an authentic venue.

The prior has only been running the monastery since November. He was elected by the nine confrères (Brothers) when he was absent due to chaplain tasks in the city of Leipzig. But he had already been familiar with Worms where he was a novice in 2006.

”Changes of our place of residence are part of our lives,” the Father tells us, wearing the traditional Dominican white habit and horn-rimmed glasses with a short haircut.

Outside of the monastery, the prior’s name is Ralf Sagner. He encountered religious faith at an advanced stage of life and entered the holy order at an even more advanced point. Born in 1962 in the city of Potsdam, the skilled chemical worker studied information technology in the city of Chemnitz, which was named “Karl-Marx-Stadt” back then. “My mother was a teacher, my father an officer,” the superior of the Worms monastery tells us. The Sagner family were living in the socialist system of the German Democratic Republic whose collapse suddenly questioned everything. During his job as a software developer in Berlin, Ralf Sagner started to spend time with church matters. In 1993, he was christened and only fourteen years later he joined the order and studied theology in the cities of Mainz and Vienna. In 2012, he was ordained as a priest.

A chat in the gardens of the Worms monastery

He may be the perfect man for the position of prior exactly because of this late nomination. Worms holds the Dominican training institution for the entire German-speaking area. Three monks are currently living here. Being in their early twenties, they have quit civilian life for the time being. The Father explains to us that the noviciate is kind of a “sheltered period of time” in which these young people have to settle the question of whether or not a life in the holy order suits them. For this purpose, they drop out of apprentice and study programmes and they have to cope with the fact that friendships may not necessarily establish and that confrères cannot replace a family. Yet, a closely connected and self-chosen community awaits them.

A community, which is hosting New York artists these days. “It is common to have guests here,” Father Ralf tells us. But what is special about these guests is that they are working on their project which is the film version of Nibelungen marriages that integrate fiction and reality: There will be a vernissage on September 1, a real-life event with the mayor of Worms, amongst other people, delivering speeches and on the other hand the stage-managed wedding ceremony, musically accompanied by the Hermann Art Kollektiv. This spectacle is followed by a silent film, for which Copper and Liska had 1920s outfits tailored in order to pay homage to legendary Fritz Lang and his 1924 film version of the Nibelungen.

Culture and church – proceeding with the Father along the centuries-old monastery’s paths and passing baroque depictions of the Crucifixion and Romanesque frescoes, one comprehends that these two have always belonged together.

The new prior aims at making this connection more visible to the community. He is planning to have exhibitions and maybe an oratorio or two, accompanied by scenic action. The film about the Nibelungen forms the prelude thereto. It is meant to return to the region and to be shown at the places of its creation next year, before being shown at festivals in Canada and Ireland. 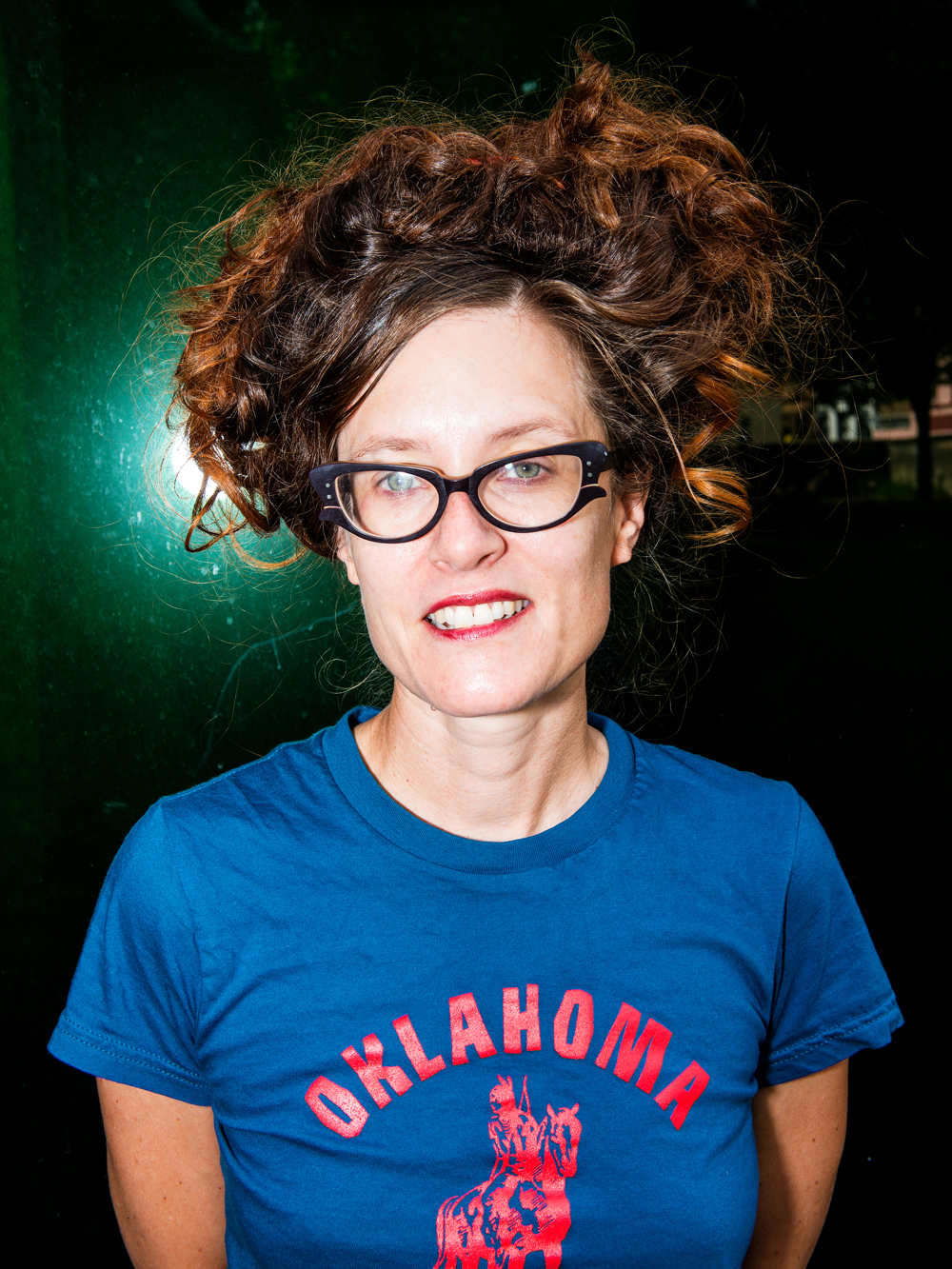 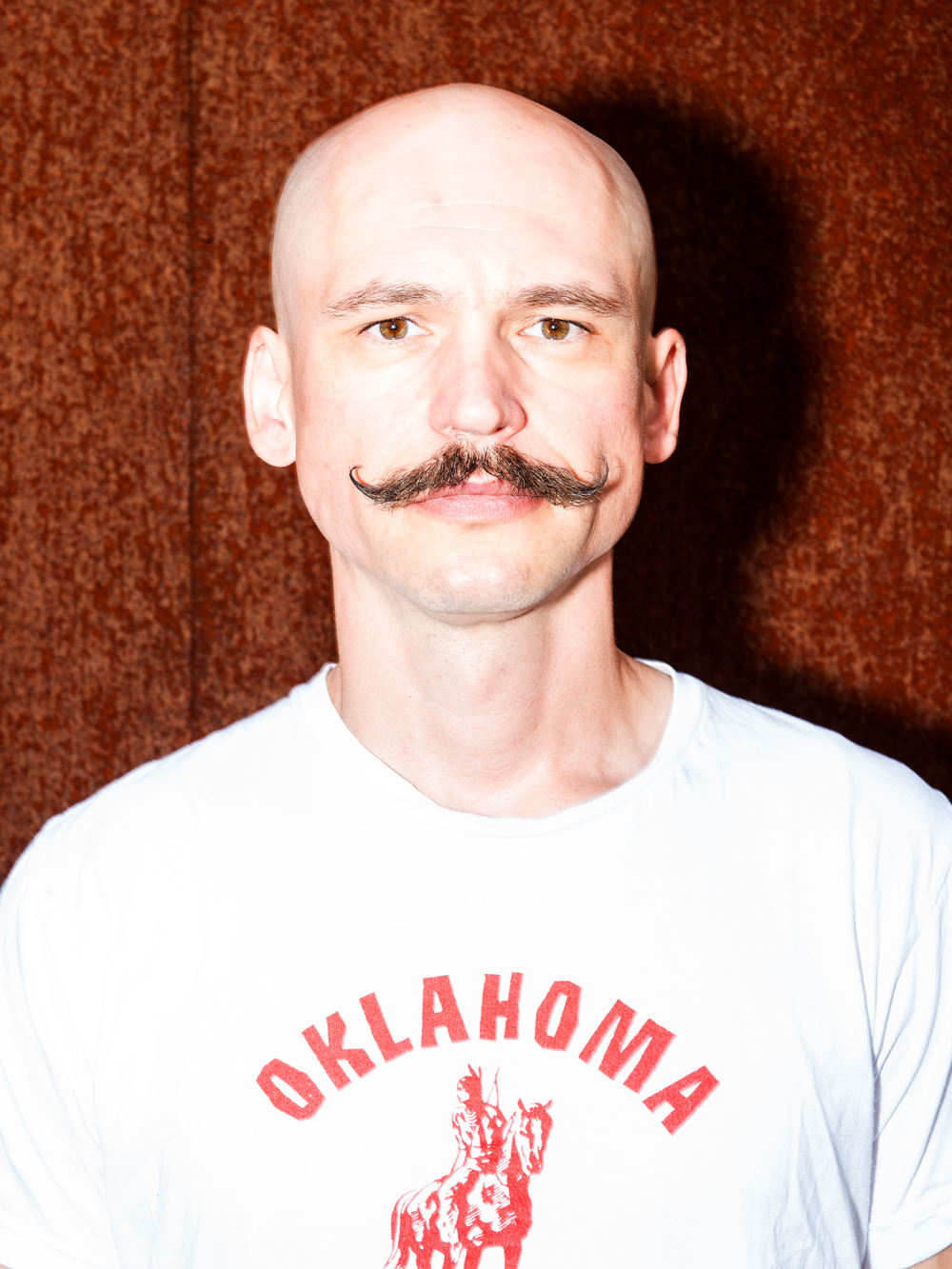