After World War II ended, Otto Bartning devised a unique aid program for churches by means of a remarkable concept—originating from the region Neckarsteinach. And he thought out of the box to realise his intention: The highly acclaimed architect mailed out construction plans to parishes per post. The parishioners used this to assist them in the construction of their place of worship which they carried out all by themselves—in an easy kind of DIY (Do It Yourself) push fit assemblage.

“Exemplary authenticity”—with an exclamation mark at the end of the phrase—is the description given to the Mannheim Gnadenkirche (Church of Grace in Mannheim) on the webpage of the Otto Bartning Arbeitsgemeinschaft Kirchenbau (Otto Bartning’s church construction association). “Just about everything is still original in this church,” you can see the proud look on Dieter Peulen’s face when he pointed this out, the moment before he entered the church that has a modest ring to it. What is more, a discovery had been made. Even on this mildly temperate winter morning, the fabricated church still has a warm, and extremely cosy atmosphere—and the reason behind this is not only because the chairperson of the council of elders had just switched the heating on. Could it be due to the aromatically rich scent of wood emanating from the saddleback roof and gallery? Could it be because of the brightly painted walls that lend the room such a friendly ambience? Or is it the modest charm of the alter, pulpit, baptismal font and lamps that harbour an unembellished quality? It is a sure fact that one of the most interesting churches in Mannheim is also one of the most inconspicuous places of worship. The church was built in 1948, as an “emergency provisional church type B (variant with a wall built around the alter)”; this is how specialists in the field describe this type of building. The church was consecrated in 1949 and is one of the 90 or so churches in Germany that were created from the blueprints of one of the most important German Protestant church architects of the twentieth century—in an extraordinary manner. 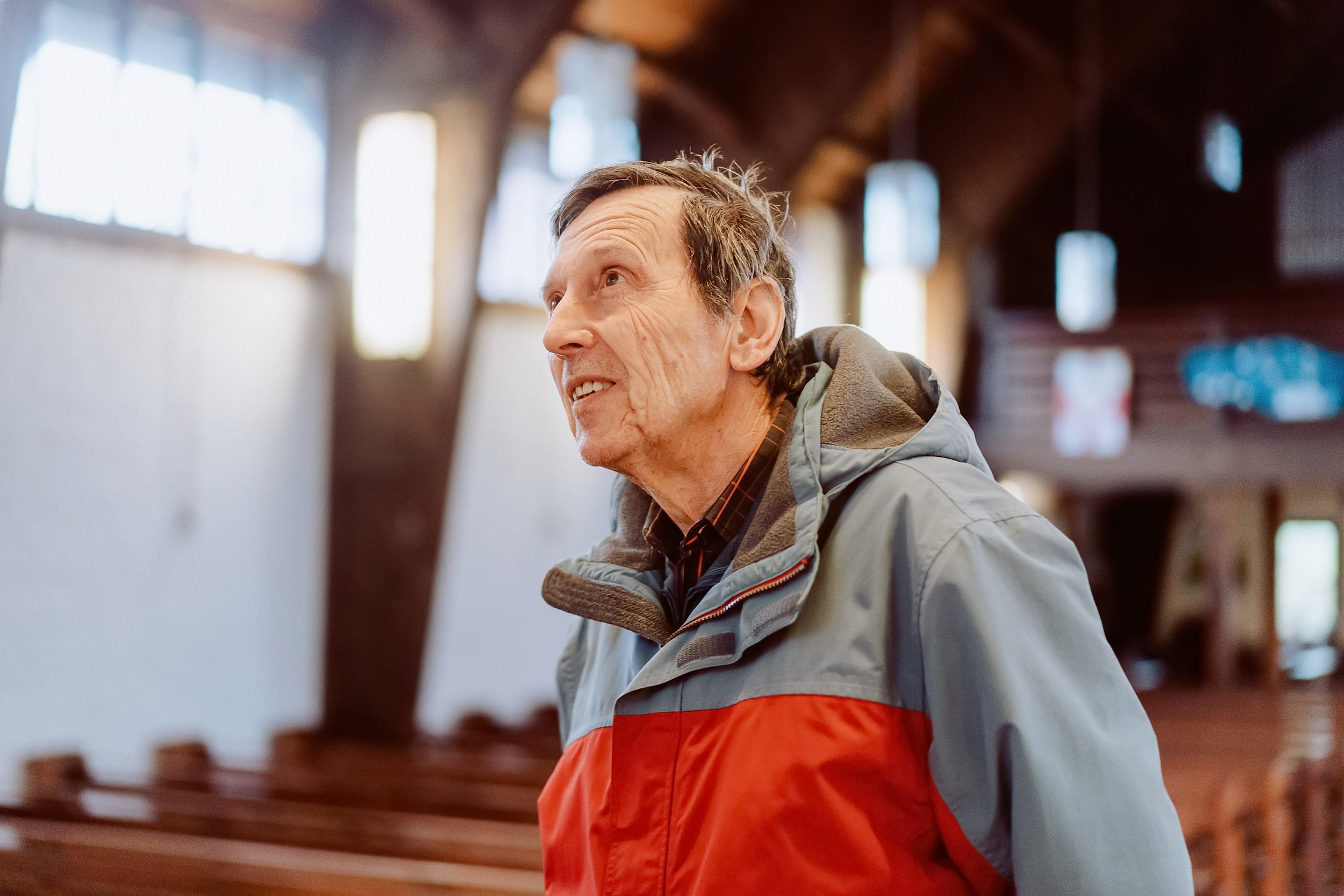 Otto’s churches were intended to be “tents pitched up in the desert,” a statement to be taken quite literally given the fact that so many people were rendered homeless by the destruction caused by World War II. Before the National Socialists came to power, the architect born and raised in Karlsruhe (1883 – 1959) was not only a cofounder of the Bauhaus concept in cooperation with Walter Gropius; as a part of the industrial construction, he also integrated prefabricated parts and materials at an early stage into the church designs. This was to have paid off, from 1945, he had barely taken over the responsibility of the construction department of the welfare organization of the Evangelical church: Otto had developed three types of church of which the body consisting of wooden elements were to be fit in place—by the parishioners themselves. This was not only done to save money but also to gain a sense of togetherness in the community. “He never mentioned anything about provisional emergency churches,” says Dieter. Otto understood them rather to be churches constructed in times of need that have arisen from a distinctive mentality during this period—they were designed and built to stand the test of time.

The wood used to build the Gnadenkirche in Mannheim originated from Switzerland. Parishes in the U.S. donated money to build the church as a sign of reconciliation. “The church was actually supposed to be called Church of Philadelphia for this reason,” remembers Dieter. However, the locals of Mannheim were not too content about giving their church such an obvious connection to the U.S. so soon after the war. The walls were erected using red sandstone from the ruins of the evangelical construction works in the inner city. This is how the first modern church structure was erected in Mannheim after the war with the support of the World Council of Churches in Geneva and in accordance with Otto’s building outlines. These designs allowed for something new to be found in each of the four occupation zones: churches assembled from prefabricated pieces—in serial production. 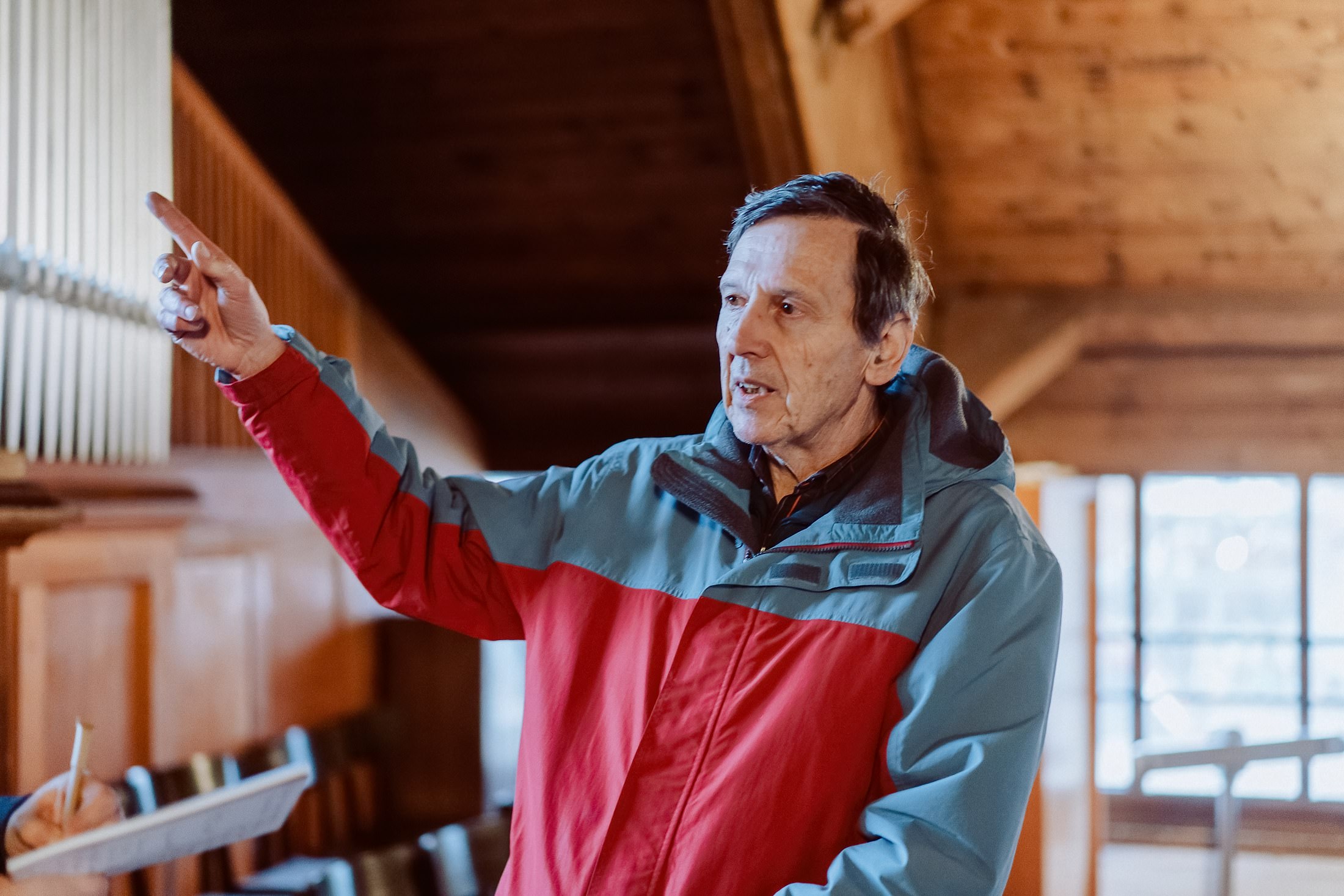 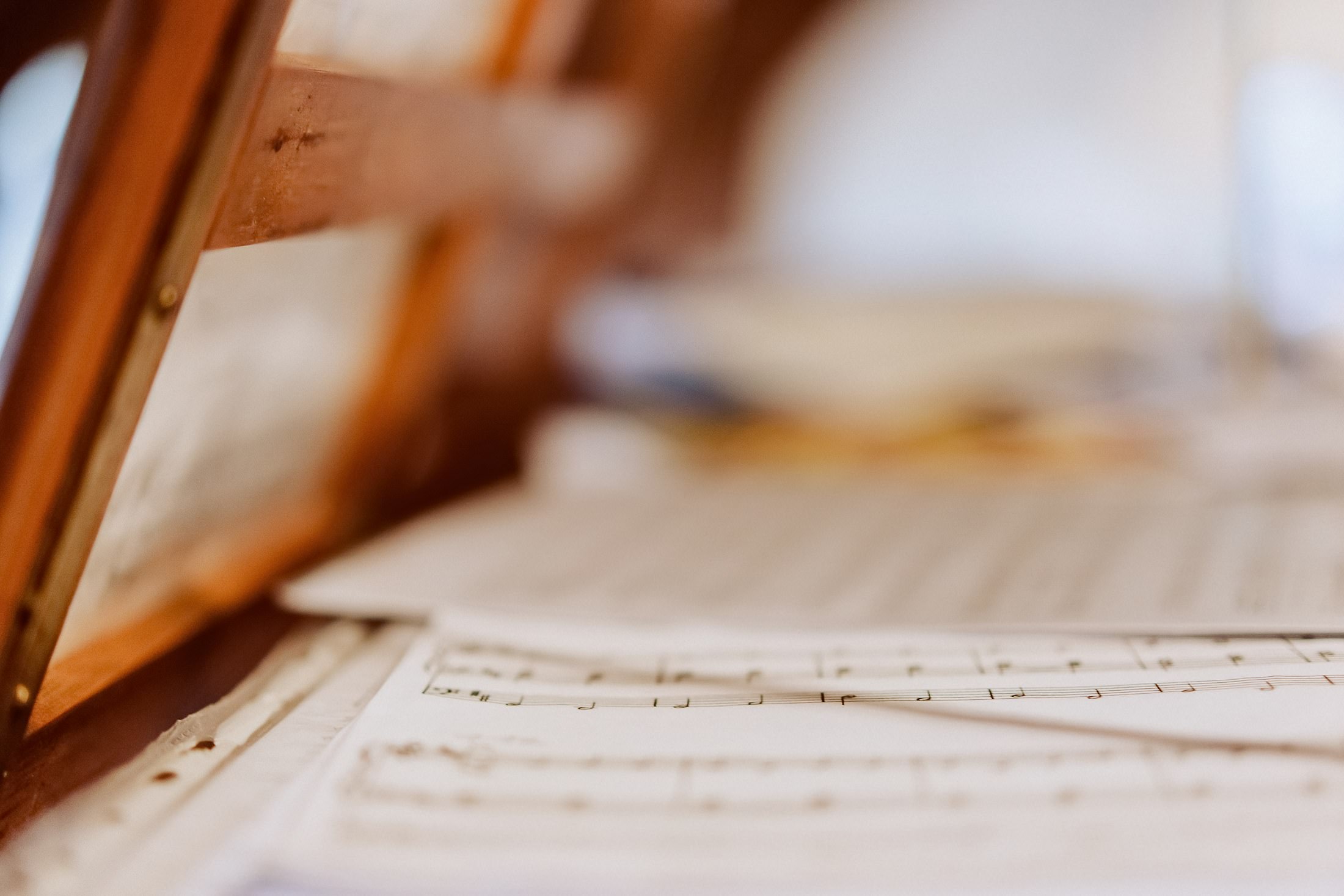 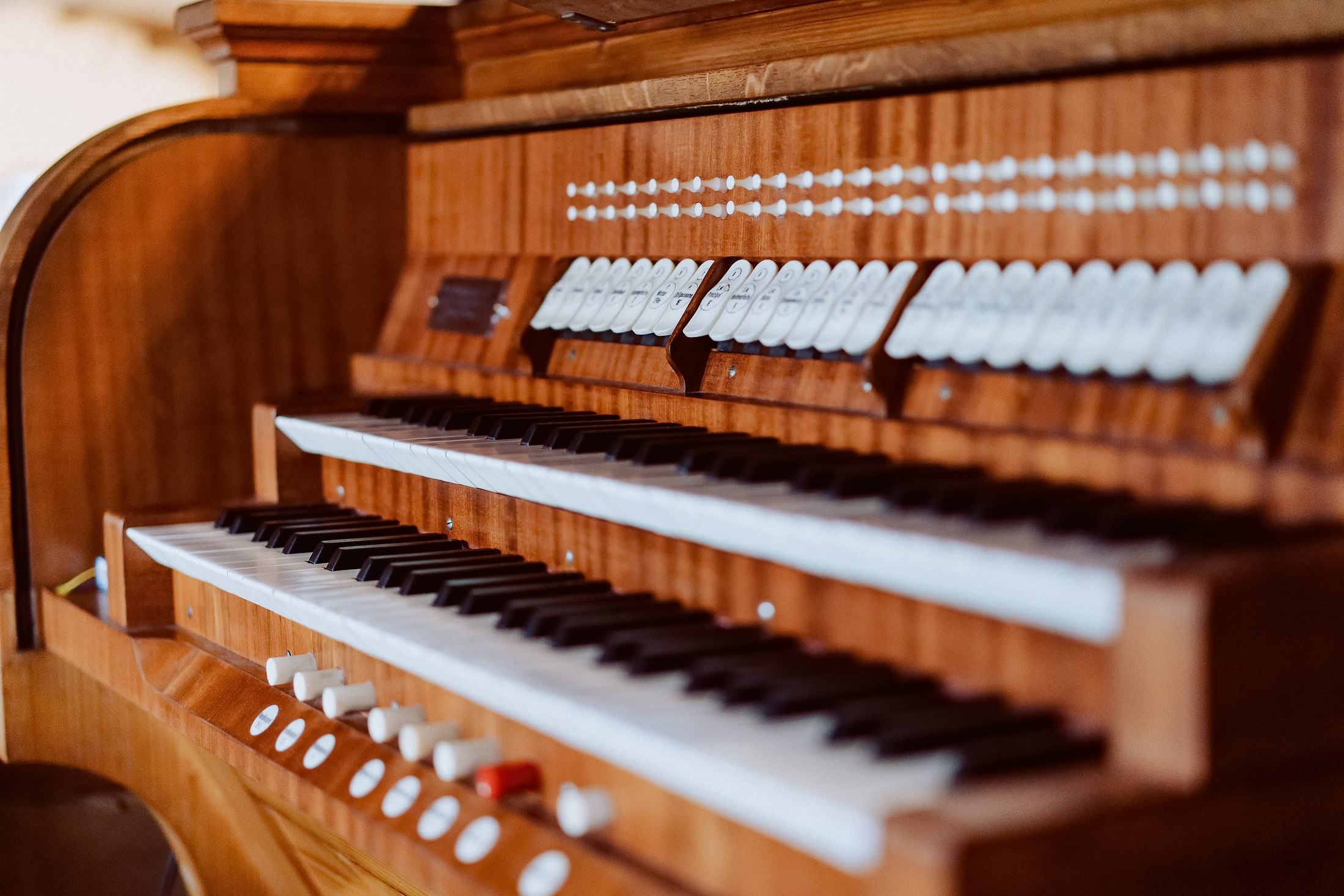 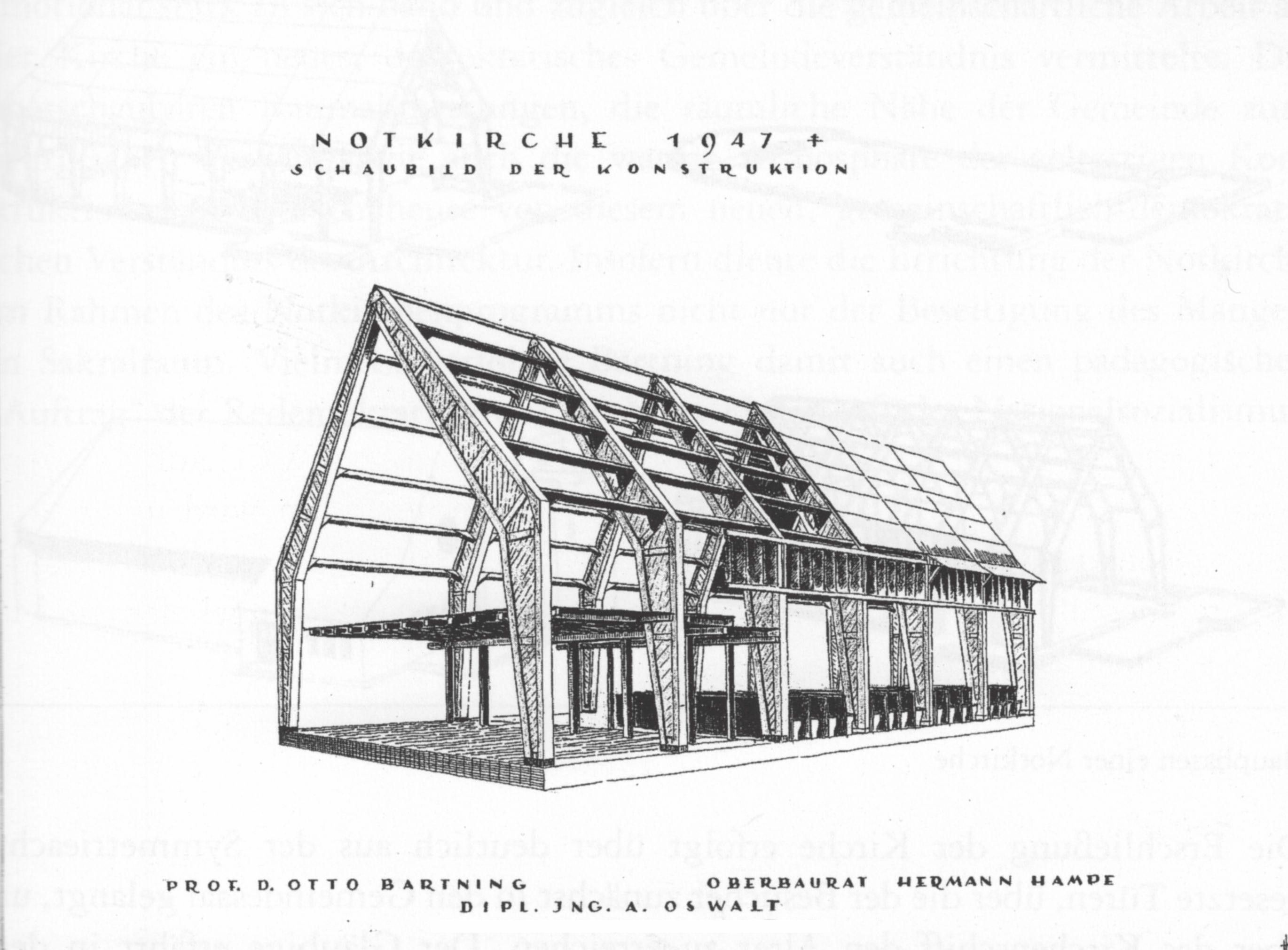 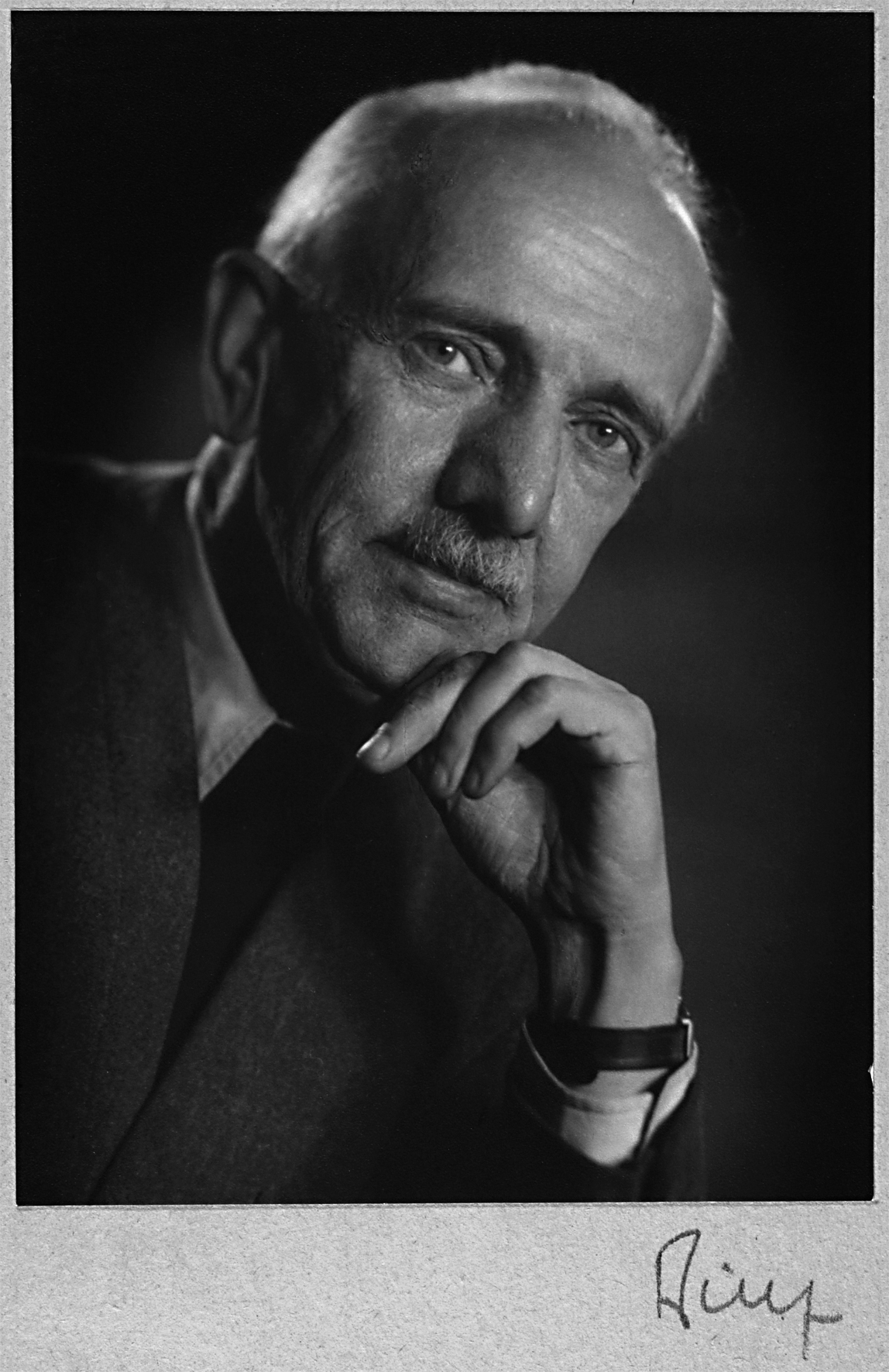 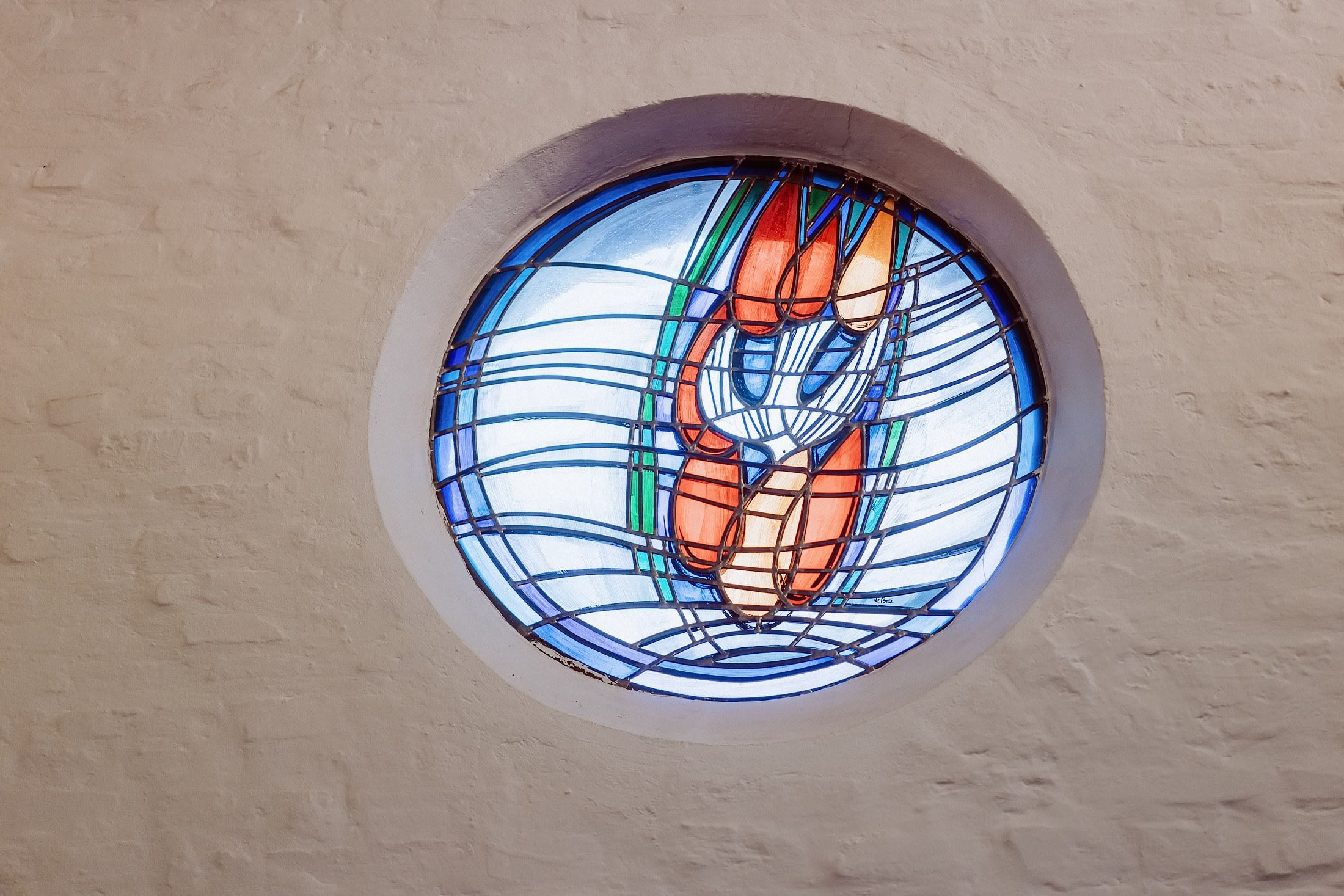 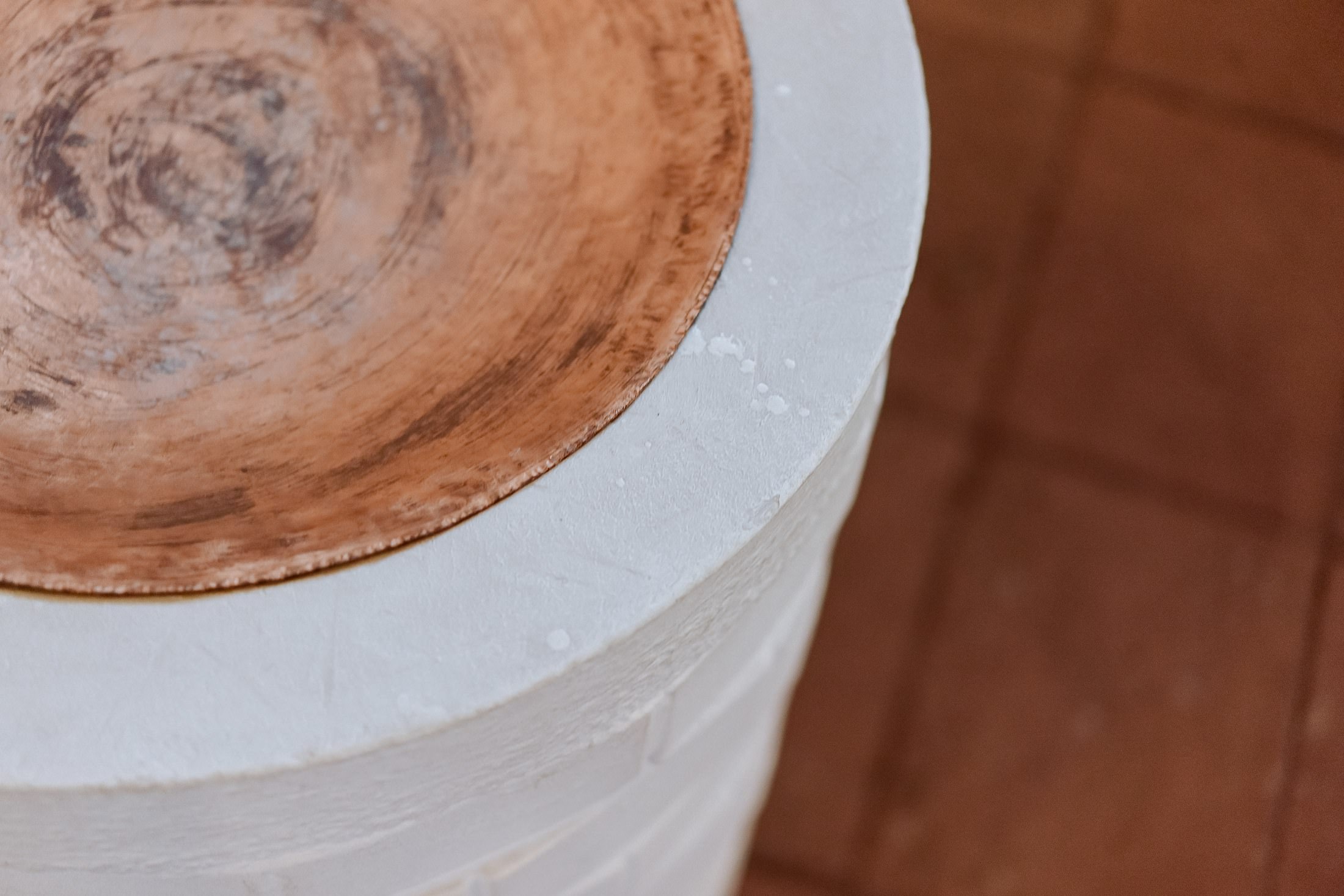 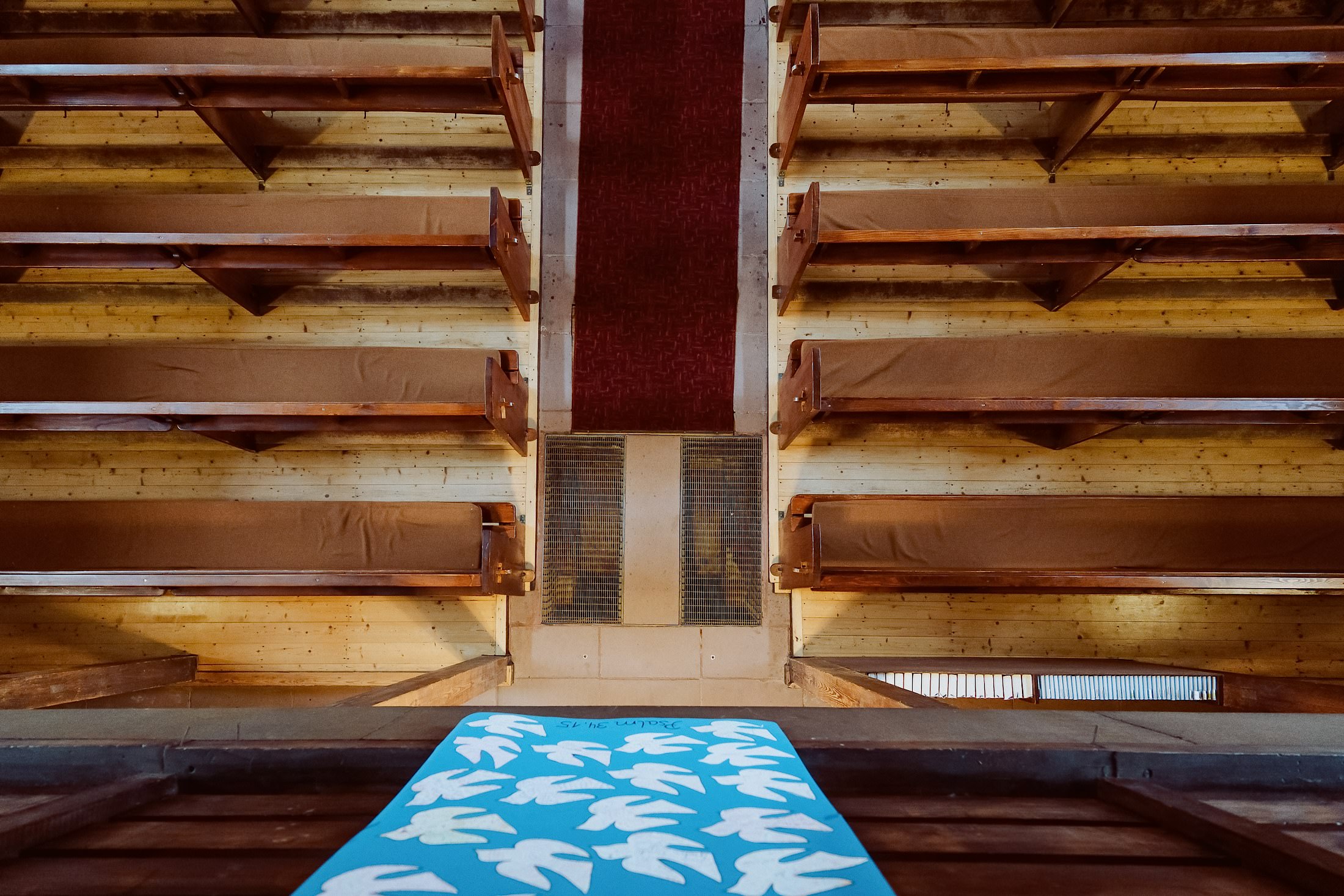 Dieter Paulen was born in 1947 therefore he has of course no recollection of the church being built. He can, however, remember a lot more about its association with history: “I grew up only a few meters from here,” states the customs official who travelled throughout Europe right up until he went into retirement. But he still lives in the house that his father once built. In 1910, the then newly founded ‘Gartenvorstadt-Genossenschaft Mannheim’ (garden suburb association in Mannheim) created spacious housing for families modelled on the type of houses found in England with a self-sufficient garden. “We still practice this special sense of ourselves working together as a community right up to today,” adds Dieter, who was baptized and confirmed in the Gnadenkirche. He got married here and his two children were baptized in this church as well. In his childhood, Dieter travelled with his family to the foundry in Karlsruhe, when the Gnadenkirche acquired a tower and bells in 1954. He has led the council of elders for over 40 years—a position that he took over from his father in 1978. 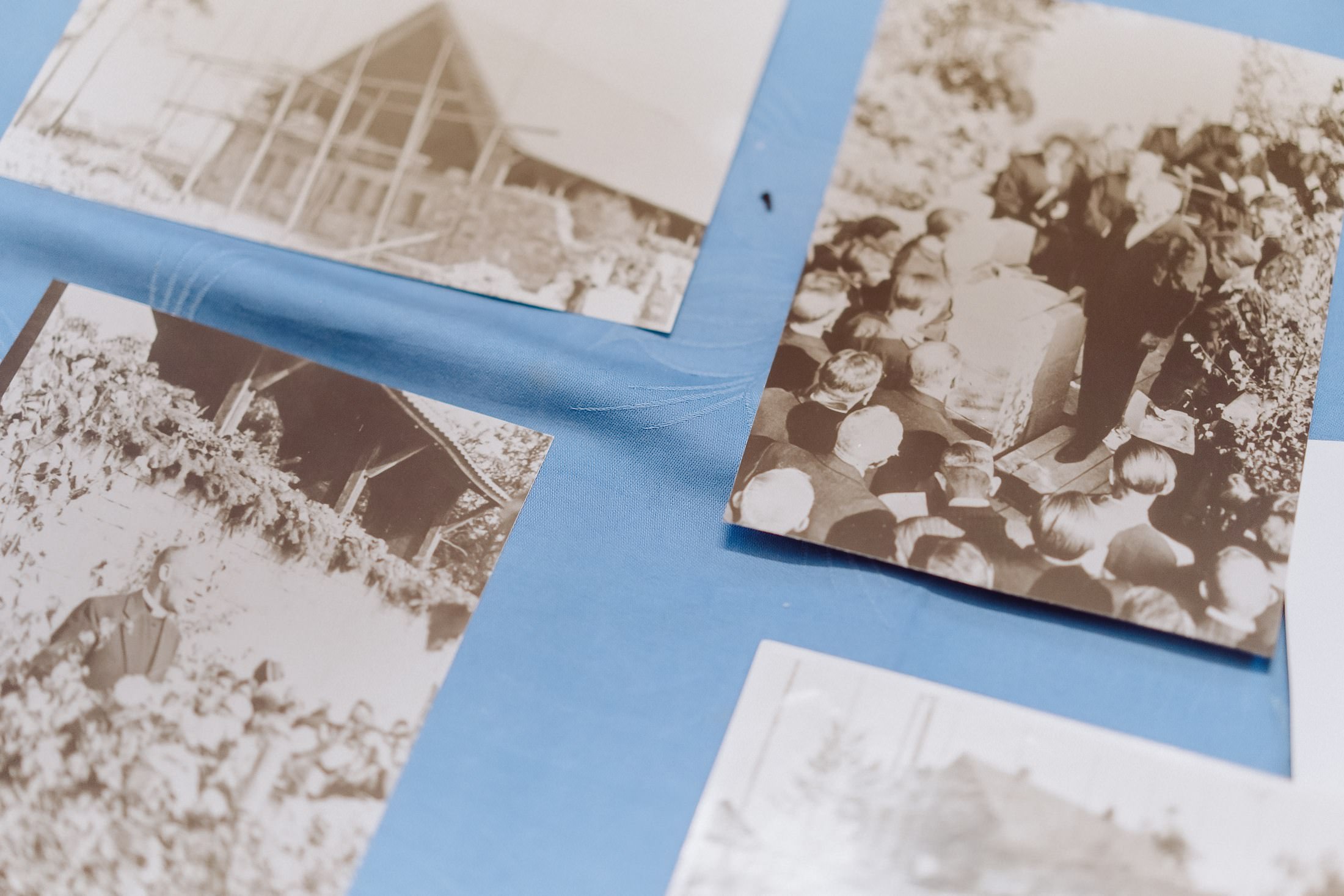 The prime importance of the architect who devised the Gnadenkirche has been widely recognised throughout the whole nation, this significance still holds true even till today. Members of the public who share an interest in architecture frequent the Gartenstadt time and time again. The Academy of Art, Berlin, the Municipal Gallery, Karlsruhe and the Mathildenhöhe Institute in Darmstadt recently paid a tribute to Otto Bartning in an exhibition. What the best part of experts don’t know of course, is that his unprecedented church construction programme came to fruition in the Rhine-Neckar region. From 1941 to 1948, Otto was the director of the builders’ hut for the Heiliggeistkirche (Church of the Holy Spirit) and Peterskirche (St. Peter’s Church) in Heidelberg to escape the chaos of war in Berlin. He lived in Neckarsteinach from 1945 to 1951, where the Americans even appointed him to be Mayor for a period of time. On the street named Hirtweg, he set up a small office at the front castle owned by the Freiherrn von Warsberg family from which he ran his aid program. The blueprints for the emergency churches were drawn here—the first of which happened to be in Pforzheim—as well as the parish centres, ‘diaspora chapels’ and ‘church houses’ for the whole of Germany. In Neckarsteinach itself, another unprecedented project came to fruition: a housing development to make new homes for refugees and people displaced from their domiciles—again to be built by the people themselves and made of tamped clay. 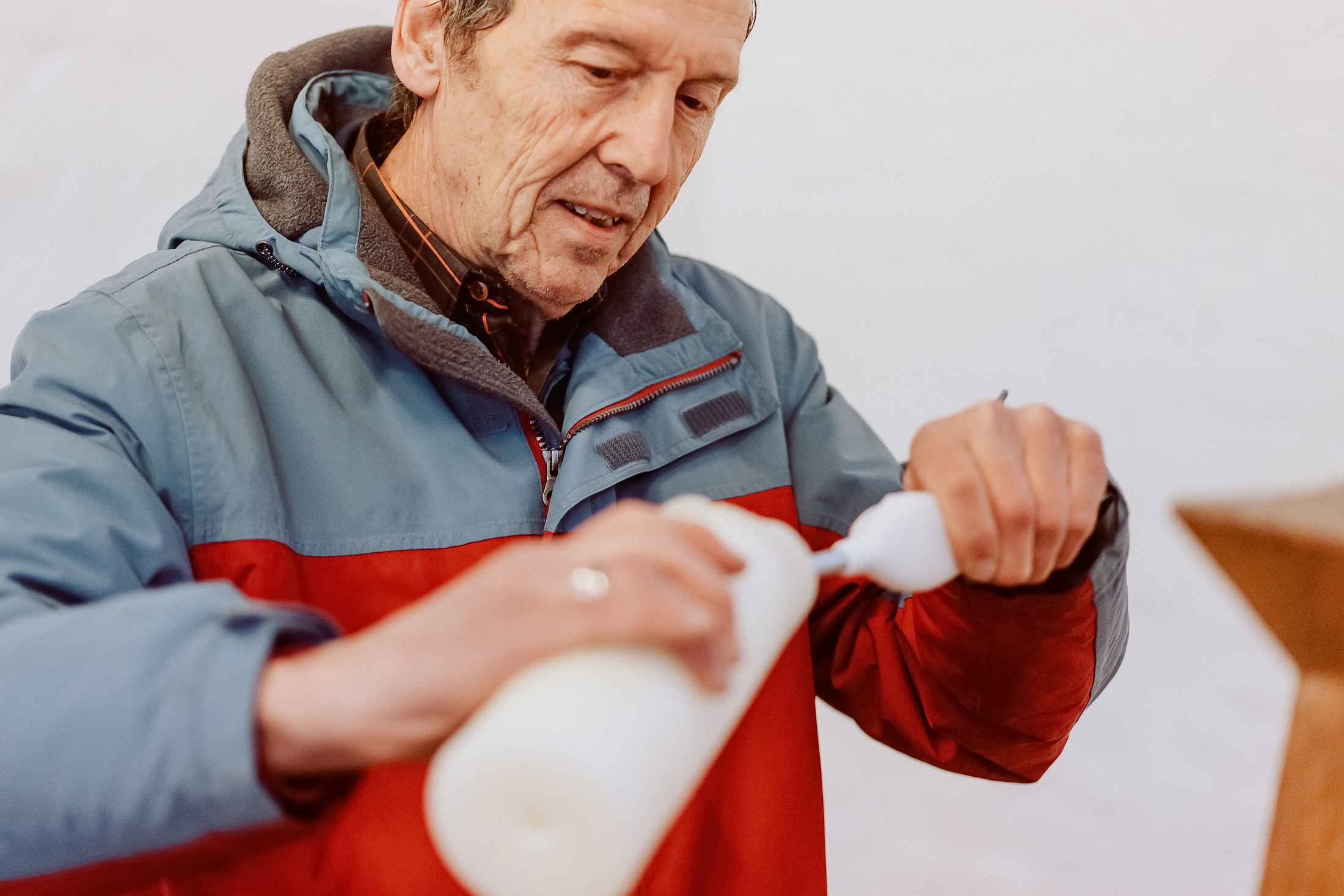 In addition to the Gnadenkirche in Mannheim, there are four more churches that Otto conceptualized in the Rhine-Neckar Metropolitan Region: the Lukaskirche (Lucas Church) in Worms (emergency church type B) and the Friedenskirche (peace church) in Billigheim (diaspora chapel); the Bartning community at the Melanchthonkirche (Melanchthon church) in Ludwigshafen had described the building as being “materially kept in shape”—the same grade was awarded to the Lukaskirche, in Palatine Birkenheide. However, a good number of Bartning churches run the risk of being torn down, such as the ones in Leverkusen and Dachau. Perhaps a new church should be constructed with all the creature comforts? “We wouldn’t even consider this to be a workable option,” adds Dieter, who co-organized the church’s 70th anniversary festivities in 2019, as well as recently freshly painting the inside of the church together with the other parish members. “Very well maintained” is the mark that the Bartning community noted in the database as an indication of the state that the Gnadenkirche has been kept in. The church has been a listed building for a long period of time. You can read about its intention for admission into the world heritage listed buildings a few lines further down. The Berlin citizens’ action group wishes for Otto’s buildings to be admitted as unique sacred world heritage areas in the list of UNESCO buildings. The churches should definitely be able to fulfil the important criteria to gain acceptance into the international organisation. The organisation acknowledges “excellent examples of different types of buildings that are able to symbolize momentous chapters in the history of humankind.” A traffic light is used as an indicator to distinguish between the parishes that intend to obtain support from the project and those that do not. The traffic light quite clearly indicates the colour for the church in Mannheim: green! 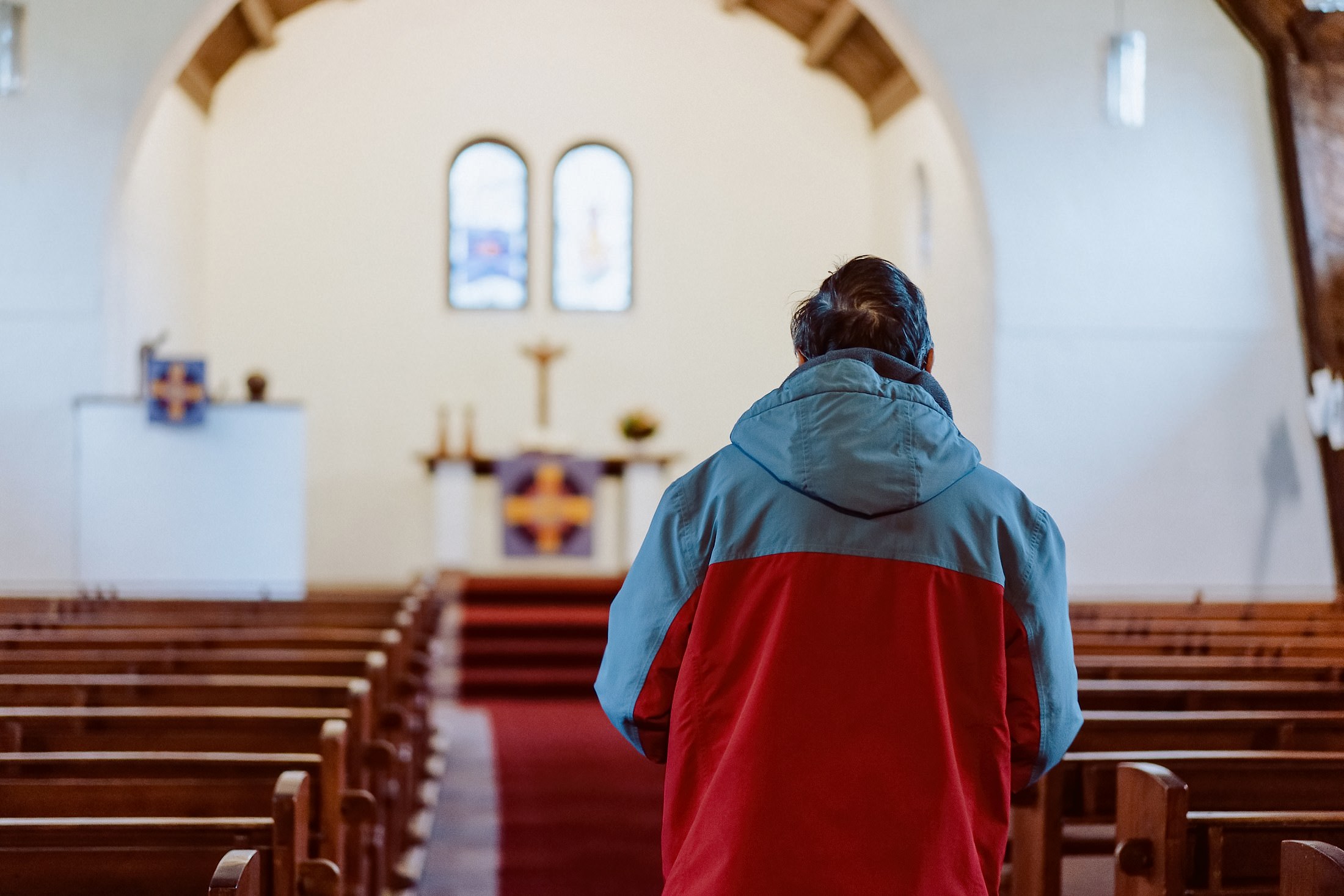 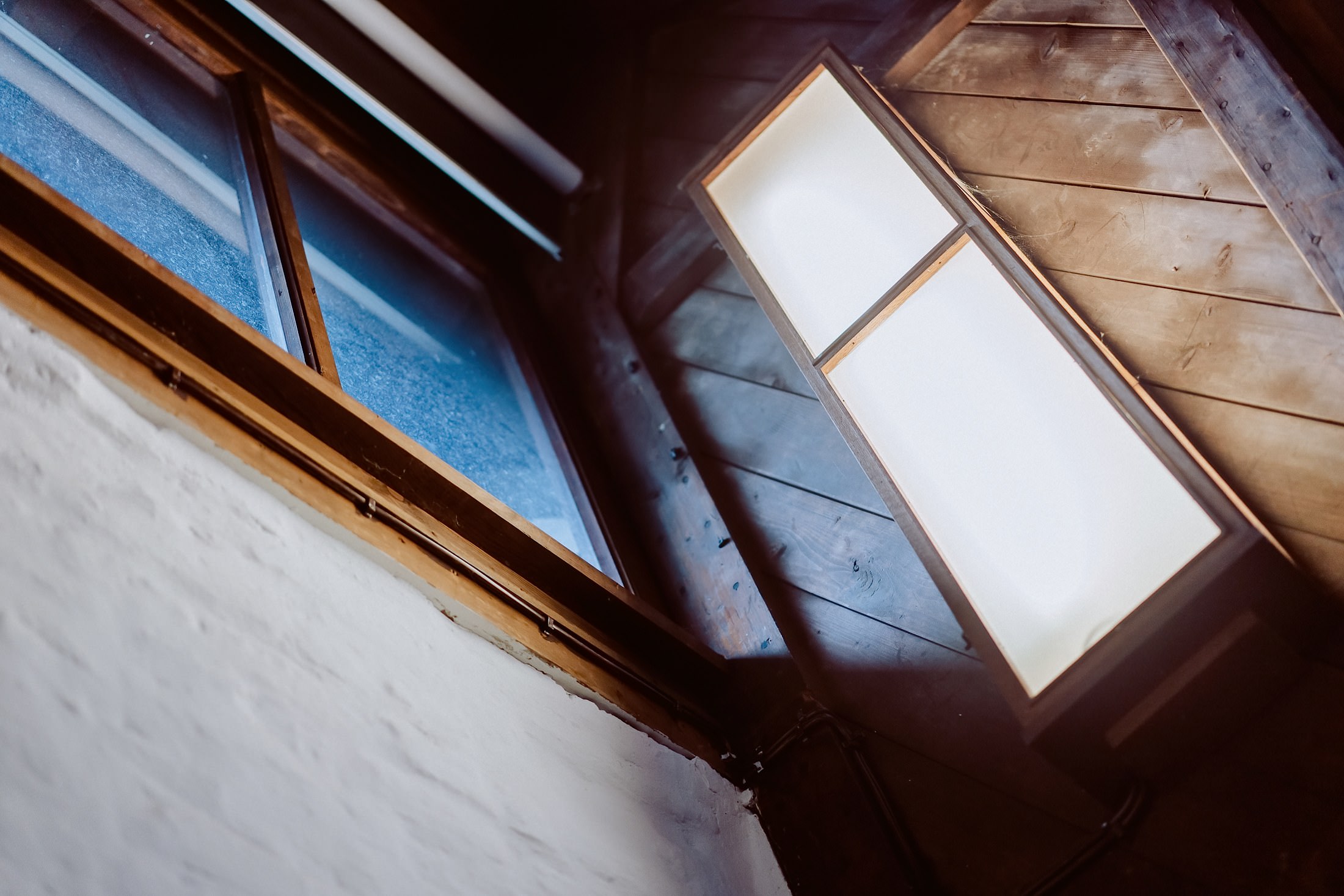 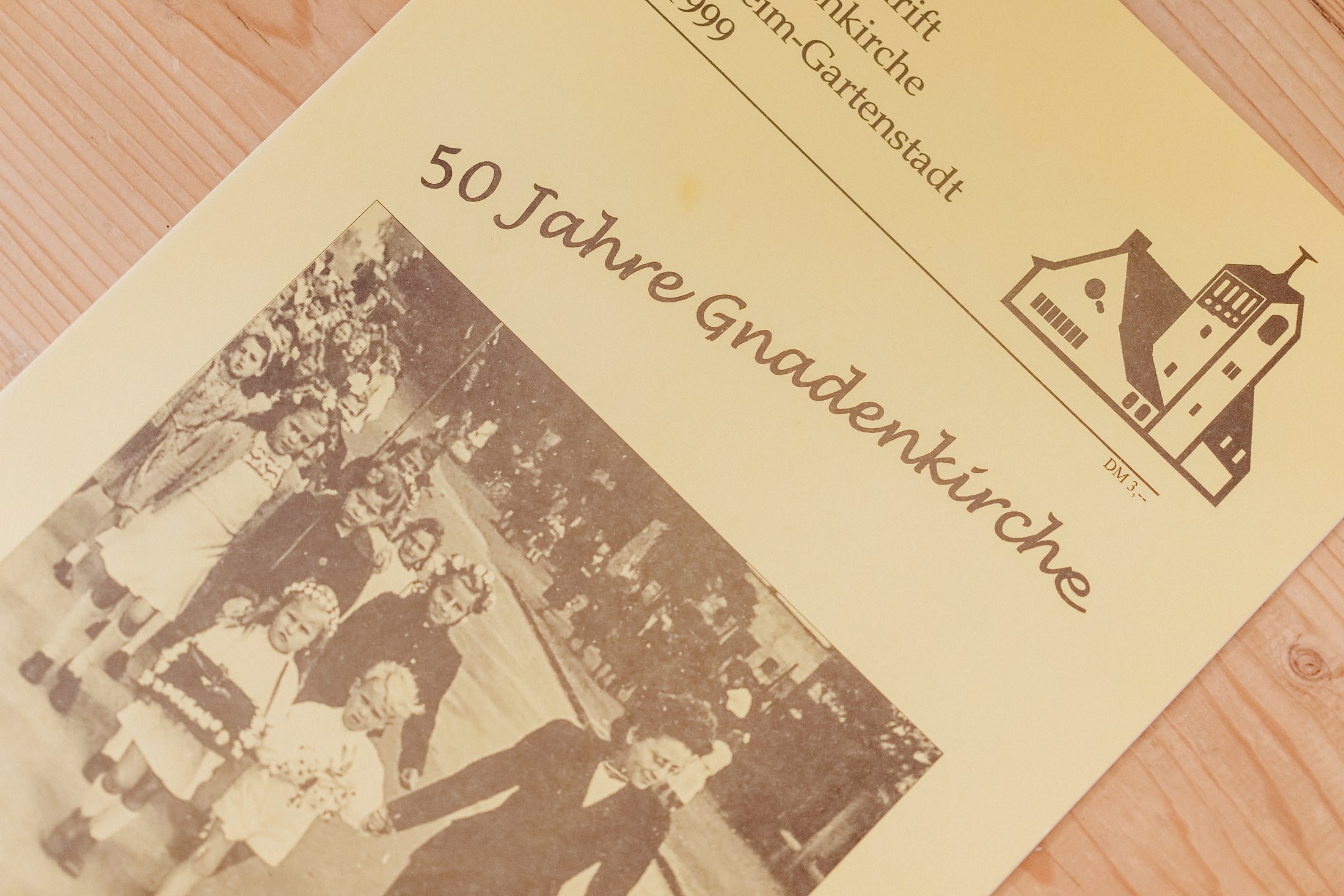 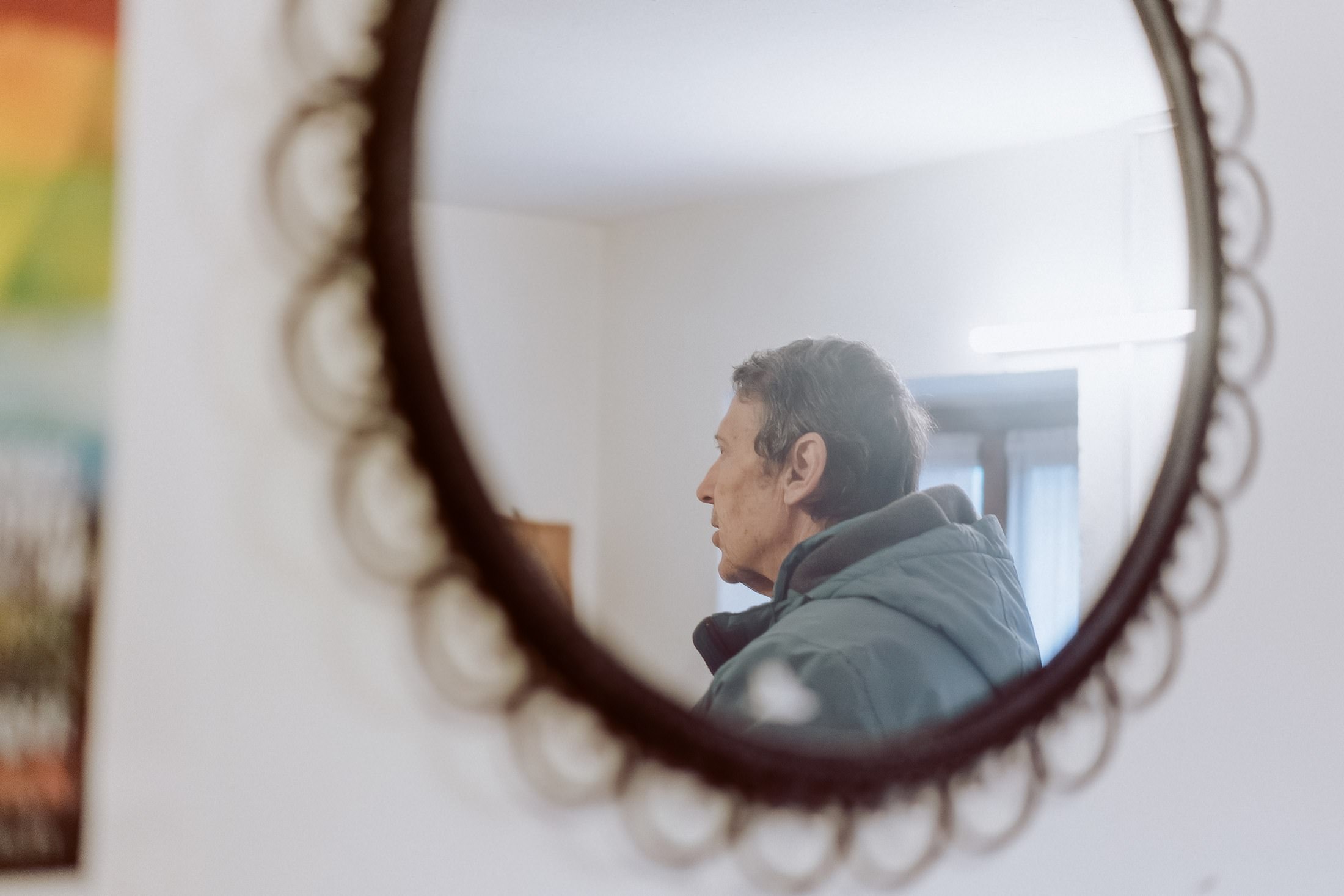 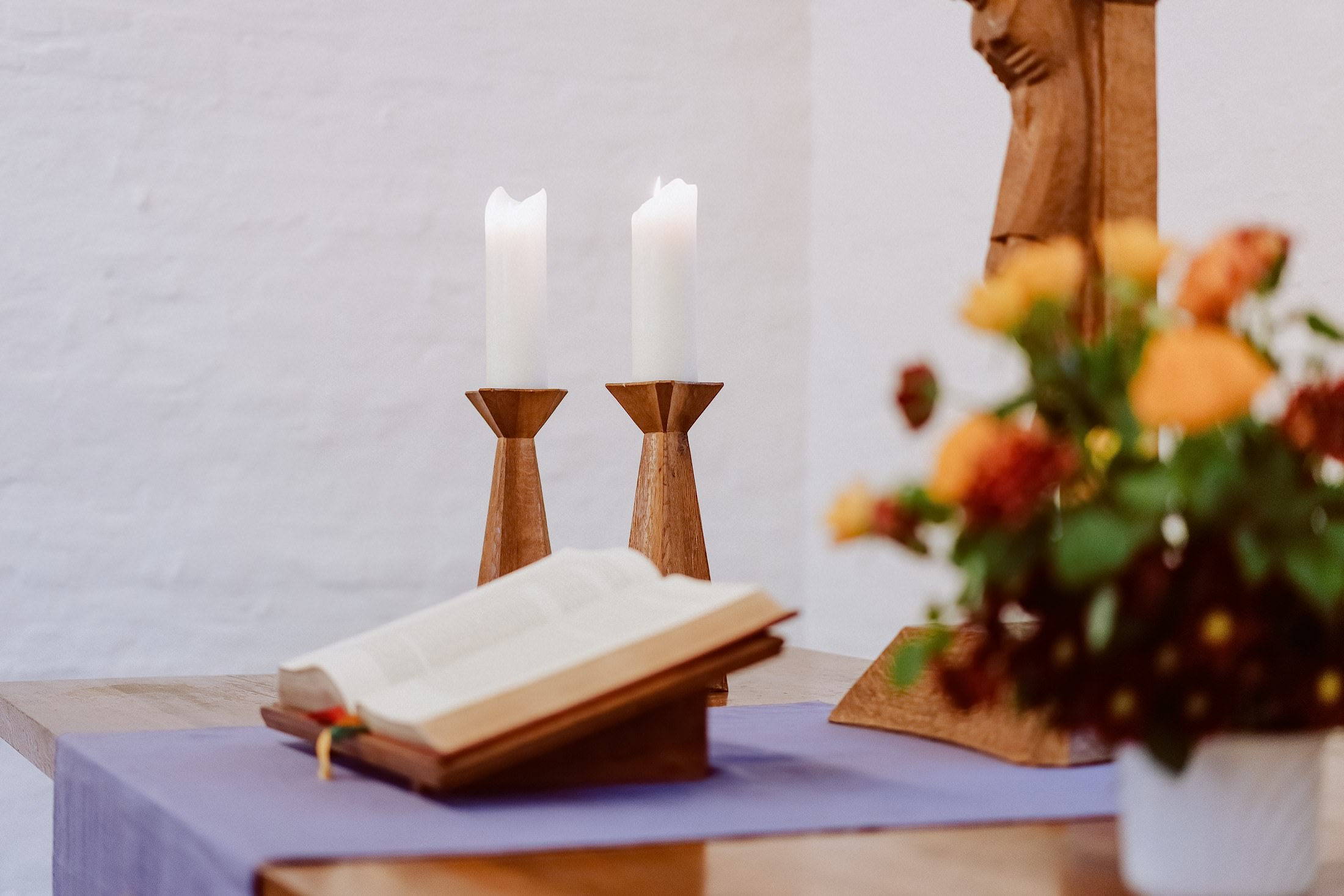 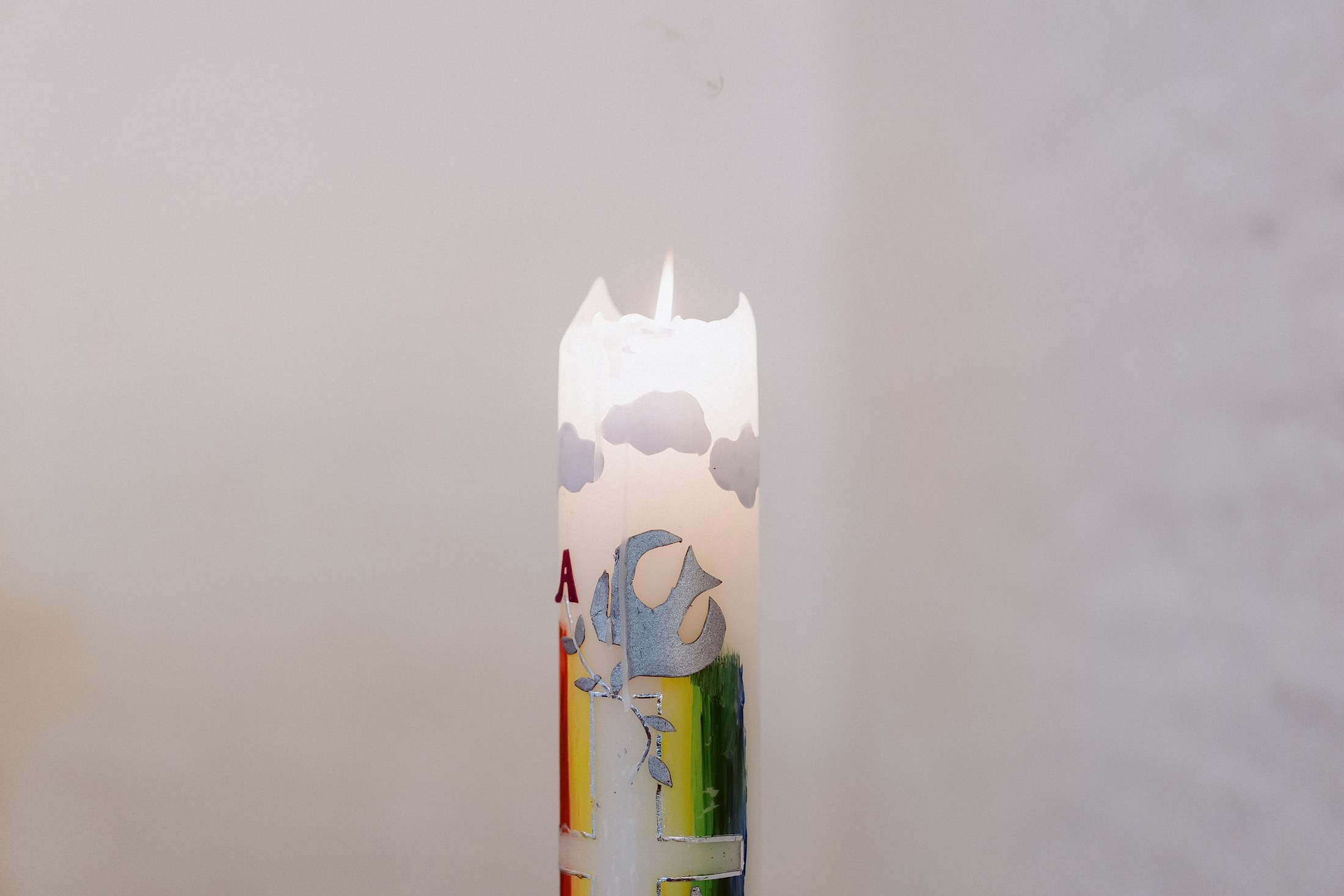 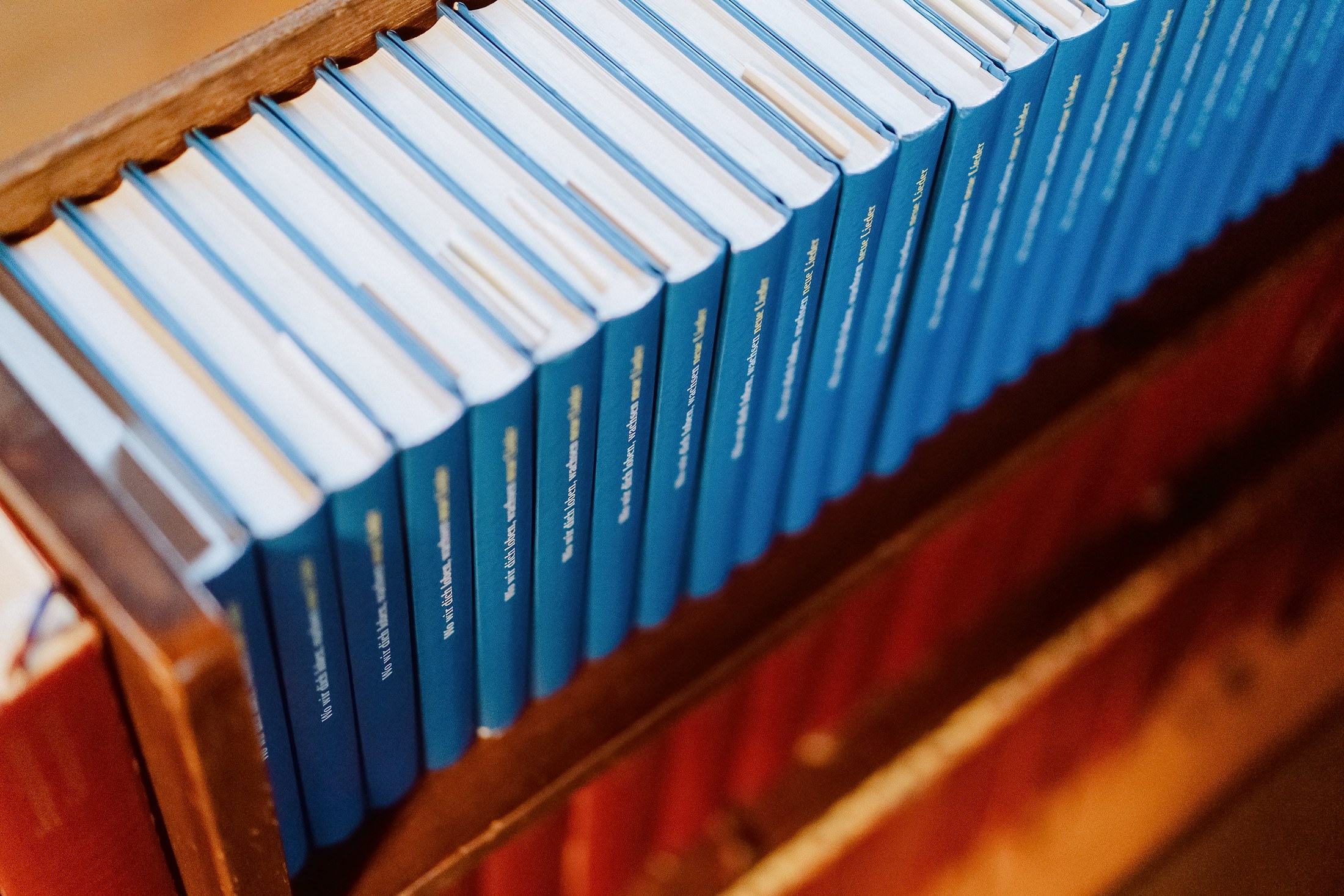 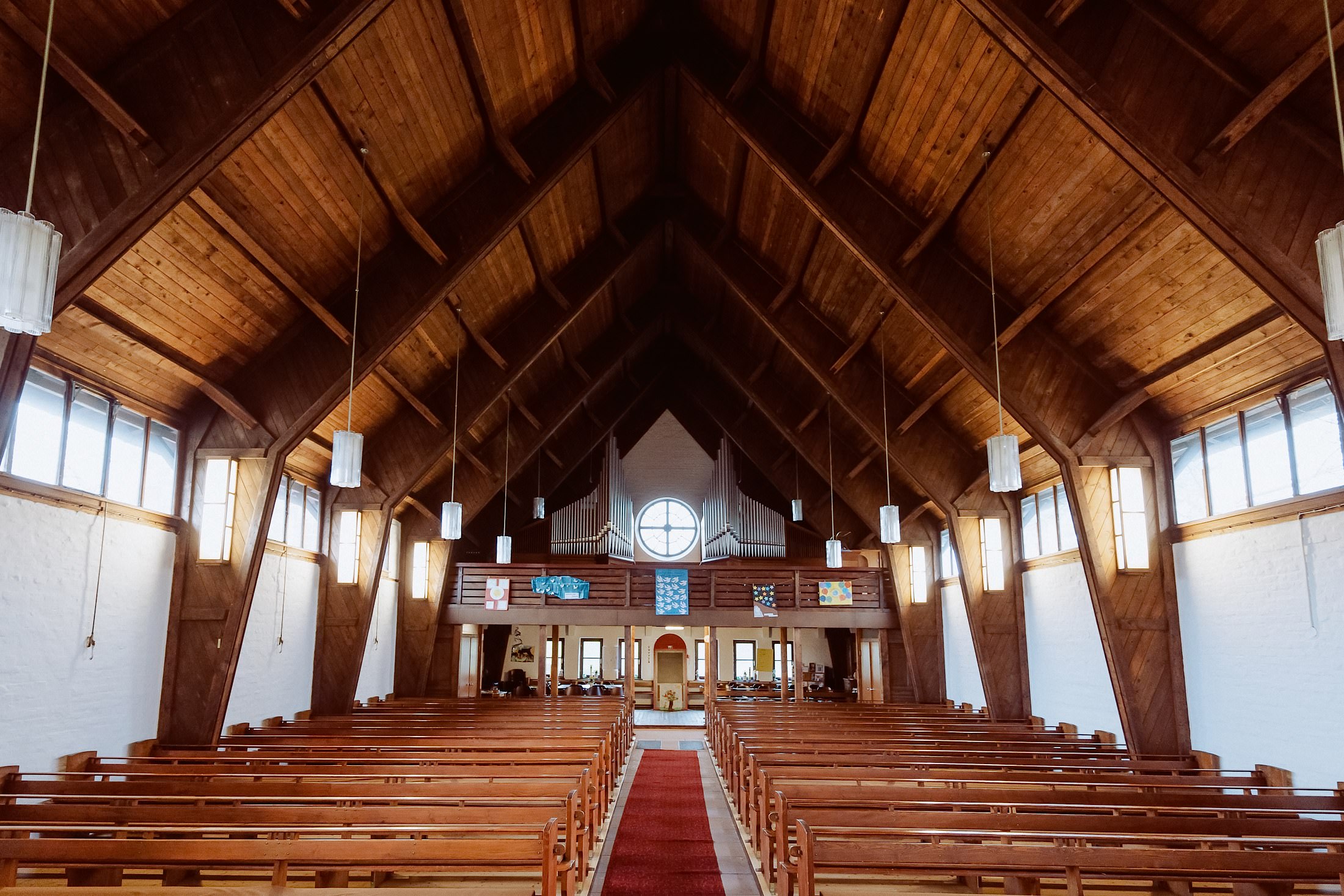